IMDB lists over 500 films that Hollywood’s greatest extra,Bess Flowers   appeared in  from 1923 to 1958. Spotting Bess is easy when you know what she looks like – tall, elegant,short hair style. She always looked so regal.

If there’s a society party going on, Bess is sure to be there. But what’s amazing about the IMDB entry is the diverse type of character Bess played in film after film –

Occasionally there was a line of dialogue – in All About Eve, she says to Anne Baxter,”I’m so happy for you,Eve.”

Bess sits at Judy Garland’s table at the Oscars in A Star Is Born.

She’s the star of Lana Turner’s play in Imitation of Life. 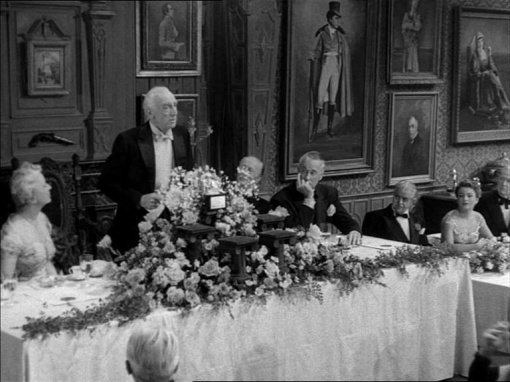 Bess Flowers at left.All About Eve

I spotted Bess recently in the public gallery of the court room in Witness For The Prosecution.
You wonder why no one interviewed her at length, and why she wasn’t encouraged to write about her Hollywood experiences. I read she did a TV interview in the 60s or 70s. 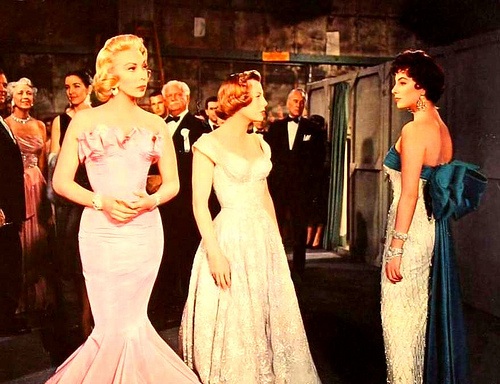 Bess at left. Dolores Gray,June Allyson,Joan Collins. The Opposite Sex.