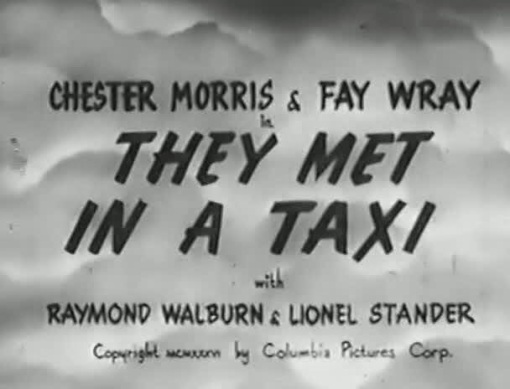 Another little comedy gem which only ran 60 minutes.
There are four principal players  – Chester Morris,Fay Wray,Lionel Stander and Raymond Walburn. They team perfectly in this light comedy.
Chester and Lionel are two taxi drivers, Jimmy and Fingers. The film opens with the two of them chatting beside their cabs.
Fingers hands Jimmy his watch saying, “My conscience had been bothering me, I lifted your watch last night.”
Jimmy replies,”Hey.listen,Fingers,didn’t that little stretch up the river convince you crime don’t pay?”
Fingers answers,”Crime and me are strangers. You misunderstand me,Jimmy. It ain’t pickin’ pockets. It’s the technique. That’s what fascinates me.
In order to see that I ain’t lost it,I got to try it out once in a while – on a friend.
What’s theory without practice!”

Fingers doing some pick-pocketing becomes a standing joke through the film. 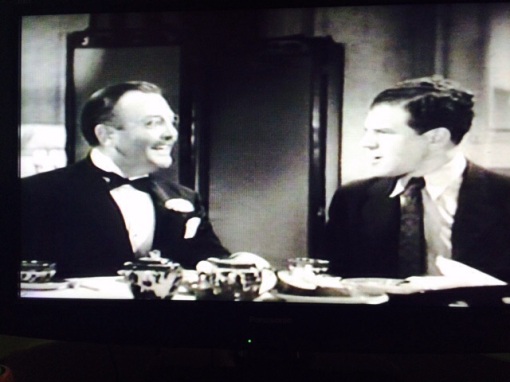 Jimmy has a regular customer in Mr.Clifton (Raymond Walburn) who is a newspaper society columnist. As he driving along,Jimmy asks Mr.Clifton how he became a society reporter.

Mr.Clifton explains, “I started out to be a police reporter but the first murder case I covered,I described the murderess’s gown so well,that I was shifted to the Society page.”

Jimmy leaves Mr.Clifton off at the home of a rich society family ( he is covering the wedding of the daughter of the family)

Jimmy waits outside for another fare and suddenly Mary(Fay Wray), in a wedding dress, dashes out and into the taxi,telling Jimmy to drive away. 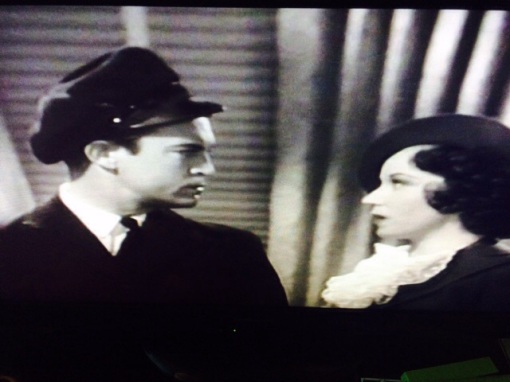 She tells him that she couldn’t go through with the marriage and asks for his help. He agrees as long as he gets paid for his time. He gives her a coat to cover the dress. She doesn’t want to go home for a while and he takes her back to his room.

There’s  a touch of It Happened One Night as Jimmy puts up a screen round his bed – she has to sleep on the couch.

Next morning,she cooks breakfast while he goes out to buy her some clothes – for which he expects to get paid. 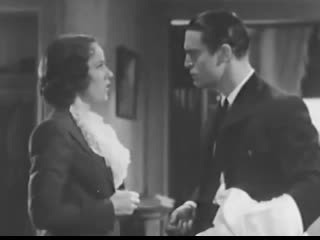 He comments,”You’ll have a lot to tell Park Avenue when you get back. You met one of the great unwashed who didn’t eat his peas with his knife.”

A nice twist in the tale is that Mary isn’t an heiress – she finally admits she is a model who was showing the wedding gown to the bride to be when a pearl necklace went missing and Mary is accused.

Jimmy,Mr.Clifton and Fingers end up helping to prove who the real thief is and the film ends with the  foursome eating spaghetti in Jimmy’s room. 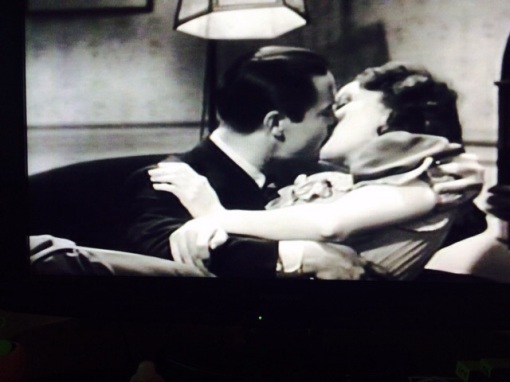 Ward Bond is in  one scene, as a policeman.

Lionel Stander is always funny and Raymond Walburn got a chance to be a more positive  character than he usually played.  Fay Wray was fine too as the girl in trouble.