Looking at a DVD cover of THE BANDIT OF SHERWOOD FOREST (1946), a friend asked me who played Robin Hood in that film. Silly question. I hadn’t seen the film but the cover showed Cornel Wilde and an older man whom I didn’t recognise.
So I immediately said Cornel Wilde.
Wrong answer…character actor Russell Hicks is Robin Hood in this film and Cornel is his son,Robert of Nottingham. 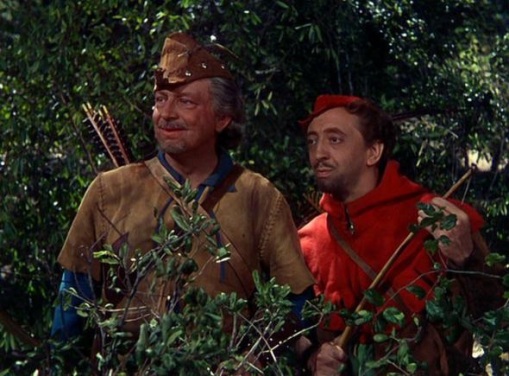 What a coup for Russell Hicks – adding his name to the many actors who have played the famous outlaw. 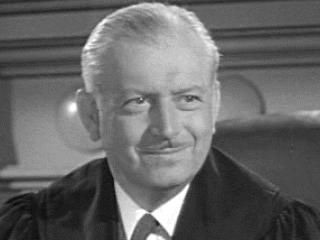 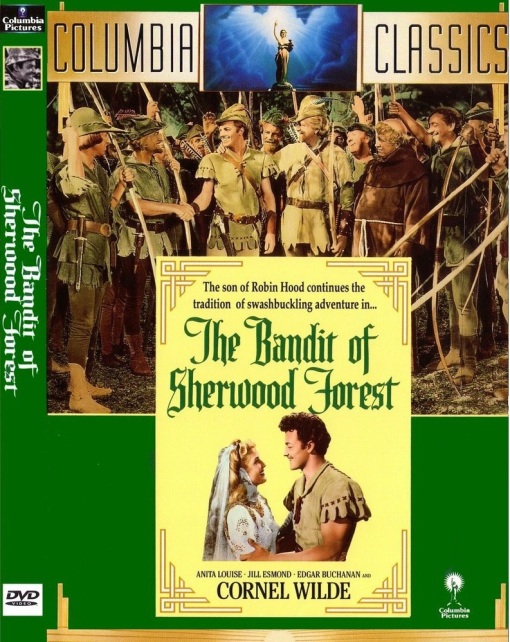 I’m sure Columbia would have preferred to have ‘Robin Hood’ in the film’s title. ( “The Son Of Robin Hood” was a proposed title.)

In this period of the late 1940s to the early 50s, none of the Robin Hood films had the character’s name in the title.

Surely Warner Brothers didn’t have some kind of copyright on the name?

The Bandit Of Sherwood Forest was in beautiful technicolor and had a great if unusual cast – Ray Teal as Little John,John Abbott as Will Scarlet and Edgar Buchanan as Friar Tuck.

The ideal bad guys are Henry Daniell and George MacCready.

There is no Lady Marian, but Anita Louise is Lady Catherine.. 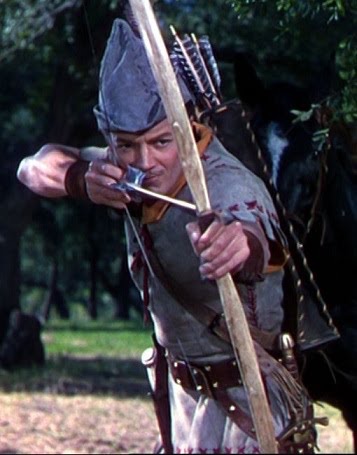 The one Robin Hood film that rarely gets mentioned is PRINCE OF THIEVES(1948) which starred Jon Hall,Patricia Morison ( and Walter Sande as Little John.) 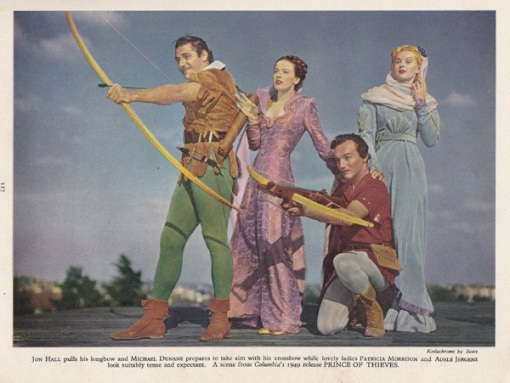 And in 1950,Columbia got busy again with THE ROGUES OF SHERWOOD FOREST, casting John Derek as the son of Robin Hood. 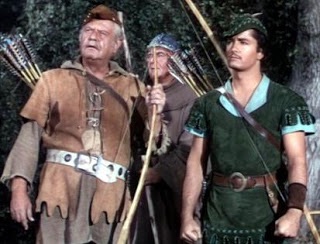 Other Robin Hoods in the classic era were Don Taylor,Richard Greene and Richard Todd. 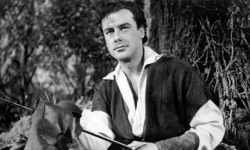 The Robin Hood name didn’t appear in titles again until the TV series,THE ADVENTURES OF ROBIN HOOD  with Richard Greene.

I read earlier this year that a new film was planned and would be called HOOD. (That’s as bad  as calling Agatha Christie’s Miss Marple,MARPLE  for the TV series.)

Of course, there is only one Robin Hood. 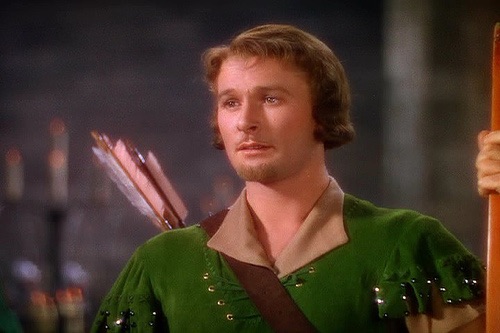 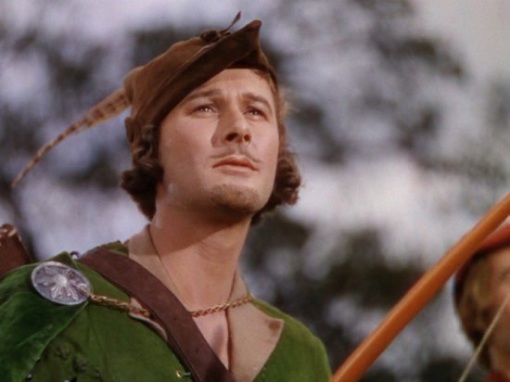