There’s a story about MAY ROBSON (from “A History of American Screenwriters and their Guild” by Miranda J.Banks) concerning a meeting of MGM employees in 1933.
Louis B. Mayer addressed MGM’s directors, writers, actors and dept heads . At the height of the Depression, Mayer asked them all to take a 50% cut in pay in order to save the studio.
Apparently May Robson stood up and said,”As the oldest person in the room,I will take the cut.”
I wondered just how old May was at the time and was very surprised to find out that this great character actress was born in Australia in 1858. She was a stage actress in the late 19th and early 20th centuries. She started working in New York in 1877 and was married twice, having three children,two of whom died in 1882, from diphtheria and scarlet fever.
May was married to a police surgeon from 1889 till his death in 1920.
Her son Edward was her business manager.
Her time in Hollywood was in the 1930s, where she worked steadily up until her death in 1942.

And what a career May had in Hollywood. The oldest actress to be nominated for an Oscar for her ‘Apple Annie’ in LADY FOR A DAY, she was Aunt Polly in THE ADVENTURES OF TOM SAWYER, ‘Granny’ in A STAR IS BORN, Aunt Elizabeth in BRINGING UP BABY. 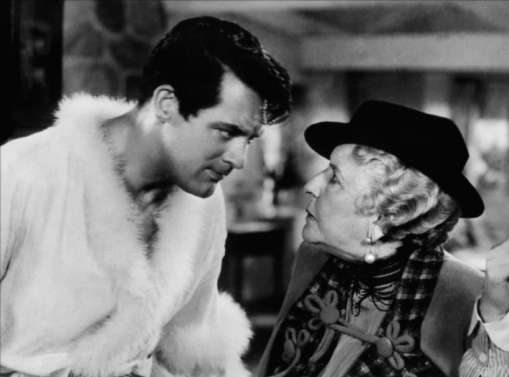 At age 79, she had her footprints at Grauman’s Chinese Theatre, the day after Fredric March – A STAR IS BORN was previewing at the time. 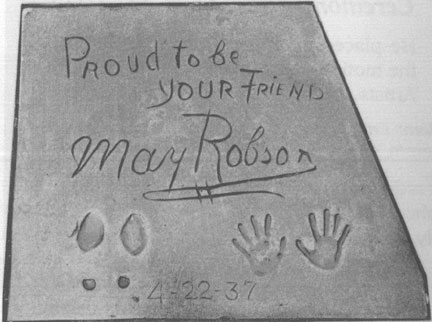 By the way, the end of that story of the MGM pay cut – 6 weeks later, all salaries were restored. It emerged that the only two groups who didn’t take a pay cut were the studio executives and the craft employees who had a powerful union contract.
This incident was inspiration for the creative talent unions to emerge.

May Robson was one of these wonderful character actors who came from a sound acting background and who added so much to any film they were in.
I always remember May’s exasperation in “Bringing Up Baby ” when she is trying to figure out what’s going on between her niece,Susan (Katharine Hepburn) and David Huxley ( Cary Grant) who keeps searching for a bone in her garden. 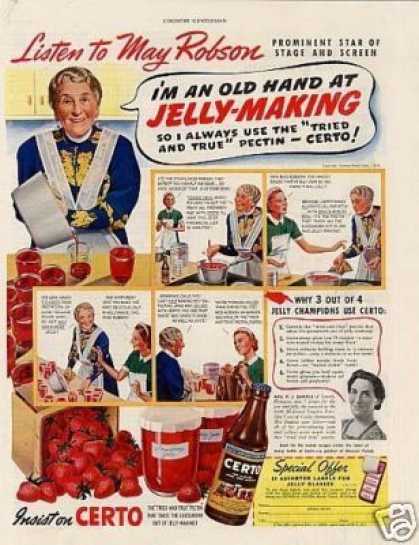