Hollywood movies were shown all  over the world, and sometimes the advertising posters were painted  differently from the American posters. And sometimes, foreign distributors had a problem with the American  title of a film, and they would be allowed to change it.

Some of the title changes can be amusing, or even better occasionally.

Sometimes ,like High Society, From Here to Eternity and Anchors Aweigh, the translation was exactly the same. 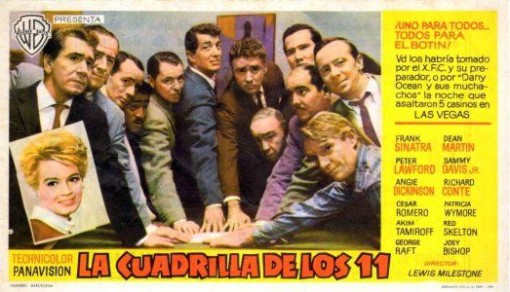 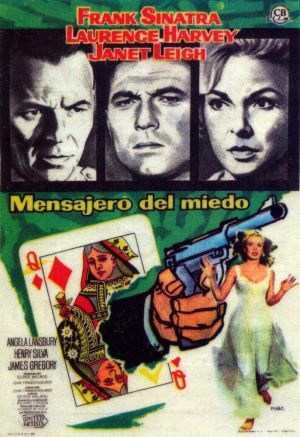 THE MANCHURIAN CANDIDATE.  (Messenger of Fear)

SOME CAME RUNNING. (Someone Will See)

I’m not too sure about this translation. 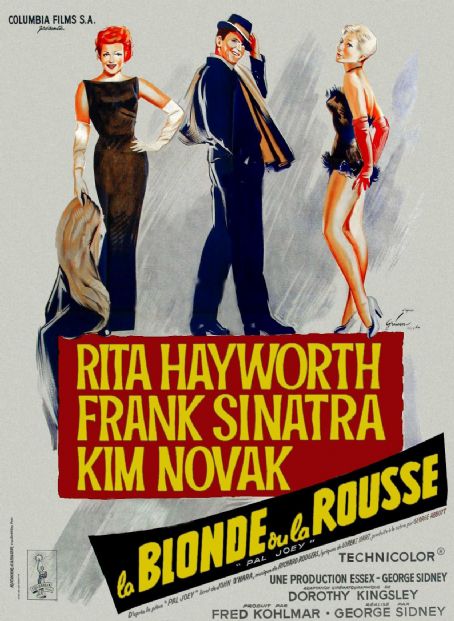 PAL JOEY. (The Blonde or the Red Head)

That classic pose of the three stars is so striking.

Actually, the whole point is that Johnny isnt a gunfighter!

The slash of red from Frank’s shirt is a wonderful contrast in this dramatic scene.

Really not sure about this translation!

What was wrong with ‘Suddenly’, I wonder. 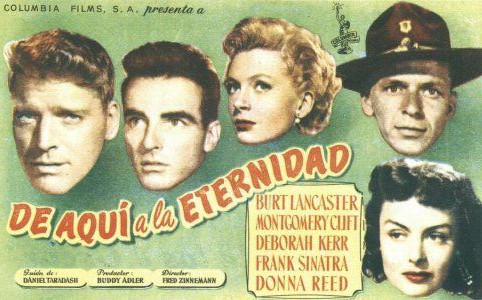 FROM HERE TO ETERNITY

Putting New York in the title was maybe seen as a boost.Broadway show titles like On The Town (or Pal Joey) possibly wouldn’t be known  at the time in Europe.

Do check out all the articles about Frank  at http://www.movieclassics.wordpress.com