How many ways can you say A LETTER TO THREE WIVES.

Most European countries stayed with the original title, but I like the  French title, DOMESTIC CHAINS! 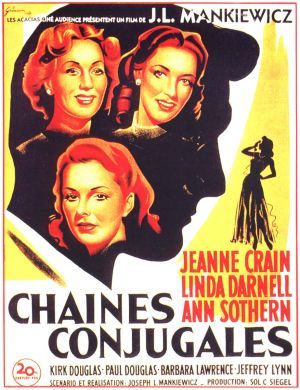 Well, it is about the three wives, so Kirk,Paul and Jeffrey don’t merit a picture. 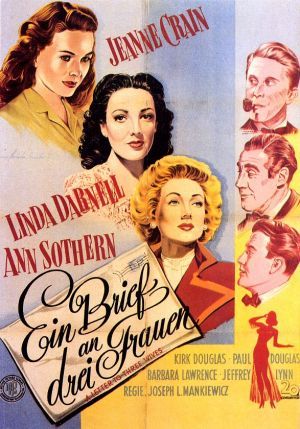 A LETTER TO THREE WIVES

Again, the ladies feature prominently(in alphabetical order),  but we do see the three husbands this time. 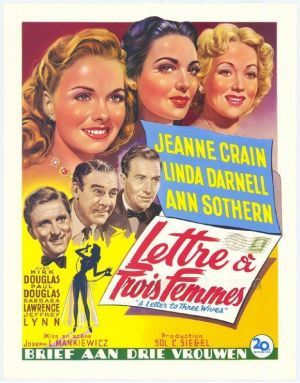 The portrayal of ‘Addie Ross’ is shown in shadow and in what looks like a negligee – the temptress! She seems to be on the telephone – spreading gossip, no doubt. She’s already sent the fateful letter. 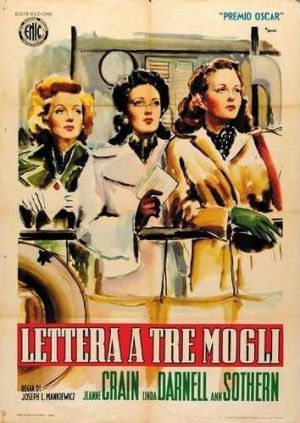 In this poster, the men are omitted altogether. It’s Jeanne,Linda and Ann who will sell the movie.

I like the way the ladies have been painted, lovely pastel colours  , with Linda holding  the all important letter. Is Ann holding the envelope? 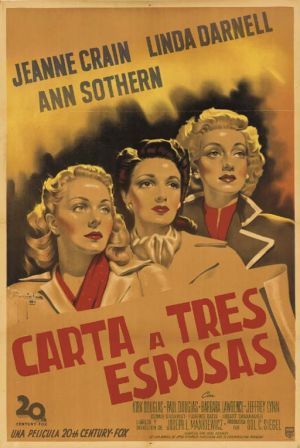 I wonder if Kirk,Paul and Jeffrey ever saw these posters ,with their names in very small print! Probably not.

In this poster, I guess the wives  have read the letter . They all look depressed. 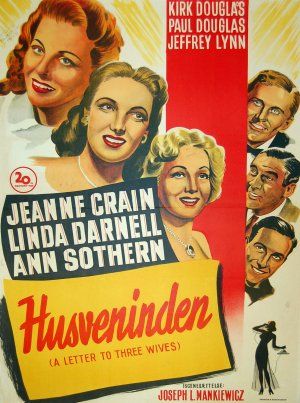 FRIEND OF THE FAMILY WITHIN

This poster is not nearly so well drawn. I can just about recognise Paul Douglas.

Maybe the title,FRIENDS OF THE FAMILY WITHIN, refers to the never seen’Addie Ross’.