DEWEY MARTIN , best known for playing Humphrey Bogart’s younger brother in THE DESPERATE HOURS, was born in 1923 and according to IMDB, is still with us.

I have been unable to find any news of him in recent years.His career came to a stop in 1978 at the age of 55. What he did after that, I have no idea.

I’d like to see this film,Tennessee Champ, from 1954, in which Keenan Wynn and Shelley Winters are  a husband and wife team who take on a new boxing prospect played by Dewey. 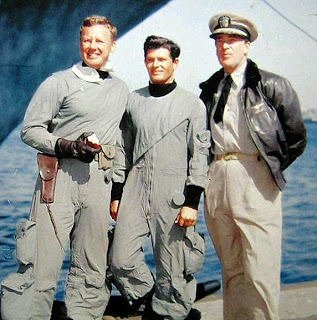 Aside from The Desperate Hours, Dewey is probably best known for being a Howard Hawks protege, appearing in THE THING FROM ANOTHER WORLD, THE BIG SKY and LAND OF THE PHARAOHS, all Hawks productions.

Yet his career never really took off. He only made about 20 films and then did some television including the part of Daniel Boone in 4 episodes for’Walt Disney Presents’.

The two films I most remember him from are The Thing and The Desperate  Hours. In the former ,he is in support of Kenneth Tobey and his quiet demeanour plays well in the Hawks band of airmen  who confront The Thing.

Dewey had a bigger role in The Desperate Hours, as the brother of gangster Humphrey Bogart, reluctantly drawn into a life of crime but wanting to escape. He provided a good contrast to the Bogart character.

I wonder if we will ever find out what he did with his life after leaving Hollywood.

I’m planning to watch  The Big Sky again, and of course, The Thing From Another  World is a must-watch every so often.

With Kenneth Tobey.THE THING FROM ANOTHER WORLD 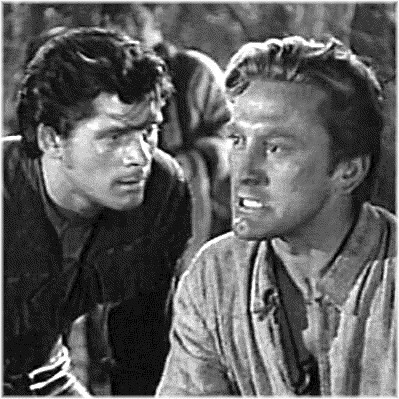 With James Robertson Justice and Howard Hawks.LAND OF THE PHAROAHS 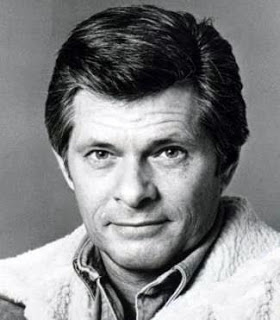