Thanks once again to the Film Noir Foundation, it’s possible to watch a half hour interview with child star,GORDON GEBERT.

Gordon spoke about his film memories to Alan K.Rode in Palm Springs in May,2015, after a screening of CHICAGO CALLING in which Gordon played Dan Duryea’s son.

Born in 1941, and speaking of his Hollywood experiences when he was just a young lad, he still managed to convey some of what it was like to be on a film set with people like Robert Mitchum or Charles McGraw.

Gordon is possibly best remembered as Janet Leigh’s  son in HOLIDAY AFFAIR(1949). He was also Burt Lancaster’s son in FLAME AND THE ARROW.

He remembers Janet Leigh’s beauty and how her friend,Elizabeth Taylor came to visit her on the set.

For HOUSE  ON TELEGRAPH HILL, he remembers a pleasant two weeks on location in San Francisco.

Gordon played the young Audie  Murphy in TO HELL AND BACK, and said he liked Audie who was very low key.

He was also in SADDLE TRAMP with Joel McCrea who was a great guy and easy to work with.

He commented, “The parts dried up – I wasn’t the cute kid…..I didn’t want to pursue serious acting.”

Gordon became an architect and now lives in Poughkeepsie.

The full interview can be seen as http://filmnoirfoundation.org 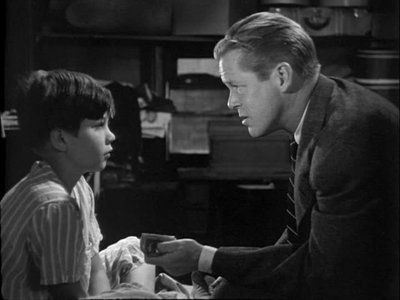 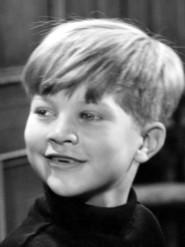