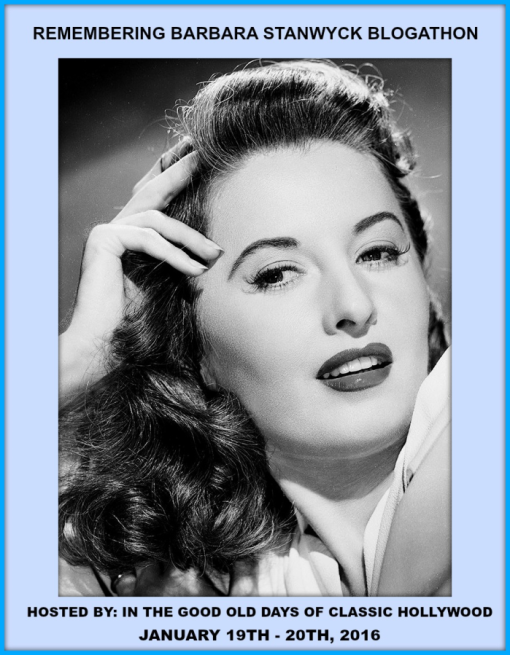 All the interesting articles about the great Miss Stanwyck can be found at http://crystalkalyana.wordpress.com

Foreign posters of Barbara’s films can be very interesting, especially because of the unusual translations for some of the film titles.

WITNESS TO MURDER.  (The only Witness)

You have to wonder, why bother changing it. Maybe they didn’t like ‘murder’ in the title.

I like that shot of Barbara and Gary Merrill. 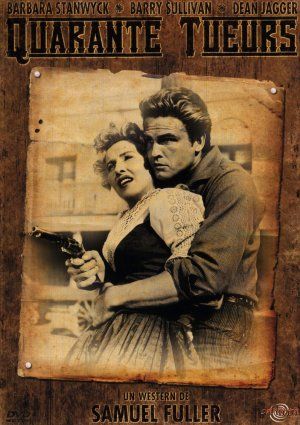 In contrast to Witness to Murder, here the word ‘killers’ is used , maybe more dramatic. Of course, that scene from the end of the film, is so dramatic.

i wonder how much control the Hollywood studio had over foreign advertising material.

THE MAVERICK QUEEN.   (My Lover and a Bandit) 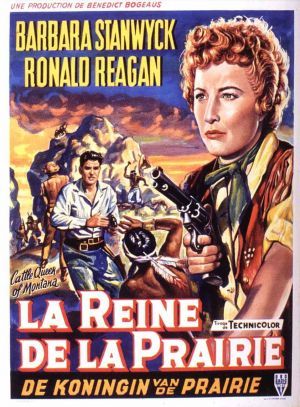 CATTLE QUEEN  OF MONTANA.   (Queen of the Prairie)

Maybe the French might not have been too familiar with Montana. 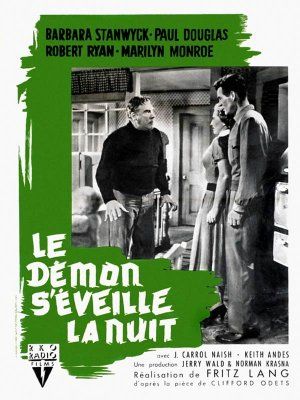 Another example of a change that doesn’t add anything.

No change. Nice black and white use of photos rather than paintings.

No mention of the first Mrs Carroll! 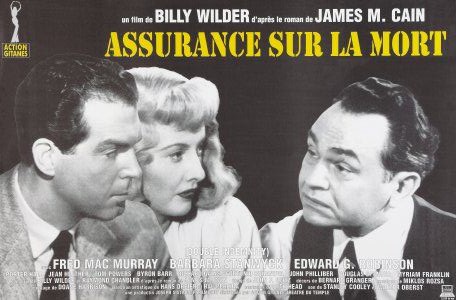 DOUBLE INDEMNITY.   (Insurance On The Death)

‘double indemnity’ was a legal term  used in the States.

Burlesque, maybe too American for Spain. I like the wording on the poster – Music!    Mystery!    Crime!

I think I have the right translation.

THE LADY EVE.  (The Three Nights of Eve) 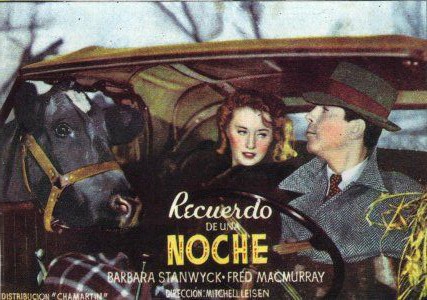 REMEMBER THE NIGHT. (Remember One Night)

THIS IS MY AFFAIR   (Her Last Chance)

A MESSAGE TO GARCIA. (Escape to Cuba)

Good depiction of John Boles, but that isn’t  Barbara!

BANJO ON MY KNEE  (Wildcat from Mississippi) 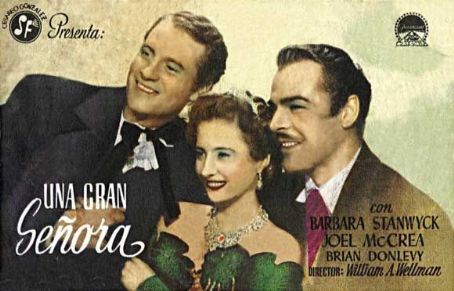 She’s on her own!

THE PLOUGH AND THE STARS

i initially couldn’t figure out the first part of this  translation . ‘Las Estrellas’ is the Stars, but ‘La Osa Mayor’ seemed odd.

In fact it is a literal translation of the star constellation known as ‘the Plough’ . ‘La Osa Major’ means Ursa Major – the great bear – which is the official name of the Plough group of stars.

THE BITTER TEA OF GENERAL YEN ( The Bitterness of General Yen.)