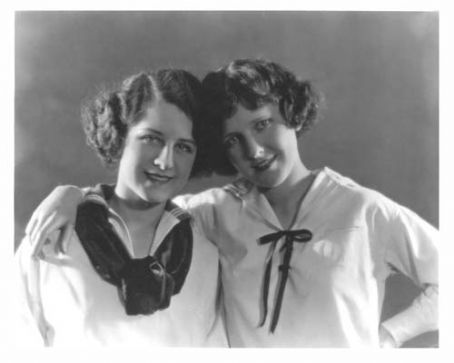 Isn’t this just gorgeous. Very young ladies in the early 1920s in New York.They could be sisters.

The only connection I could find between Jean Arthur and Norma Shearer was that they were both models in New York before they both went to Hollywood.
Norma reigned at MGM , but the path wasn’t so easy for Jean who struggled in silent films for 6 years and would only achieve stardom in the middle 1930s. Stardom which only lasted for less than a dozen years.
I hope to write more about Jean Arthur soon.