The first thing I learned about Mr. Dumbrille was that his Christian name ends in two S’s, despite how you may see it on credits or posters.

This well known character actor  was born in Hamilton,Ontario. 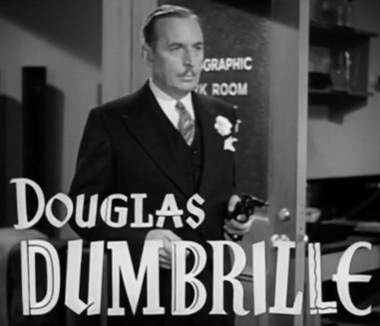 He appeared in over 200 movies and was generally villainous,pompous ,officious and always moustachioed. He was never an underling – a general, a district attorney, a nightclub owner, a businessman – or a sheik – or Buffalo Bill (in The World  Changes,1934). And  slave trader in THE ROAD TO ZANZIBAR.

He was Athos to Don Ameche’s singing D’Artagnan in the 1939 THREE MUSKETEERS. And George Washington in MONSIEUR BEAUCAIRE (1946).

He was the  nasty Mr.Cedar whom Mr. Deeds finally stood up to in MR  DEEDS GOES  TO TOWN.

He put on a wig and held Jeanette MacDonald’s  hand in NAUGHTY MARIETTA. And he joined her again in  THE FIREFLY.

He was a French policeman in Carole Lombard ‘s THE PRINCESS COMES ACROSS.

In LIVES OF A BENGAL LANCER, he is the one who says to Richard Cromwell, Franchot Tone and Gary Cooper,

“We have ways to make men talk.” 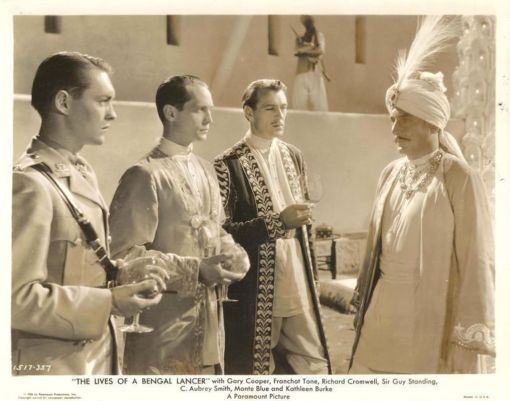 You recognise him instantly, but then wonder, is it Henry Daniell or Lionel Atwill.

Versatility should have been his middle name. He was even a westerner and a good guy, an upright sheriff in 1945’s FLAME OF THE WEST.

Strangest of all his films is one called THE KANGAROO KID (1950), made in Australia, with a cast including Jock Mahoney,Veda Ann Borg and Martha Hyer.

Mahoney goes to Oz to catch a criminal. It just so happens several Americans have settled in the town of Gold Star!

I haven’t seen it, but no doubt Douglass will be the baddie.

We know of Hollywood stars going to England to make films, but it’s a long way to Australia.

Also strange is that Hollywood went to Australia again for the 1952 film,KANGAROO ( with Maureen O’Hara and Peter Lawford.).