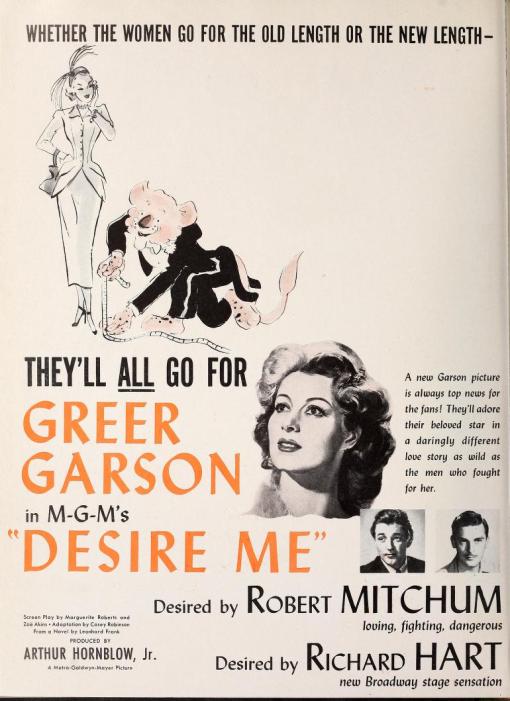 How desperate was MGM, to release one of their A list films  without a director credit. Did they hope the public wouldn’t notice.

In view of the $4 million cost of the film, they couldn’t afford to shelve it.

Was it so bad that no one would take credit for it. (Oh, to see the daily production reports on this film!)

It appears George  Cukor was mainly responsible for the direction but was fired by producer Arthur Hornblow. It’s likely Mervyn LeRoy finished the production, though Jack Conway and Victor Saville may have had a hand in it too.

Based on a 1920s German novel,”Karl and Anna”, the script writers were all top notch – Casey Robinson, Marguerite Roberts and Zoe Akins.

Whatever happened ,this was an expensive flop for MGM and neither Cukor or LeRoy wanted their names on it, probably because neither felt it was their film.

I found the following picture of Greer Garson, which is quite clearly from That Forsyte Woman!

Mervyn LeRoy said, “They had a good cast but a rotten script.” 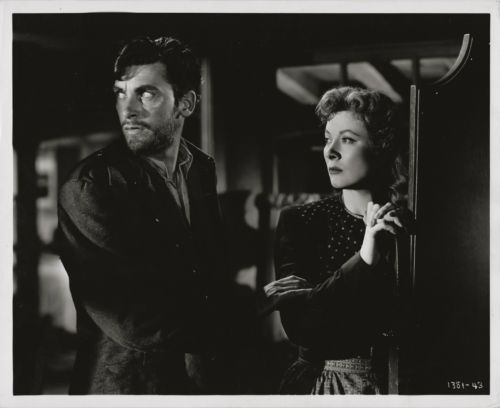 It’s a long time since I watched Desire Me and I just remember that Bob Mitchum as a  French fisherman just seemed  miscast. ( Fortunately, none of the three leads tried a French accent).

The story in a nutshell is that Greer believes her husband (Mitchum) was killed in the war. Hart turns up and says he knew her husband well and that her husband told Hart so much about their life together.

Mitchum ( whose part is smaller than Hart’s) turns up,alive and well, just as Garson and Hart are forming a bond.

I think it could have worked if they had simply set the film in the USA instead of France – and changed the leading man’s occupation – and provided Greer with appropriate costars.

It could have survived as a romantic melodrama.

As with Katharine Hepburn  in Undercurrent, Robert Mitchum, even if they hadn’t made him a Frenchman, was not an ideal costar for Greer Garson.

According to TCM, Robert Montgomery was originally cast as the husband but had to leave to start Lady in the Lake after delays in the filming.