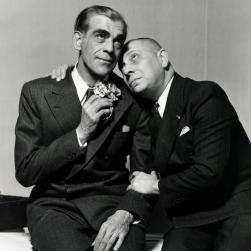 I love the history of the black comedy,ARSENIC AND OLD LACE; that on the stage, the part of Jonathan Brewster ( the bad apple of the Brewster family) was played at various times by Boris Karloff ( who created the role), Bela Lugosi and Erich Von Stroheim.

The play on Broadway ran from 1941 through 1944. Erich Von Stroheim took over the vilłain’s part from Karloff and played it for a year and a half.

Bela Lugosi played it in Los Angeles and on tour.

When it came to casting the film, Warner Brothers wanted Karloff, but the Broadway producers couldn’t afford to lose him for the 8 weeks of the filming, as he was the big draw.

They wanted Warners  to wait till June 1942 when Karloff’s contract was up.

However, they agreed to allow Josephine Hull,Jean Adair ( the dotty aunts) and John Alexander (Teddy) to take time off for Hollywood.

The producers also insisted that, although the film was made in 1941, it would not be released till after the Broadway show closed – it was a smash hit and didn’t close till 1944.

So Frank Capra shot it quickly and Warner Brothers shelved it for 3 years. 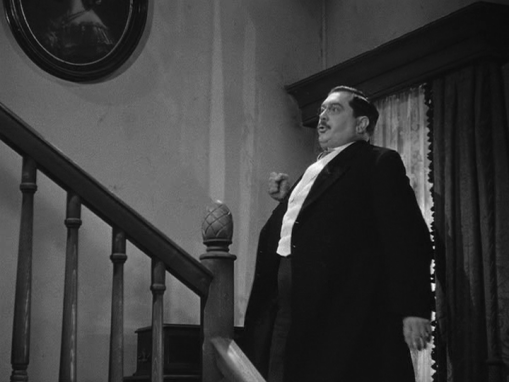 The wonderful,John Alexander who thinks he is Teddy Roosevelt.

Edward G.Robinson was considered for the part of Jonathan, but it went to Raymond Massey who ends up looking like Karloff, after Dr.Einstein , the plastic surgeon (Peter Lorre) has given him a new face.

Cary Grant may not have been the first choice for the role of Mortimer Brewster. Bob Hope was considered , but Paramount wouldn’t loan him out.

On Broadway, the part of Mortimer was played by Allyn Joslyn.

Clinton Sundberg took over from Joslyn. 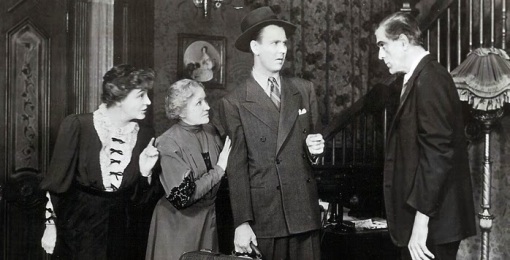 Originaly   called “Bodies in Our Cellar”, Arsenic and Old Lace has been a success ever since it was first produced on Broadway. It was an enormous personal and financial success for Boris Karloff who was reluctant to do the stage role. Ten percent of the whole enterprise ,plus a salary of $2,000 a week were the persuaders!

As his percentage included the film rights, he was happy to let the line, “He said I looked like Boris Karloff” be in the screenplay.

When spoken by Karloff, the line always brought the house down.

Billie Burke and Helen Hayes played the   aunts, Abby and Martha in the 50s TV version.

Arsenic and Old Lace is fast and furious and I love  it.

A sample of the dialogue.

Mortimer (Cary Grant ) is visiting his two aunts and finds a body in the window seat.

Mortimer:”Men don’t just get into window seats and die.”

Abby: “The gentleman died because he drank some wine with poison in it. Now I don’t know why you are making such a big deal over this,Mortimer.

Dont worry about a thing.”

Another body in the window seat. The aunts are not pleased. 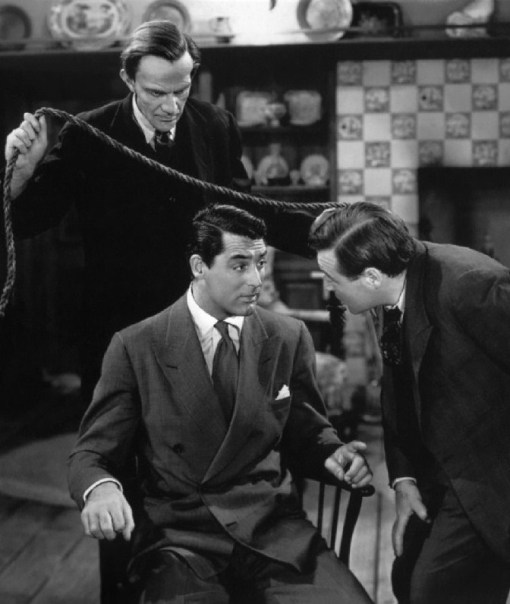 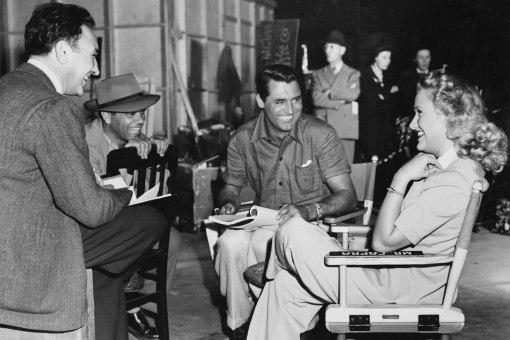 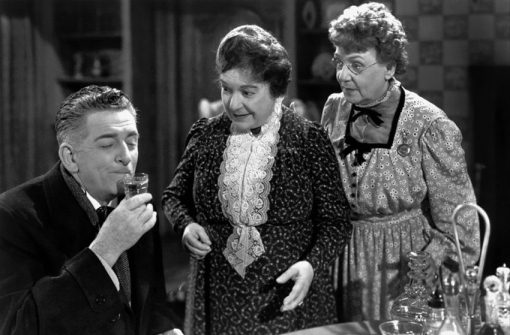 Cary was never happy with his performance in the film – he thought he overplayed it. He gave his salary to wartime charities.

The cast in the graveyard which has a tombstone with the name Archie Leach on it. 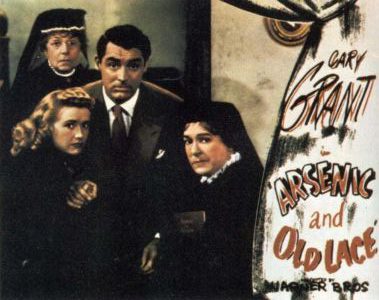 The aunts are dressed for the funeral in the cellar of their latest victims. 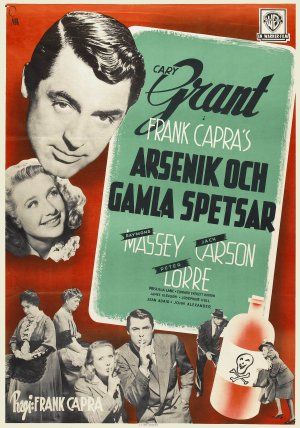 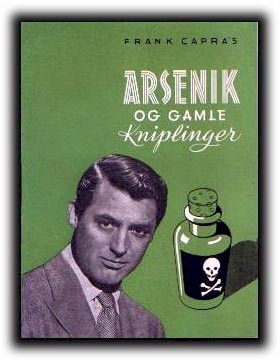 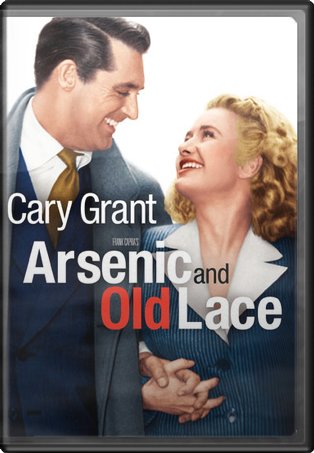