For 25 years, from  the age of five, FRED ASTAIRE sang and danced with his sister ADELE. They were the toast of Broadway and London, starring together in ten Broadway musical comedies from 1917 to 1931.

Their career is covered in Kathleen Riley’s 2012 book,” THE ASTAIRES,FRED AND ADELE.” It’s an excellent book and a much needed history of this unique twosome.

Quotes from the book are in italics.

“Had he never entered films, Fred would still have a secure place in entertainment history as one half of a legendary partnership.”

Adele was born in 1897 and Fred in 1899. By 1905 they had moved to New York with their mother, and were soon performing in vaudeville.

“By the time Fred was 16, he assumed much of the managerial burden of the partnership…..including the selection of songs and other material.

Adele happily let her brother make the decisions for them.

“By all accounts, Adele was a natural clown, a wonderful madcap,outrageous and dazzling.”

Sadly, all that we have on film of Adele is a snatch of  a mock rehearsal for the 1930 show SMILES. Producer FLORENZ ZIEGFELD is on stage  and calls for the dancers to come on stage. Marilyn Miller, Fred and Adele do a little side step from the wings ,then stand in front of Ziegfeld. He tells them, “I didn’t mean my $10,000 a week dancers.”

Sheepily, they shuffle off stage again.

Unfortunately,Adele is obscured by Marilyn. We just get a glimpse of her.The footage runs less than a minute and can be seen on You tube. 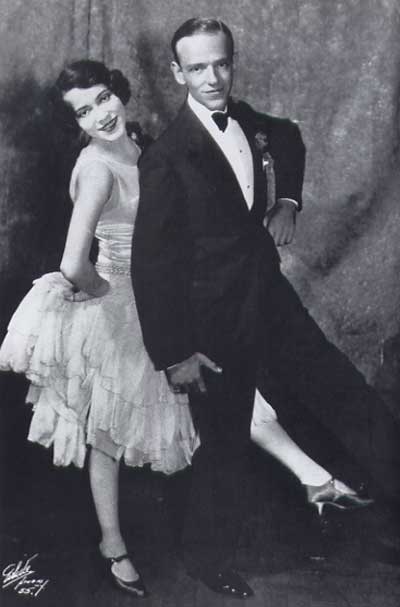 Still, there are lots of wonderful pictures of Fred and Adele, and we are fortunate that they were involved in early recordings in the 1920s.

To hear them in 1926 singing ‘Fascinating Rhythm’, with George Gershwin at the piano ( from LADY BE GOOD) is wonderful.

Another cute song, with Fred cautioning his sister about her love of dancing. Her answer to everything is ‘I’d Rather Charleston”. They sing so well together.

Songs  can also be heard from their last show together,THE BAND WAGON in 1931. The 1953 film The Band Wagon used only some of the songs but a completely different story.

“The Babbitt and the Bromide’,sung by Fred and Gene Kelly in ZIEGFELD FOLLIES OF 1946, was originally done by Fred and Adele in Lady Be Good.

In their show,THE BUNCH AND JUDY, Adele played a dancer who gave up the stage to marry an English lord.

And that’s exactly what happened in real life.Adele left the cast of The Band Wagon in Chicago. “The last dance she and her brother performed on stage was ‘White Heat’ “

Adele married Lord Cavendish in 1932 and moved to Lismore Castle in Ireland. Fred visited them many times. Adele was widowed in 1944 and she married again to Kingman Douglas ,an American businessman.

Adele had left show business at the pinnacle of her career. Perhaps,like Fred, she would have succeeded in Hollywood too. 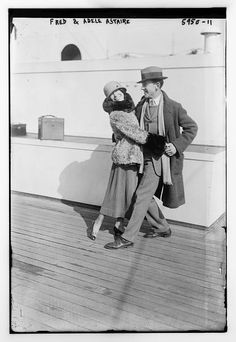 Fred was sometimes regarded as the junior partner . When he did his first show without Adele – The Gay Divorce – one unkind reviewer said, “One thing is certain….two ASTAIRES are better than one.”

But, of course, Fred went on to even greater success in Hollywood . He and Adele remained close throughout their lives. 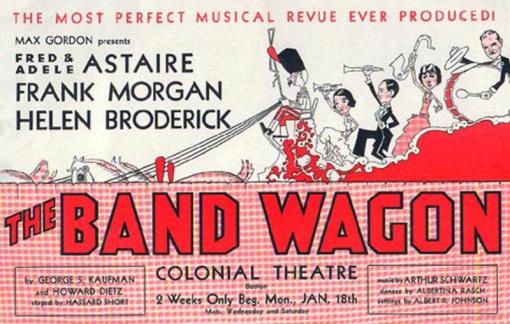 Doesnt this look spectacular . Fred and Adele in the middle. From Band Wagon. 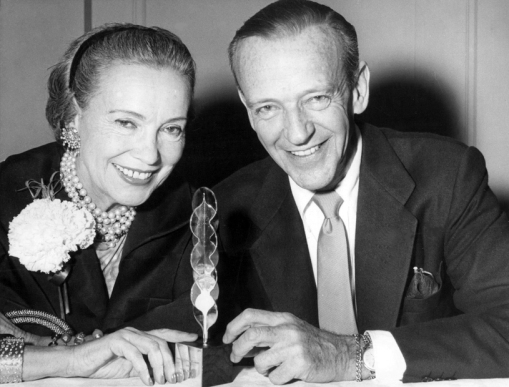