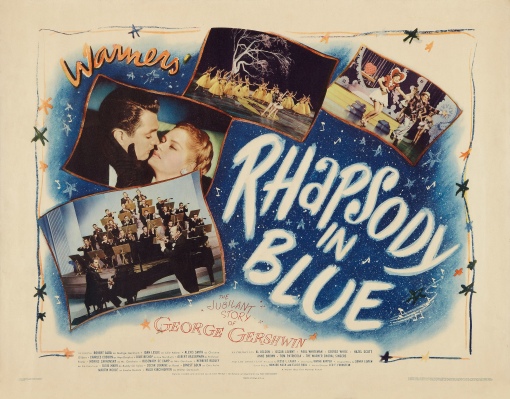 Well, RHAPSODY IN BLUE (1945) is one of those typical biopics which string together a script which doesn’t bear a lot of resemblance to the real life of the subject. In this case it’s GEORGE GERSHWIN, composer of so many classic songs, many written with his brother,the lyricist IRA GERSHWIN.

Robert Alda and Herbert Rudley play the Gershwin brothers. The film was made by Warner Brothers  only 7 years after George Gershwin had died and Warners were able to use several people who knew Gershwin and had performed his music.

Ira Gershwin served as a consultant on the  film. Oscar Levant was a friend of Gershwin’s and he dubbed Robert Alda’s piano playing.

Al Jolson   reprised “Swanee” which he had introduced in the 1920s.

I tend to concentrate on the musical numbers in these films and the one I re-discovered in Rhapsody In Blue is SOMEBODY LOVES ME, sung and danced by Tom Patricola and JOAN LESLIE.

I’ve now watched it several times and love it each time. I’m sorry I can’t put the video link here, but it can be found on You Tube.

Joan does very well with the dancing and is dubbed by Sally Sweetland. The number is well choreographed and runs several minutes.

But the discovery for me was Tom Patricola (1891 – 1950) who had a very pleasant singing voice and danced well with Joan. I just wish we had heard more of Tom’s singing.

Tom had been a leading comedian in the George White  Scandals  from 1923 to 1928. In the 1924 Scandals on Broadway he took part in a sketch in which ‘Somebody Loves Me ‘ is performed by Winnie Lightner. So it must have brought back memories for Tom, doing the song 20 years later.

During his Broadway career, Tom also danced and played the ukulele.

I wonder why Hollywood didn’t use Tom more. He reminded me of Ray Bolger. 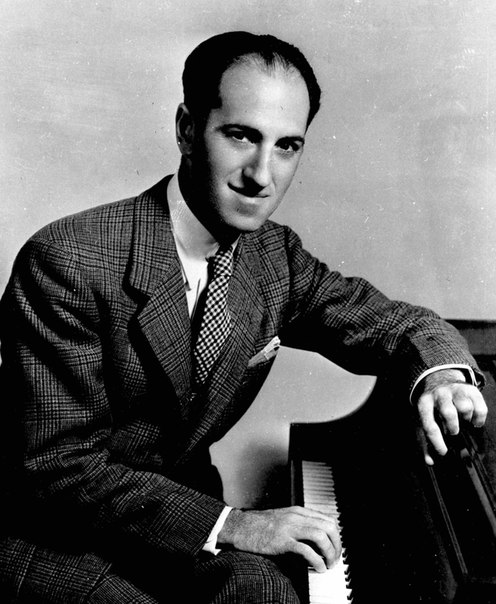 Conductor Paul Whiteman had introduced Gershwin’s “Rhapsody in Blue” back in 1924 . So a nice touch to have him in the film. 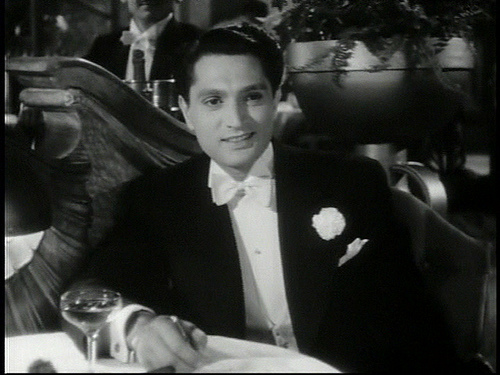 Robert Alda was adequate in the lead. I think this was his first film . I read that John Garfield had been tested. A pity he didn’t get the part.

Alda made two other films at Warners (The Man I Love and Nora Prentiss) before turning to the theatre and television. He created the role of Sky Masterson in Broadway’s “Guys and Dolls.”

In a better script, Herbert Rudley as Ira would have had a bigger role.Ira’s lyrics were perfect for his brother’s music.

Charles Coburn plays a theatre impresario, and in this scene, we can see a Gershwin self portrait . 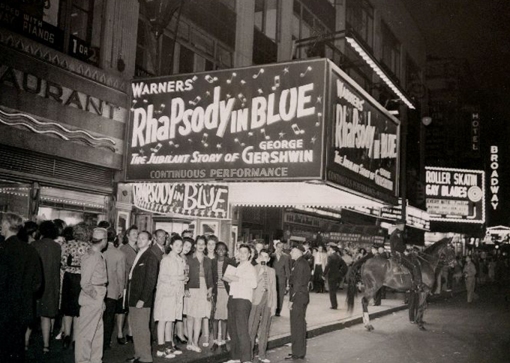 Ah, the days of continuous performances . A mounted policeman on duty at the film’s opening in New York. 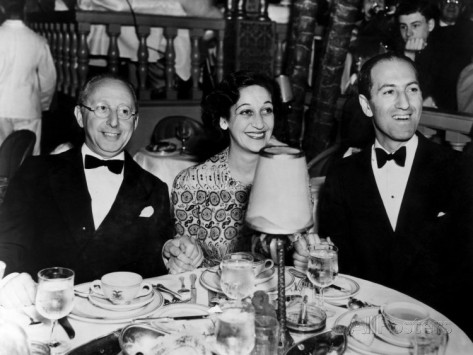 Another direct link to George Gershwin – Anne Brown sings “Summertime”. Anne created the role of ‘Bess’ in PORGY AND BESS (1935) 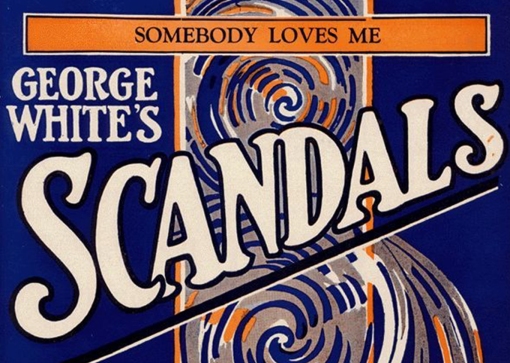 The original announcement of  ‘Rhapsody in Blue’ being played for the very first time – in New York. George Gershwin was only 24.

So, not a Rhapsody in Blue full review, but a little Valentine to Tom Patricola. Excuse me while I watch that number again.