My favorite character in Warlock is played by Richard Widmark, maybe because he undergoes such a change, from being a footloose cowboy looking out for his younger brother,Frank Gorshin, to becoming the town deputy sheriff who must stand up to Henry  Fonda and Anthony  Quinn, the town tamers  for hire . 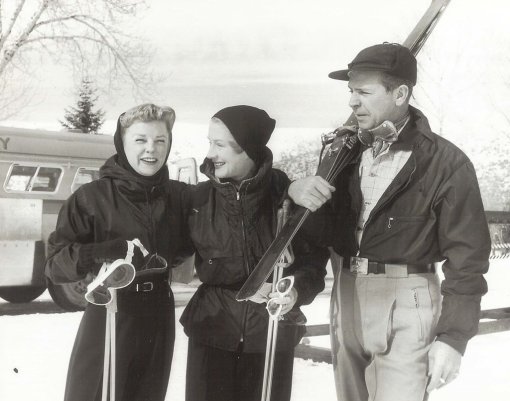 June Allyson and husband Dick Powell get skiing  lessons from Norma Shearer who was married to ski instructor,Marti Arrouge.

It’s screen-grabbing Lyle Bettger, plotting blackmail on the phone to Barbara Stanwyck in NO MAN OF HER OWN. Nobody does it better! 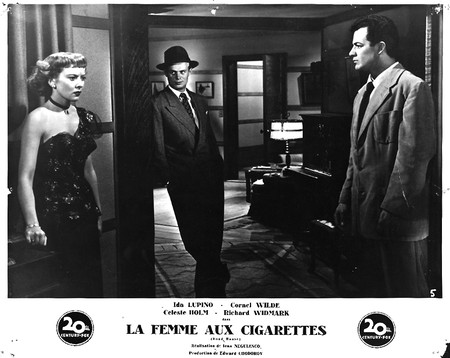 Love that French title for ROADHOUSE – The Woman With Cigarette!

She did smoke too much! 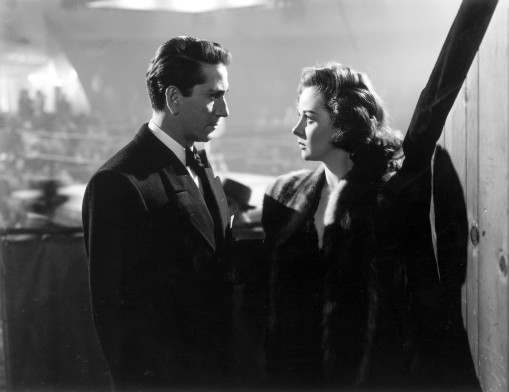 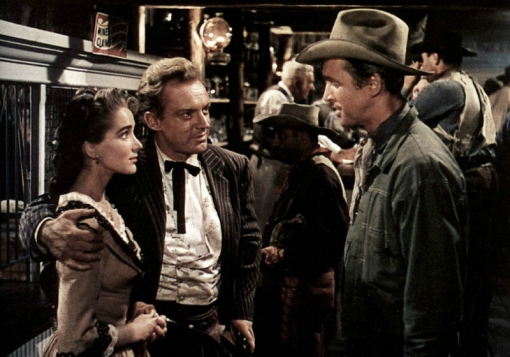 Arm round the shoulder, just to let James Stewart know what’s what when he greets Arthur  Kennedy and Julie Adams in BEND OF THE RIVER.

At last. he is caught. She isn’t crazy. 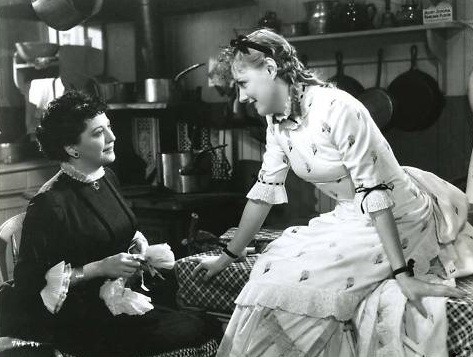 Helen Morgan recreates her role of Julie in SHOW BOAT, with Irene Dunne as Magnolia. ( Irene has also played Magnolia on stage.)

Great shot which doesnt look staged. They both seem to be observing action going on near them.