New to me was finding that ALAN LADD had featured in a series of 9 comics by DC Comics in 1949. It’s not surprising that the publishers licensed rights to use celebrity images.

At the height of his popularity, I’m surprised there were only 9 issues. The first 6 had Alan on the cover but the remaining three didn’t.

Whoever did the comic strips didn’t bother too much making his drawings  look like Alan.

It looks like Alan posed for the cover photos. I don’t recognise them as scenes from his films.

I haven’t seen any of the comics, only the covers. The first issue mentions CHICAGO DEADLINE.

I found some other covers of a Bob Hope comic which apparently ran for years. Other than western star comics, I wonder if any other big star had a comic named after them. 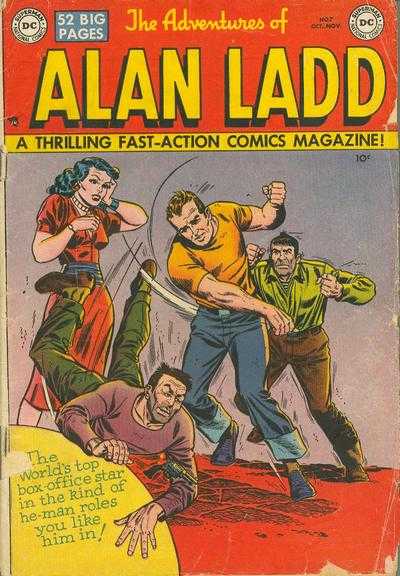