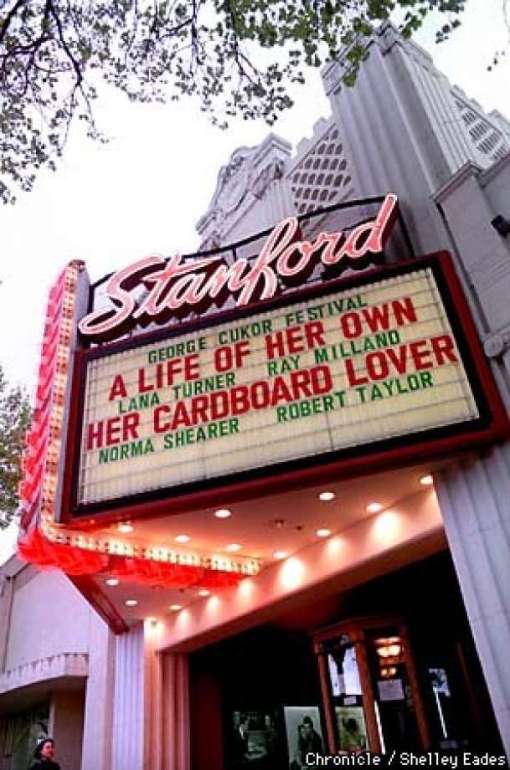 Why? Because it has an old style movie palace which shows classic film double bills ALL THE TIME!

And a Mighty Wurlitzer organ. And 35mm prints too.

The STANFORD THEATRE was bought by David. W. Packard of the David and Lucile Packard Foundation in 1987. After spending over $100 million  and restoring it to its original splendour, the theatre re-opened in 1989 with a showing of THE WIZARD OF OZ. 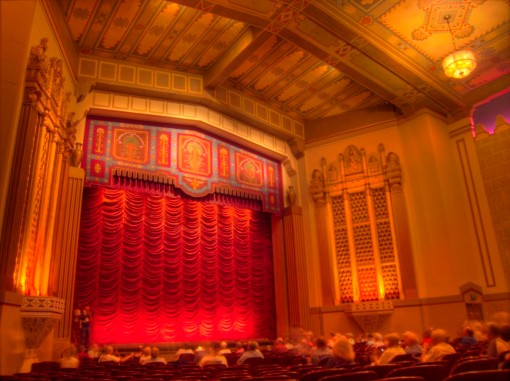 Examples of their programming over the summer of 2016 include double bills of ALL ABOUT  EVE/THE GHOST AND MRS MUIR;

BORN YESTERDAY/ IT COULD HAPPEN TO YOU;

In a LA Times interview by Kenneth Turan in March,2016, David Packard  said : “I’m a lucky guy who’s had the resources to support things I care about. I’m doing this because I love these movies and I want them to survive.”

With close ties  to UCLA, the Packard Humanities Institute has funded a $150 million facility at Santa Clarita to house the  UCLA Film and TV Archives. It is designed for storage of nitrate film, research and film preservation. 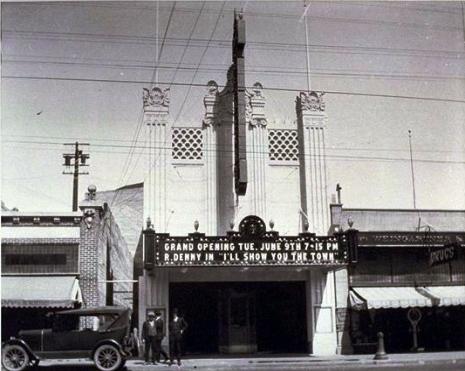 The Stanford opens in 1925 with a Reginald  Denny film, I’ll Show You The Town. 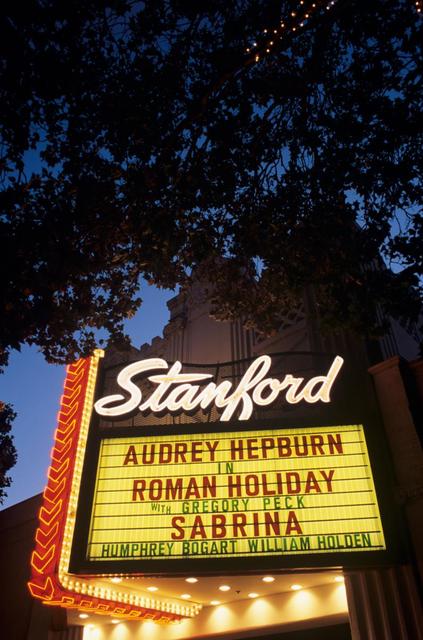 The Stanford website has a wonderful section where you can view all the films that the Stanford showed during the classic years. All collated from the Palo Alto Times newspaper.

eg. On July 1st,1948, the  Stanford had T MEN and THE WOMAN IN WHITE, Thursday thru Saturday. 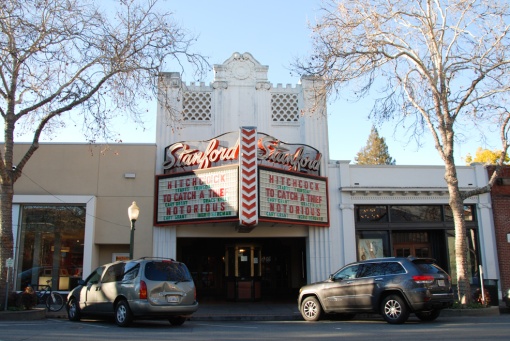 Through recent years, there have been countless festivals at the Stanford – Olivia De Havilland’s centenary,

Film Noir and Pre-Code..     The Films of Deanna Durbin.

And their double bill festivals run to 30 or 40 films on occasion! 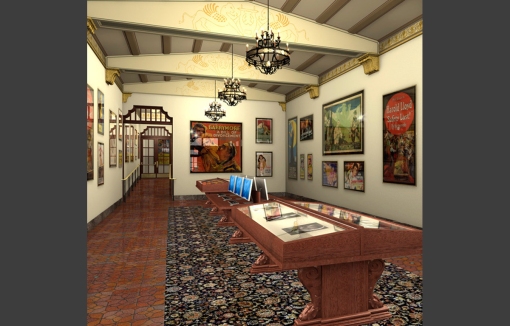 The Stanford Theatre Gallery in the lobby displays film posters  and other items.

I’d love to hear from anyone who has visited this amazing cinema. 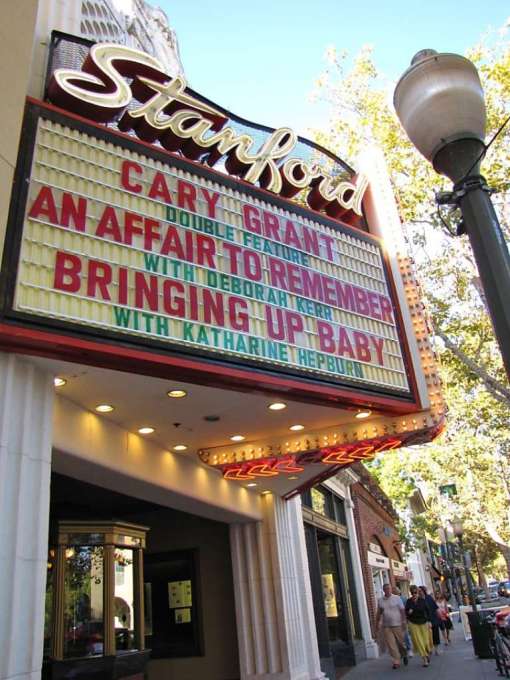 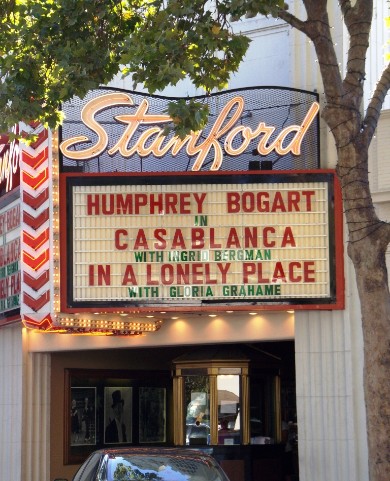