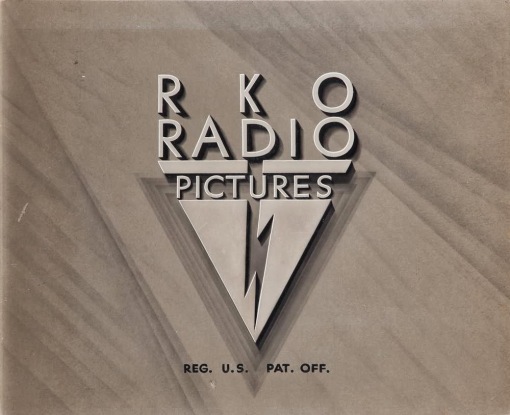 Some more highlights of the 1987 BBC series THE RKO STORY, TALES FROM HOLLYWOOD. 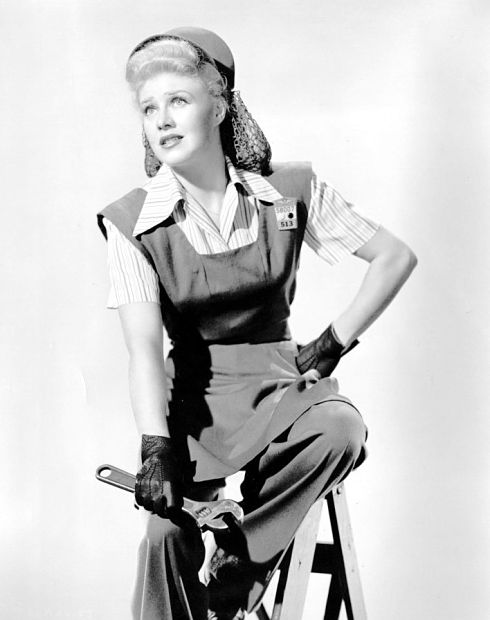 It was interesting to hear two different views from Ginger Rogers on Tender Comrade.

At one point in her interview she said,

“I thought this was a good film to show what women were doing while their men were away.”

Later she said, “There were many things in that film that I really didn’t agree with it and I felt that we were being undermined by some radical writers – I didn’t like anything about radicals.”

Annoyingly, the interviewer didn’t ask Ginger to explain what she meant.

Katharine Hepburn saw the script of MORNING GLORY, but was told by Pandro Berman – “That script is for Connie Bennett.” But Kate got the part.

Douglas Fairbanks Jr. joked, “She won the Oscar and people have forgotten that Menjou and I were even in it!”

Katharine was philosophical about SYLVIA SCARLETT: ” RKO were glad to get rid of me.” 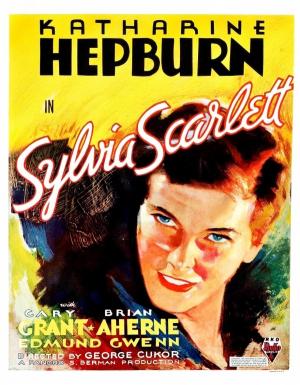 In the RKO Archives, Ed Asner opened a drawer which held all the preview cards for Sylvia Scarlett. (Imagine keeping all these cards for 80 years!)

One card said: “It has so many things wrong with it, I could scarcely see where you could start doctoring it.”

Director George Cukor and Katharine Hepburn  said to Pandro Berman, “We’ll make the next picture for you free of charge.”

Berman was scathing, “Heaven forbid. I never want to see either of you again.”

Garson Kanin (writer and director) said that Ginger Rogers wanted to play Queen Elizabeth the First in MARY OF SCOTLAND:   “Pan (Berman) said we’d be the laughing stock of the world if Ginger Rogers played the Queen.”

But Ginger was enthusiastic and arranged a test for herself , in costume, makeup and hair. She certainly looked different. But Florence Eldridge got the part.

“Here’s to more scripts like “Kitty Foyle”, “Tom, Dick and Harry”,  “Bachelor Mother” and “Vivacious Lady”. And here’s a rousing raspberry to scripts like “Lucky Partners” and “Having Wonderful Time”.

“Katharine (Hepburn) put most of us in a panic – the very way she talked – real terrifying for me. She looked wonderful, very beautiful,very slim and chique.And not at all stand-offish with us – she just ignored the whole set.” 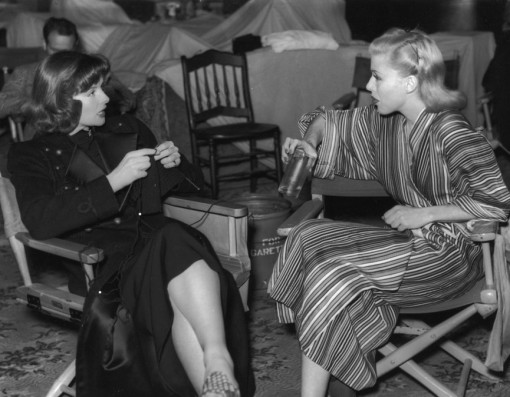 Linwood Dunn did the optical effects on BRINGING UP BABY and it was fascinating to hear him describe how they handled the leopard using  a moving split screen. 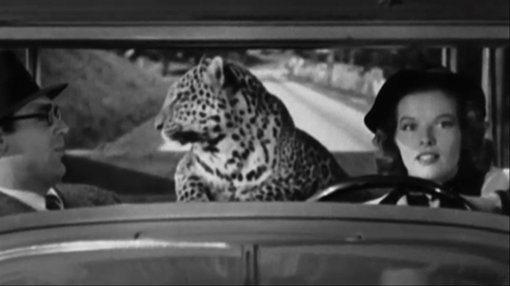 You might think that that ‘Baby’ is in the car with Cary and Katharine, but he isn’t. Linwood Dunn’s magic at work. 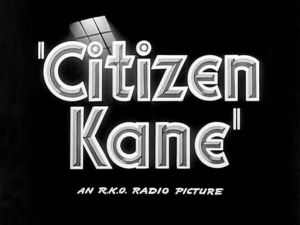 One of the 6 episodes was devoted to Orson Welles and CITIZEN KANE. 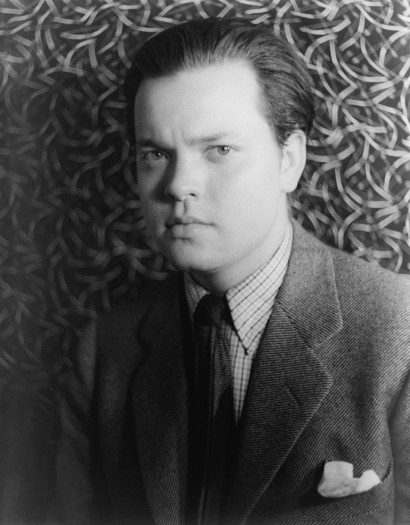 Orson Welles and his Mercury Theatre had built their reputation on stage and on radio. They had no experience in Hollywood. So RKO were taking a big chance in allowing Welles full control. Actor William Alland commented, “We were a bunch of 22/23 year old kids.”

Welles was a quick learner. Miriam Geiger, an RKO researcher was assigned to explain to him the basics of film technique. Miriam got film frames and attached them to sheets of paper, while explaining  long, medium and close shots.

James G. Stewart, sound engineer, said, “Orson did not have the technical knowledge but he had the imagination and the concept.”

Welles recognised the talent of cinematographer, Gregg Toland and Toland’s influence on Welles was decisive. 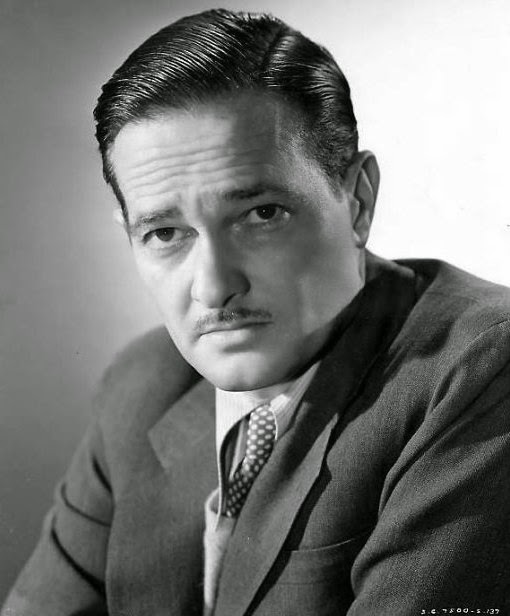 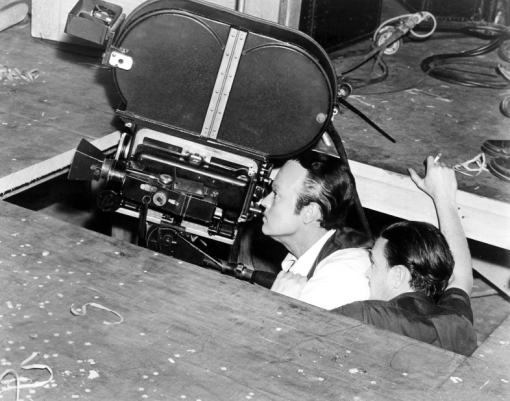 Maurice Seiderman, make-up artist, commented, “Orson wanted to know if I could completely change his face. I said Sure.”

Ed Asner :” Welles encouraged all his key technicians to experiment and improvise.”

In the RKO Scene Dock, the statues that Welles used as Kane’s private art collection could still be seen. 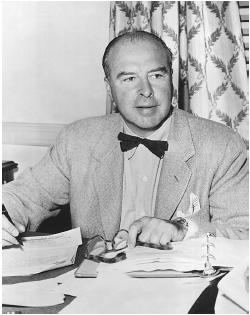 James G. Stewart: “I ran the picture for Louella – Bob Wise and myself, Louella and her chauffeur were the audience. She left before the end in high dudgeon. She was outraged!”

Ed Asner read a note from the archives which said, “Louella Parsons called. She is asking for Mr. Schaefer’s home telephone number and said it is a matter of life and death to RKO She says RKO is going to have ‘one of the most beautiful lawsuits in history’  if they release Citizen Kane,”

George  Schaefer made a brave decision to employ Orson Welles but he didn’t survive as head of production after the box office  for the film was a disaster. 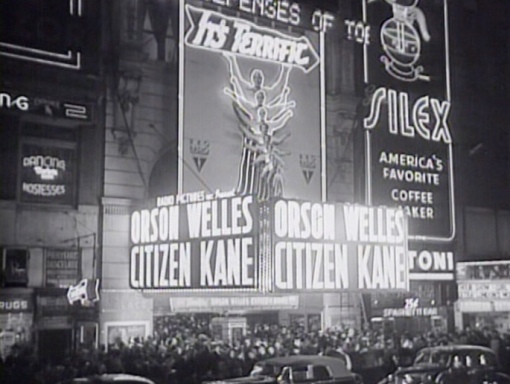