On 15th October,2016, the London Palladium is hosting a Judy Garland tribute called JUDY GARLAND IN CONCERT AT THE PALLADIUM: A 50TH ANNIVERSARY CELEBRATION, with full live orchestra.

Described as an audio/visual spectacle, with a giant screen and never before seen footage and rare home videos.

Plus a new exhibition of costume and memorabilia.

Sounds heavenly. Tickets for the Circle are £56.

I’m not a Garland expert, and I can’t figure out what 50th anniversary is being celebrated. The Palladium itself is nearly 100 years old. Judy appeared there for the first time in  1951. Judy and Liza did two concerts there in November 1964 and there was a recording released in 1965.

But, who cares. wish I could be there. 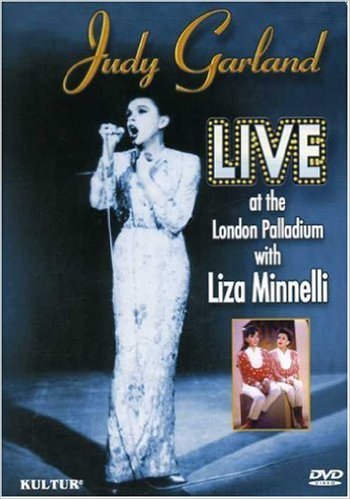 Judy at the Palace in NY.

Poster for Judy’s 1951 Palladium concerts. And Judy at the (RKO ) Palace in New York.