More highlights from the 1987 BBC series THE RKO STORY: TALES FROM HOLLYWOOD.

Edward Asner: “It was a string of incredibly successful low budget films that still rank among the most ingenious and imaginative ever made by the studio. They were all produced by one man, Val Lewton. “

Robert Wise: “He was a marvellous man. He had been a newspaperman, a writer. He had published 6 or 7 swashbuckling novels. very creative and well read.”

Lewton supervised every single detail of his productions including BEDLAM, CAT PEOPLE, I WALKED WITH A ZOMBIE. 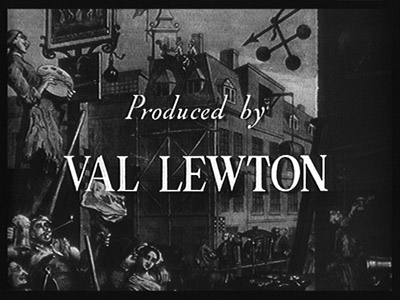 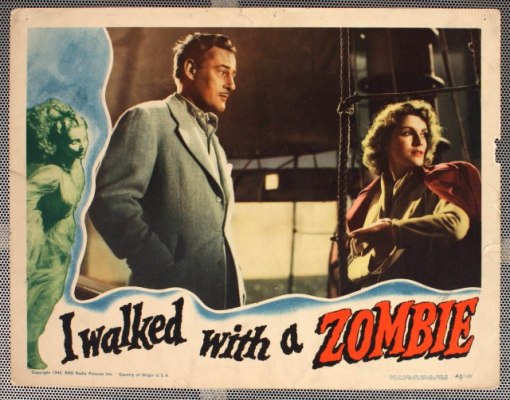 In war time, the studio titles included HITLER’S CHILDREN, THE MASTER RACE and BEHIND THE RISING SUN.

Director Edward Dmytryk and  producer Adrian Scott were the beginning of another creative team at the studio, but both were blacklisted.

Robert Mitchum could instantly recall his first RKO salary, “40 weeks out of 52 for $350 per week.” 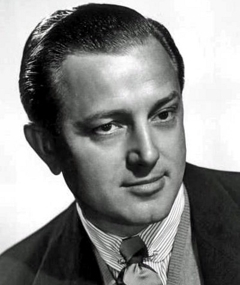 When Howard Hughes assumed control, his executive assistant confirmed that he never visited the studio – he had a sparse office at the Goldwyn studio.

Joan Fontaine said about Hughes, “He proposed marriage to me several times over 10 years.”

Jane Greer described an evening out with Hughes when he disappeared for 20 minutes and came back from the men’s room with his shirt wet – he had seen a spot on it and been washing it.

Janet Leigh, Jean Simmons,Jane Russell all had stories about the increasingly eccentric behaviour of their boss.

In 1955 Hughes sold the studio and its premises at 780 Gower Street – and its lucrative back catalogue of films – to General Teleradio for $25 million. That company made 15 or 16 films over the next two years, mainly remakes.

They finally sold the lot to Desilu for $6 million – having made much more from selling the rights to screen RKO films on television stations.

Lucille Ball was given a tour of her old studio when she and her husband, Desi Arnaz became the owners. She commented, “It was coming into a ghost town when we came back.”

A sad ending for a studio that gave us so many memorable films. The six hours of this TV series provides a rich history of the studio because of the contributions of all the studio employees who lived through its highs and lows. 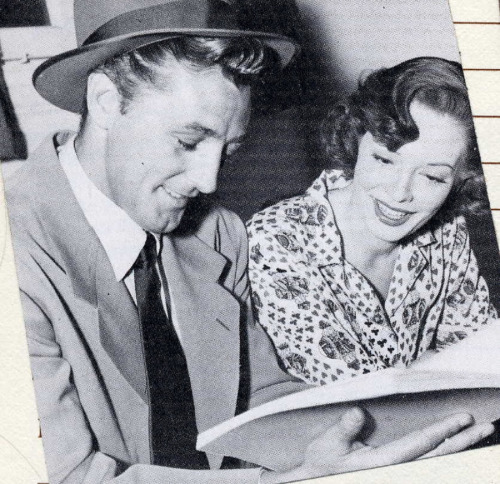 Robert Mitchum, Jane Greer.OUT OF THE PAST

A magazine I have kept since I bought it in 1973 is The Velvet Light Trap. This 60 page issue was devoted to RKO and is a wonderfully detailed mini- biography of the studio. Including some terrific interviews with Mark Robson, Daniel Mainwairing, John  Cromwell,Nicholas Ray.Plus articles on Dorothy Arzner’s Dance Girl Dance; Van Nest Polglase and Art Deco ; RKO’s  Fallen Women 1930 – 33.

Mark Robson was Robert Wise’s assistant editor on Citizen Kane and The Magnificent Ambersons. He directed several of the Val Lewton films, The Seventh Victim,Ghost Ship,Isle of the Dead, Bedlam.

On Orson Welles coming to RKO:

“Remember that Welles came to RKO with a free-wheeling contract and was given what was in those days a great deal of money to make films. It caused ruptures with several directors who were upset by the freedom given to Orson that they did not have. There were great jealousies around. But Orson’s period was not a long one.”

On CAT PEOPLE:  “Jacques Tourneur directed that film. My contributions were editing techniques that were quite good. I did the editing of the echoes in the swimming pool sequence.

Also, we developed a sharp cutting technique we later grew to call ‘the bus’. From a close-up of a person in terror, we cut to the impact of a bus ( with the hiss of air brakes) coming to a stop. The sharpness of that cutting would knock people out of their seats in a theatre.”

On Boris Karloff:  “It ( the Lewton cycle)  ended with the costume films because we had Boris Karloff, and it’s very difficult to think of Boris as a contemporary man. He seemed more suited to costume. Incidentally, we loved Boris. He was a wonderful man.” 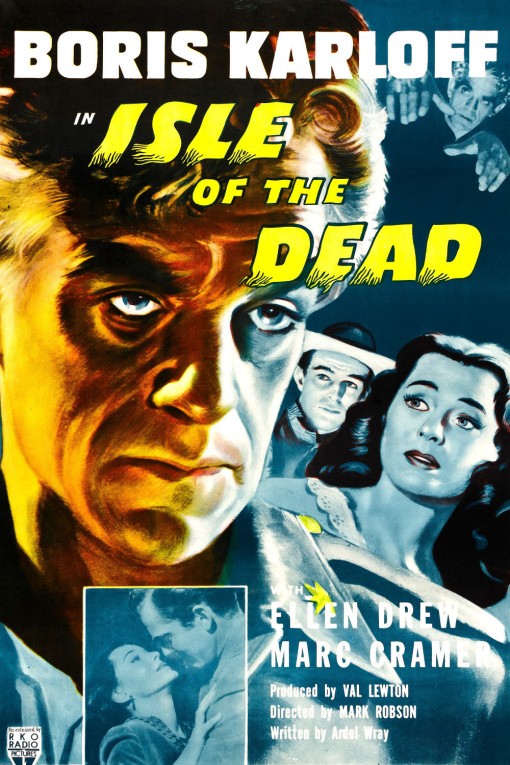 Screenwriter Daniel Mainwairing :   “I wrote Build My Gallows High and Bill Dozier at RKO bought it and me with it…….RKO changed the title  to Out Of The Past on the advice of a Gallup Audience Research poll.

I stayed at RKO until 1949.  Howard Hughes dropped my option when I refused to work on I  Married a Communist. He used that project to get rid of a lot of writers, directors and actors. If you turned it down, out you went.” 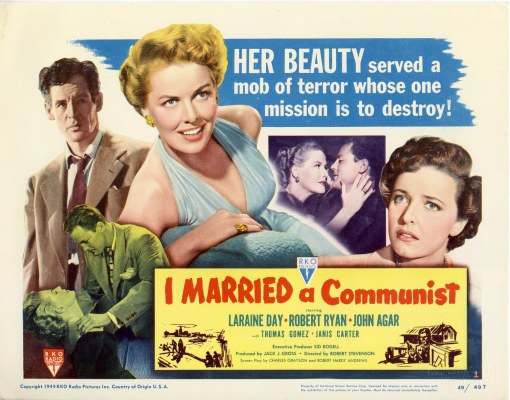 On the casting of the character Jeff Bailey in Out of the Past:

” When I finished the  script I took it down to Newport where Bogart was living. He was going to do it but Warners wouldn’t let him. So then we took Mitchum.  He had already done G.I.Joe which was a beauty.”

P.S. The Velvet Light Trap is still active as far as I know – two issues a year. As to the meaning, it’s a bit too technical for me, something to do with the part of a film camera that keeps the light out where the magazine is attached. ( I know, I’m none the wiser, but I love the title.)

Would love to see the following two issues.