A quote from “BACKSTORY,Interviews With Screenwriters of Hollywood’s Golden Age” edited by Pat McGilligan:

“The ‘name above the title’ may well have been FRANK CAPRA, but savoured among old-time screenwriters is the apocryphal story of how ROBERT RISKIN, the writer of LADY FOR  A DAY, IT HAPPENED ONE NIGHT , MR. DEEDS GOES TO TOWN, LOST HORIZON and other ‘Capracorn’, entered the director ‘s office in a fury, threw 120 blank pages of  script on his desk, and announced ,

“Here!  Let’s see you give THAT the Capra  touch!”

Let’s hear it for the writers! Their place on the studio totem pole was ridiculously low. 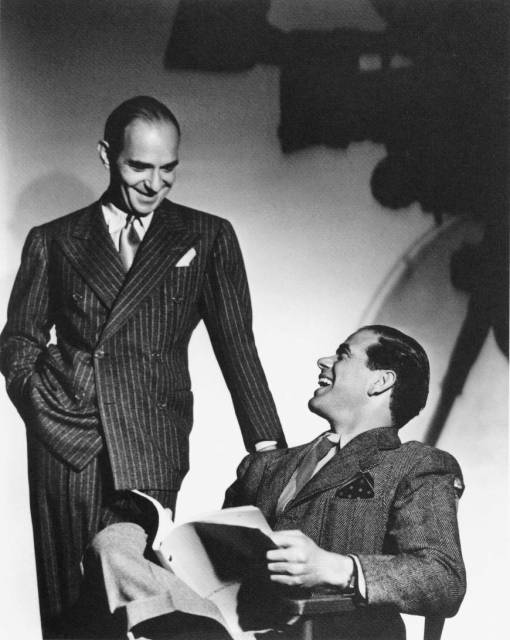 Robert Riskin, May Robson, Frank Capra LADY FOR A DAY