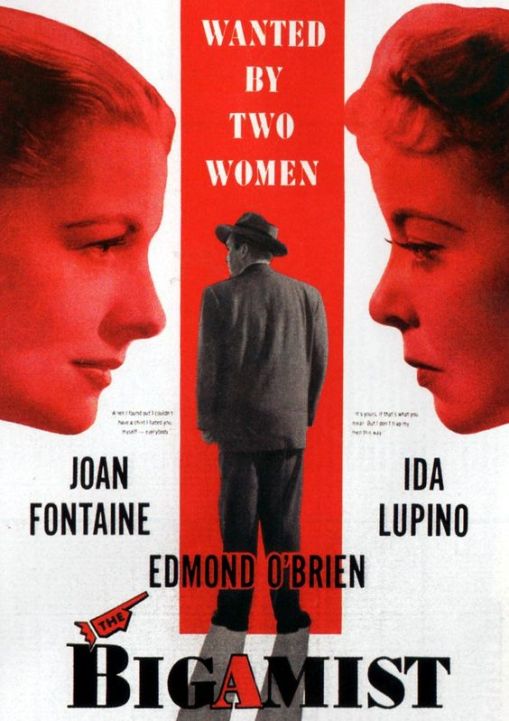 THE BIGAMIST is one of the small budget independent films which Ida Lupino made with her then ex- husband Collier Young. Ida directed and Collier wrote the screenplay and produced it.

In  an interesting piece of casting, Collier Young’s wife, Joan Fontaine starred in the film – with Ida and Edmond  O’Brien. And to add to the curious mix, Joan’s mother, Lillian Fontaine had a small part in the film.

Ida was the first female star to direct herself. I think Ida would have preferred just to concentrate on directing , but ended up playing one of the three main roles.

Typical of Lupino and Young, the story of The Bigamist is unusual in that it is written in such a way that we have sympathy for the bigamist, Harry  Graham (Edmond O’Brien) who is a traveling salesman often away from his San Francisco home and his wife Eve (Joan Fontaine) .

After 8 years of marriage, Harry and Eve are considering adoption and are being vetted by Edmund Gwenn the investigator for the adoption agency which is very thorough in its adoption procedures.

Gwenn goes to Los Angeles ( heaven knows why), where Harry spends a lot of time on business. Harry isn’t at the hotel where his agency staff usually stay. And by the simple mean of looking up the telephone directory, Gwenn finds a Harrison Graham and goes to see him.

(Mr. Gwenn is no mean  detective- I have no idea what made him look at the telephone directory)

When he knocks on the door of the address, Harry answers and invites him in. And suddenly a baby’s cry is heard – Harry’s son. 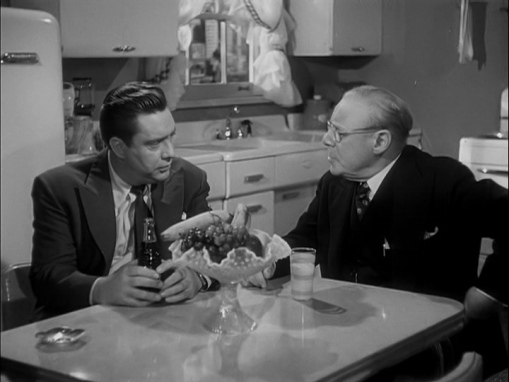 Gwenn says, “How long has this double life of yours been going on.?”

A longish flashback shows Harry in L.A. With time  on his hands, he takes a bus tour of the Hollywood star homes and meets Phyllis Martin (Ida Lupino) on the bus.

Harry and Phyllis are portrayed as two lonely people. She works in a Chinese restaurant and invites him there.

Harry calls Eve frequently and even mentions meeting Phyllis. Eve isn’t bothered ,she’s concentrating on their business in which she has become more and more involved.

He decides he can’t see Phyllis again, but she comes to see him and they spend a night together. Phyllis has no idea that he is married.

Eve’s father is taken ill and she is away for several months. Meanwhile, Phyllis is pregnant and Harry decides he must ask Eve for a divorce . 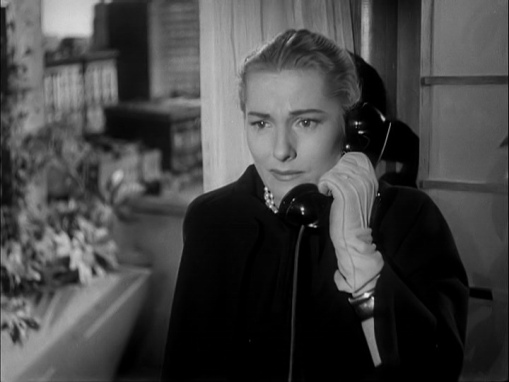 But when Eve’s father dies, he can’t leave her and the double life begins.

At the end of the flashback, back in the kitchen of Harry’s house in L.A., the investigator Gwenn says, “I despise you and I pity you.”

In the end, Harry surrenders himself to the police.

The final scene is in the court room, with both Eve and Phyllis present . A dramatic finale , though the judge defers sentencing to the following week.

So we are left not knowing what the conclusion will be. Will Harry go to prison? Will both women reject him?

Harry  is written so sympathetically ( and  O’Brien does such a great job), it’s hard to condemn him. He’s lonely and weak and I think we are  supposed to partly blame his wife for not paying enough attention to him. How he managed to keep the deception going for 18 months is anybody’s guess.

You do wonder why the  Filmakers would take on such a subject. I reckon if any of the big studios had considered it, the story would have told the story from the two women’s points of view. With no sympathy for the bigamist.

Twice in the film, Ida’s character says, “You kill me ” to O’Brien.  I’m sure this line is in her more famous Road House.

Ida didn’t direct a film again till The Trouble with Angels  in 1966. 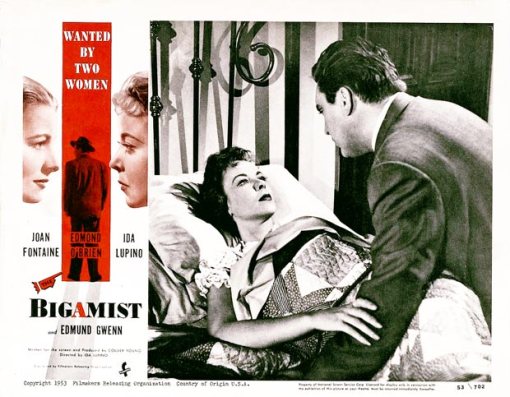 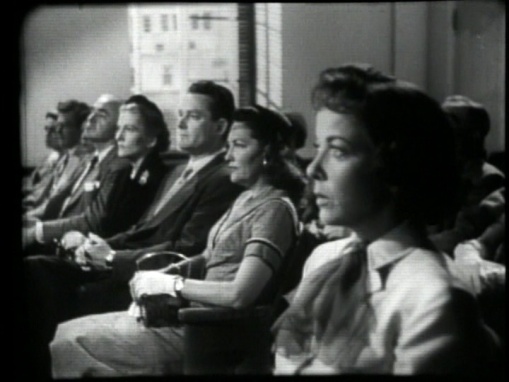 Both Harry’s wife and the mother of his child are in court for Harry’s trial. 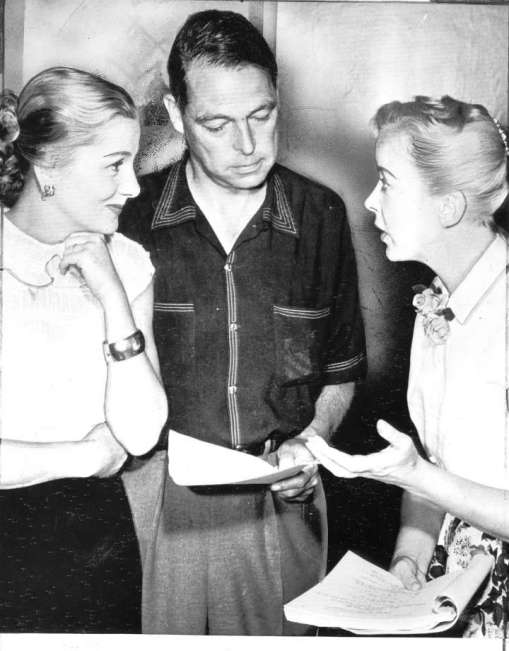 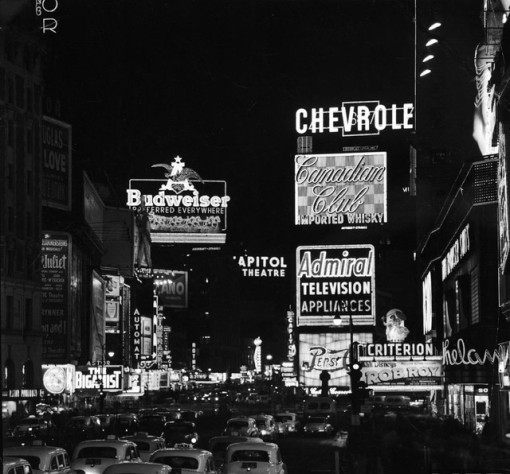 I love this night time shot with a glimpse of  advertising for The Bigamist bottom left, and Disney’s Rob Roy on the right.

Ther’s  also an advertising for the 1953 Rodgers and Hammerstein musical, Me and Juliet on the left.

Is this Times Square?