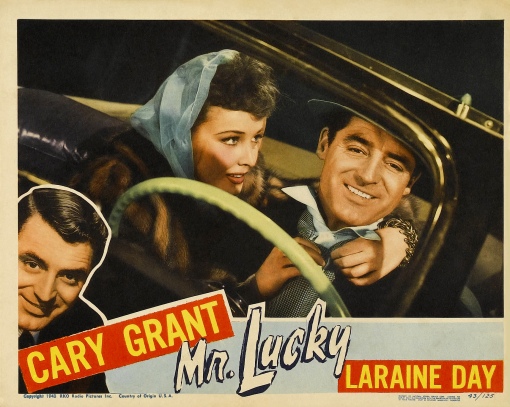 MR LUCKY is an uneasy mix of comedy and drama. I hadn’t seen it for a long time and it didn’t hold up as well as I remember it. Of course it is worth seeing if you are a CARY GRANT fan.

Cary is cast as Joe ‘The Greek’ Adams who owns a gambling ship and wears flashy ties. So flashy that Dorothy (played by LARAINE DAY )can’t bear them any more and buys him a conservative tie which he reluctantly wears.

There’s a nice moment in the film when  Joe teaches Dorothy some rhyming slang – which he says he picked  up in Australia. eg.

Ones and twos – shoes

You’re a girl – twist and twirl

Joe carries a lady  from Bristol – a pistol

Briny Marlin – my darlin’ . ( Joe ends up changing the name of his boat to the Briny. Marlin.)

Another light note in the film is when Joe joins the war relief organisation Dorothy is involved in. (He persuades her to let him run  a gambling concession at a society Ball Dorothy is organising – he also intends to steal all the money they raise.

At the charity’s ‘s offices, Dorothy asks him if he knows how to knit. Joe says,

But with  the help of FLORENCE BATES, he soon becomes adept!

The handsome devil! (I prefer this tie!) 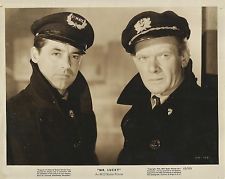 Charles Bickford  has a too-small role as Joe’s friend and captain of the ship.

Charles ( as Swede) introduces the long flashback which is the main part of the film.

Gladys Cooper also has a small part as head of the relief organisation. 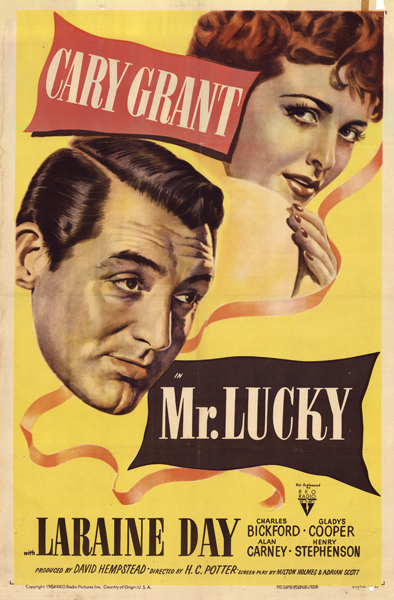 Do visit the Cary Grant Blogathon at http://www.phyllislovesclassicmovies.blogspot.co.uk