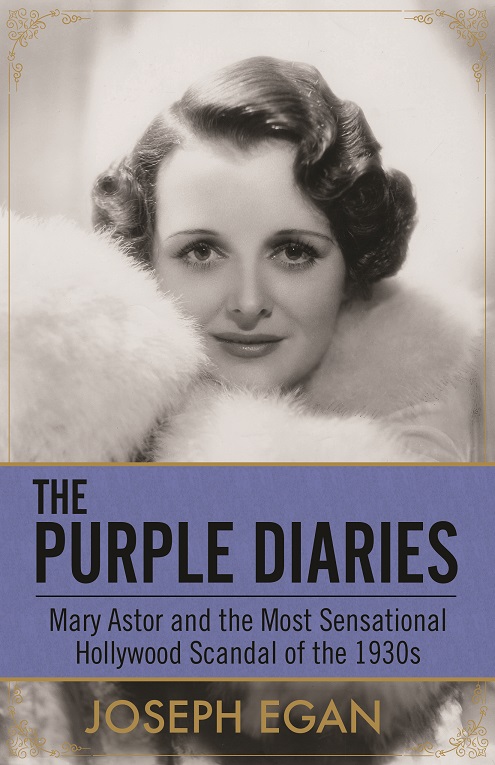 The diaries of MARY ASTOR may have been purple , but if you are expecting a lot of juicy details about Mary Astor’s  affairs with Hollywood figures, forget it. This isn’t the book you might expect from the full title .

Joseph Egan has meticulously unearthed everything he could about the 1936 child custody case involving Mary Astor and her ex-husband Franklyn Thorpe.

We’ll never know all that was in Mary’s diaries because they were destroyed by legal requirement when Mary’s daughter Marylyn (the subject of the court case) reached 21.

It is clear that Franklyn Thorpe stole (or arranged for a servant to do so) Mary’s diaries. What I don’t understand is why, during the trial ,Mary’s lawyer didn’t put forward a motion to the judge for the diaries to be returned to the rightful owner. The judge was rightly concerned for the reputation of any named individual whose film career might come to an abrupt end in the Code era. He ordered that the diaries be handed over to the court .and locked up.

From the information in this new book, it is clear the judge in the trial tried to be as fair as possible, both regarding young Marylyn (who was 4 at the time), and  to the celebrities whom Mary may have named in her personal diaries, which of course were never meant for anyone else to see.

Before the judge insisted on the two-volume diaries being handed into the court, Mary’s ex-husband and/or his lawyer made copies of some passages and gave them to the press. Joseph Egan’s book only uses these known excerpts, and they are hardly salacious.The real diaries weren’t remotely like the lurid forgeries which became Hollywood legend.

Even Franklyn Thorpe said that much of what the press printed was totally untrue. 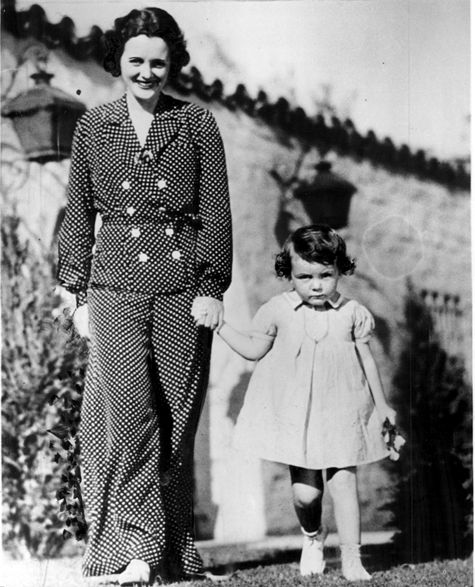 Mary and Dr. Franklyn Thorpe had been divorced for a year. He had demanded full custody of their child in return for not revealing details in the diary. He said her diaries showed gross, immoral conduct.

In 1935, Thorpe was named Marylyn’s sole legal guardian, though she would stay with Mary for 6 months of the year.

Thorpe was a disciplinarian who sometimes chastised Marylyn physically. He continually blackmailed Mary over the child’s upbringing, by saying that if she didn’t follow his orders, he’d contact the press.

She finally couldnt take it any longer, and on the advice of her friend, Ann Harding, she engaged the services of a lawyer called Roland Rich Wooley who proved  more than a match for Thorpe’s attorney, Joseph Anderson. (Woolley had handled Ann Harding’s divorce). 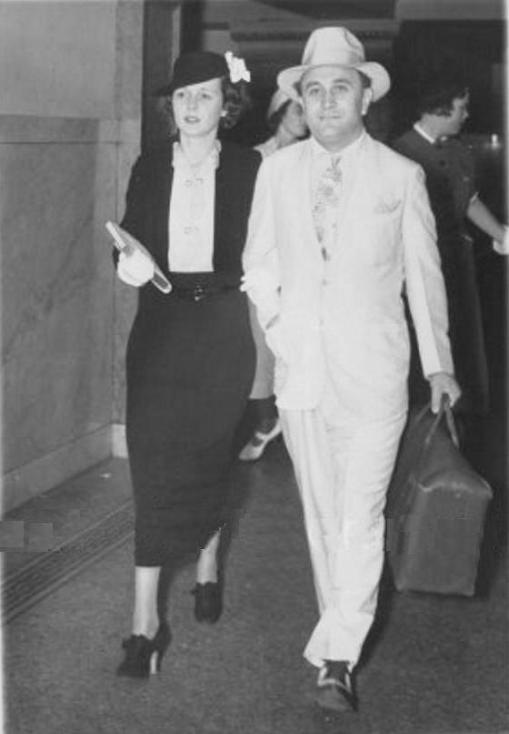 When the trial started in mid 1936, Mary was at United Artists filming DODSWORTH  for Samuel Goldwyn.

Mary’s co-star, Ruth Chatterton, was one of the few in the Hollywood colony who stuck by her, accompanying Mary to the trial. On the second day of the trial, Chatterton and Fritz Lang walked with Mary into the court. And later on, another of Mary’s friends, Florence Eldridge (wife of Fredric March) also attended. 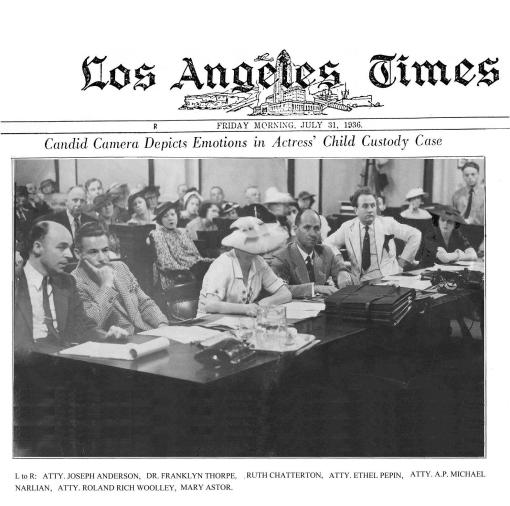 Ruth Chatterton was seen taking notes and she often had discussions with Mary and Woolley.

Of course, the press and the public lapped it up. There is in fact very little from the diaries in the book, which is no great surprise since the only known excerpts published were those which Mary’s ex-husband gave to the press.

The diary excerpts which were released to the press in August,1936 can be read in full at Joseph Egan’s website, http://thepurplediaries.com  I dont know why they are not in the book, as they are the only factual writings from the diaries .

In 1934, Mary talks about falling in love with the well known playwright George S. Kaufman . They go to the theatre   to see Fred Astaire in “Gay Divorcee” .She said, “Fred Astaire was dancing so beautifully to such a beautiful number, ‘Night and Day’.”

At one point during the trial, a representative of Samuel Goldwyn asked the judge for a week’s delay, to allow Mary to complete Dodsworth. This was agreed.

What I found fascinating is the transcript of  the trial which the author quotes in detail.

The book is a very easy read and I found it fascinating. It would make a great movie. 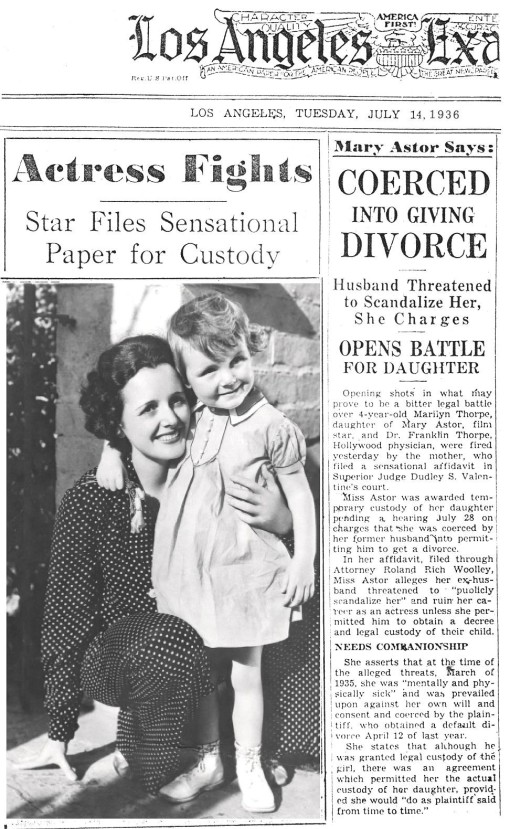 In the end, the judge insisted that the two parties come to a settlement. Mary was awarded custody for 9 mths of the year,during school time, and Franklyn Thorpe was to have Marylyn during the summer months.

The judge decreed that the diaries should be kept in a locked vault until Marylyn was 21. They were then destroyed.

Somehow, the trial didn’t hurt Mary’s career. Dodsworth was rushed out and the public praised her. After all, she had been a mother fighting for her child.

Sadly, in an interview with the author, Mary’s daughter Marylyn remembers spending more time with servants than her mother. She was sent to boarding school at the age of 11, and married at 18.

Joseph Egan also has an excellent tribute to Mary Astor at http://themaryastorcollection.com 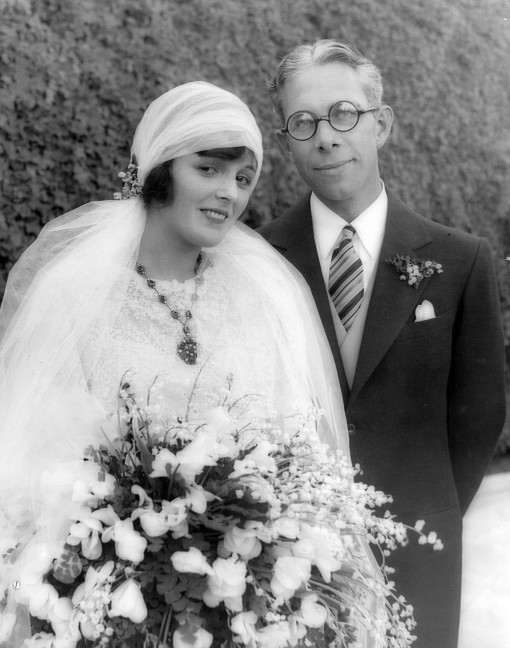 Kenneth Hawks was the brother of Howard Hawks. He died tragically in a plane accident. 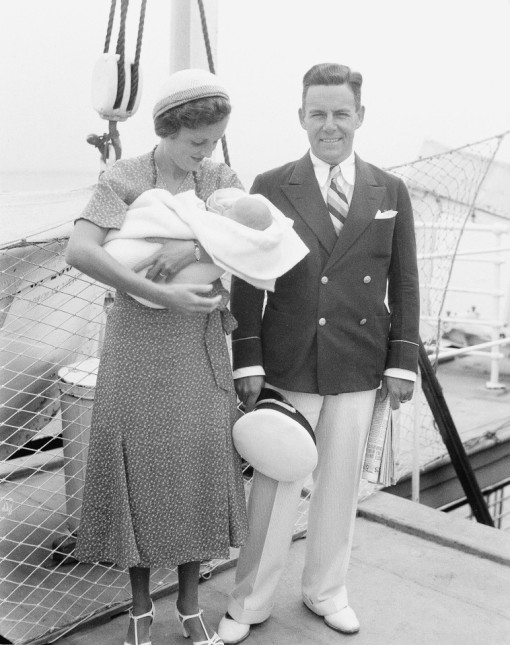 Mary with Franklyn Thorpe and their baby Marylyn 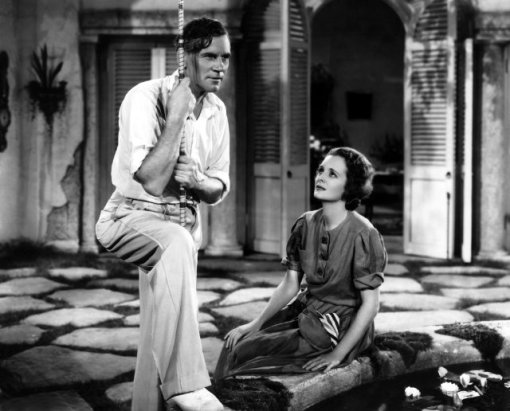 with Walter Huston in DODSWORTH