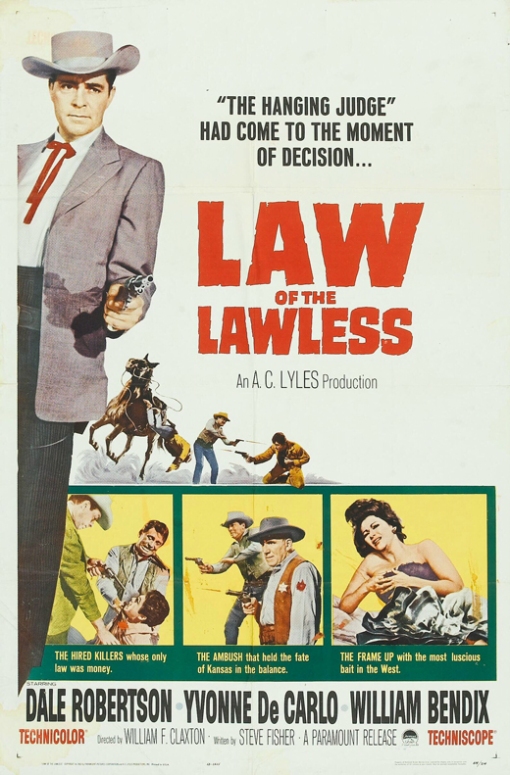 Another A.C.Lyles western which is full of well known faces. In this one, Dale Robertson is Judge Clem Rogers who comes into town for the trial of Pete Stone (John Agar) who has murdered George Stapelton (Jody McCrea). Stone’s father Tom (Barton MacLane) will stop at nothing to get his boy released. He brings Joe Rile( Bruce Cabot) into town as gun back-up if the trial doesn’t find his son innocent. 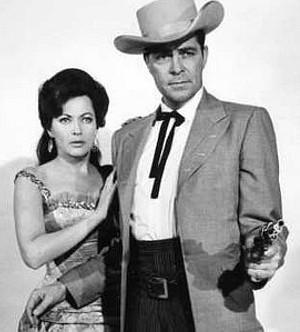 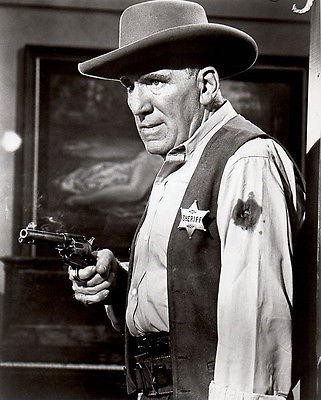 William Bendix is sheriff Ed Tanner. He is also the court prosecutor, and he takes church services. An all round handy man.

At the hotel Judge  Rogers meets with the accused’s father and his lawyer,Rand McDonald (Kent Taylor). It turns out that Rogers was a friend of Pete Stone, but he wont let that get in the way of justice.

Nearly a third of the film is taken up with the trial which was well done. Stone’s father has brought to town kinfolk of people the judge has sentenced to hang. (He’s known as the hanging judge). 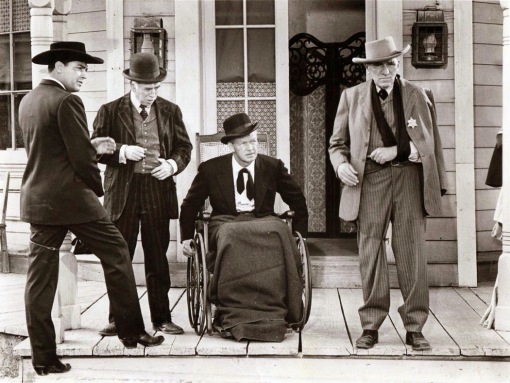 The saloon owner,Silas Miller (who is wheel-chair bound after a gunfight) tells of seeing the murder. There is  a flashback and this is the only short scene Jody McCrea (son of Joel McCrea) appears in.

Stone’s lawyer suggests the murdered man was jealous of Stone. There is evidence that the widow was on more than friendly terms with Stone.

And so the story plays out. The judge’s father had been killed in a gunfight (by Rile ) and the judge  has made a promise to himself to stop gunfights wherever he can, to get rid of the law of the fast gun.  He refuses to draw on Rile who faces him later. At the end he gives his gun to the bartender and says, “Sell that to the highest bidder.”

The story and cast are solid. We even get a snatch of Yvonne de Carlo singing ‘Red River Valley’. 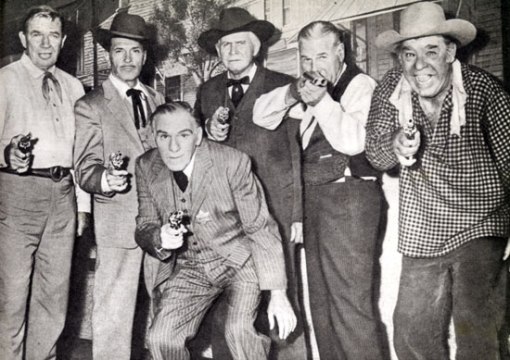 That middle shot is publicity only.