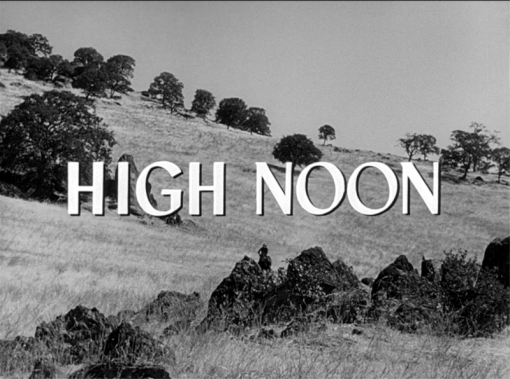 Jack Elam had two days work on HIGH NOON as Charlie,  the town drunk. I doubt he realised it would become a classic.

What I didn’t know was that Jack’s role was intended to be slightly bigger.  As he tells it,

“I got two days work, and there was about half a day with Cooper and me. What a gentleman he was…..there was a full minute of me in the bar doing the drunken clown act – they were going to cut back and forth between me and the gunfight.” 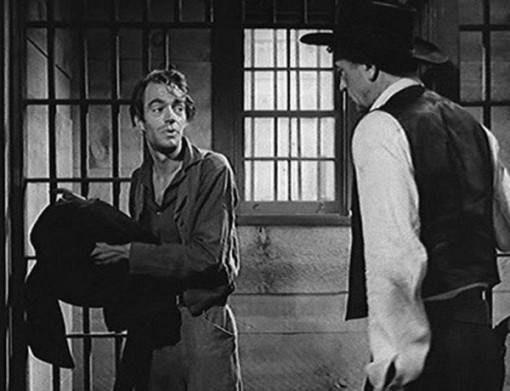 Jack’s only scene in the film, as Kane releases him from jail. 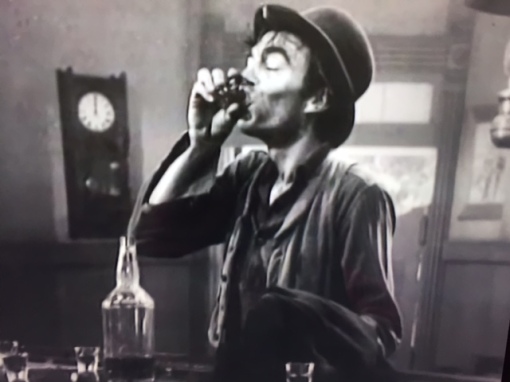 Jack Elam in the cut scene. all alone in the saloon,helping himself.

Apparently, shooting had finished, but after editing and the first print, it was decided to resume filming with new cast member Elam. 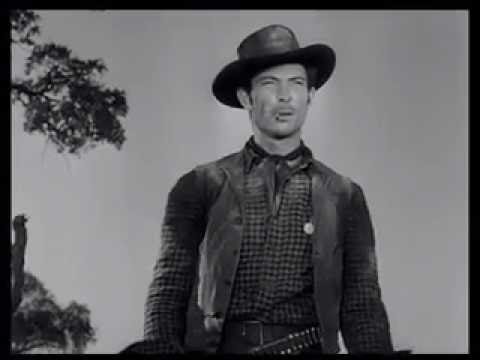 This was Lee Van Cleef’s first film, and although he didn’t have any dialogue, his presence was powerful. The whole gang made you understand the town’s fear – Robert Wilke, Sheb Wooley and Ian MacDonald (as Frank Miller). Some fans thought the part of Miller should have gone to a more well known actor, but Macdonald was fine. 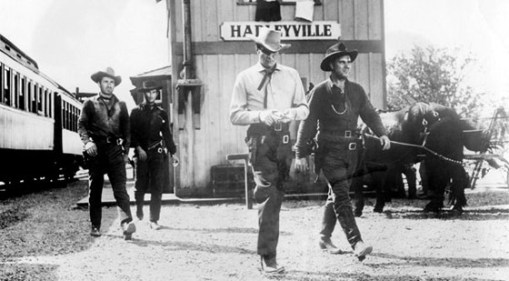 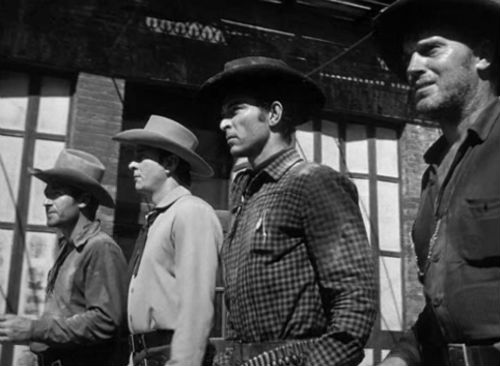 The quality of High Noon proves that a big budget isnt always necessary to produce a first class film. Gary Cooper must have liked the script and been aware of director Fred Zinnemann’s talent. Cooper didn’t take his usual big salary, instead opting for a share of the profits. No way could he have thought the part would win him a second Oscar. 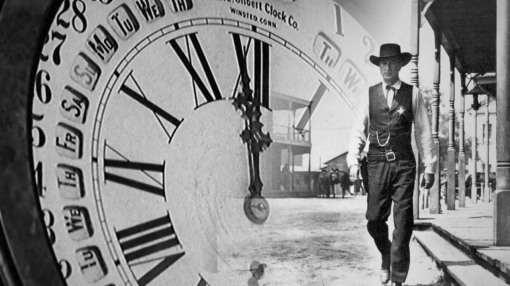 The film was shot in 4 weeks, helped no doubt by Zinnemann’s extensive use of storyboarding.

Tex Ritter, in my opinion, owns that song, ‘Do Not Forsake Me,Oh My Darlin’ ‘. Written by Dimitri Tiomkin and Ned Washington, Tex sang it the night of the Oscars when it won Best Song. The tune, the lyrics, the orchestration – and that Southern drawl of Ritter’s makes it well nigh perfect. As is Tiomkin’s entire score. 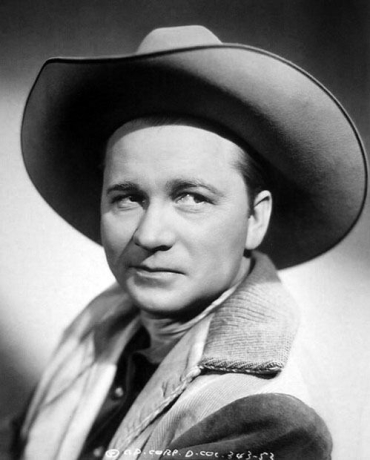 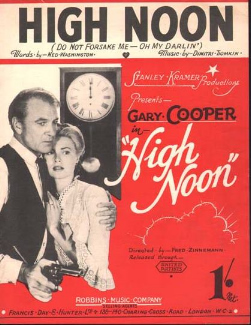 By the way, Jack Elam , before he got into acting, was an auditor in Hollywood, but had an eye problem that caused him to look for other work. I saw an interview he did in 1987 with David Letterman. If only it had been someone like Leonard Maltin asking the questions because Jack was ready to talk.  Letterman didn’t have a clue. 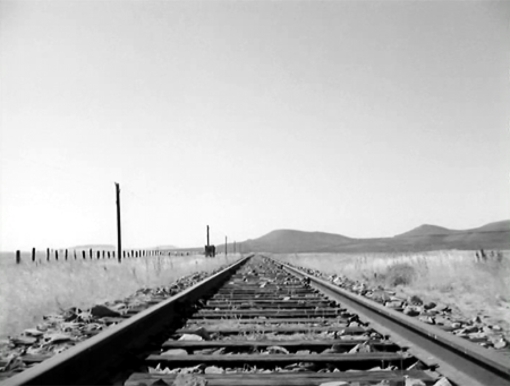 That fantastic shot near the start of the film.

Kudos to cinematographer Floyd Crosby who lensed High Noon. This seems to have been the most well known film Crosby worked on. He also filmed Shack Out on 101 and The Old Man and the Sea.