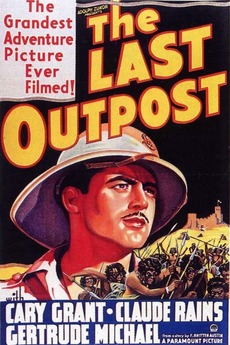 After watching THE LAST OUTPOST, I can well understand why CARY GRANT was glad to leave Paramount .

Both he and CLAUDE RAINS deserved better. This was  Paramount trying a ‘Lives of a Bengal Lancer’ on the cheap.

The extensive stock footage used was so obviously from poorer film stock and speed. 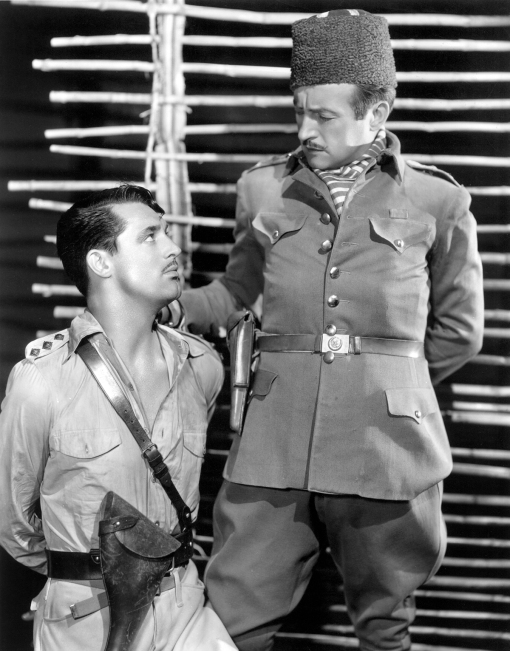 There really isn’t much story. It’s set on the Eastern Front during the Great War. Rains is an intelligence officer who saves Grant’s life. Grant’s character falls for GERTRUDE MICHAEL playing his nurse who looks after him when he is injured.

Turns out she is married to Rains but hasn’t seen him for three years. 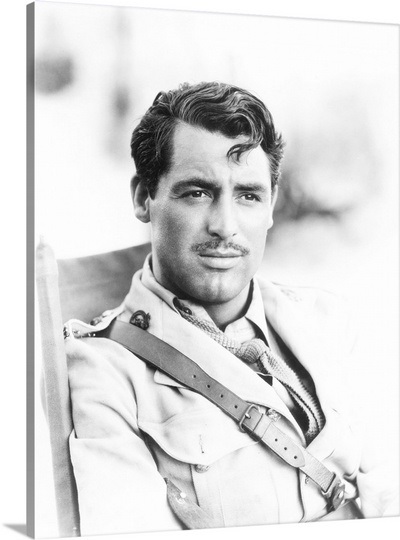 Cary with a moustache . Big mistake! 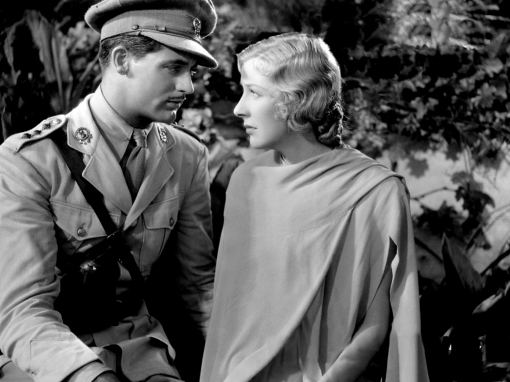 “It is hard to imagine a boring movie starring Cary Grant and Claude Rains, but The Last Outpost succeeds……..it is more of a western than a WW1 movie, and the cavalry literally saves the day.”

Cary’s next film was SYLVIA SCARLETT with Katharine Hepburn and George Cukor. For the next two decades, he became a screen legend.

Another ten years , and Cary and Claude would do NOTORIOUS . I wonder if The Last Outpost ever came up in their conversations! 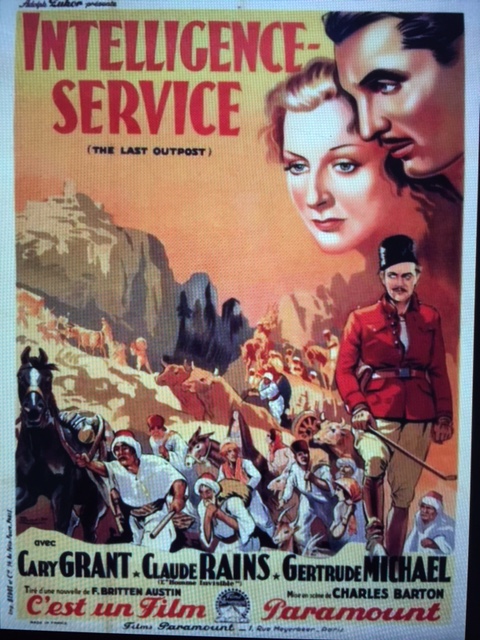