You Tube can be a treasure trove for vintage Hollywood fans.

Recently I’ve come across some interesting star interviews, including one with JANE WYMAN from  1996.

Jane , who would have been around 80 at the time, looked very relaxed and spoke well. Very down to earth.

Her memory was excellent as she spoke about the fact that it was WILLIAM DEMAREST ( who, in 1936, was an agent) first saw Jane in a Hollywood restaurant and got her a test at Warners.

Asked about THE YEARLING, Jane said:

“Well, it was Clarence Brown – he had seen ‘The Lost Weekend’ and he liked what he saw ….. I had to bleach my hair because the boy was blonde.    In order to get ready for The Yearling, I had to do the Cole Porter Story as a blonde……

Because of delays, I had to work on the Cole Porter Story and The Yearling at the same time, going between Warners and MGM.”

(Jane referred to NIGHT AND DAY as the Cole Porter Story.)

She also said that she didn’t wear any makeup for The Yearling. 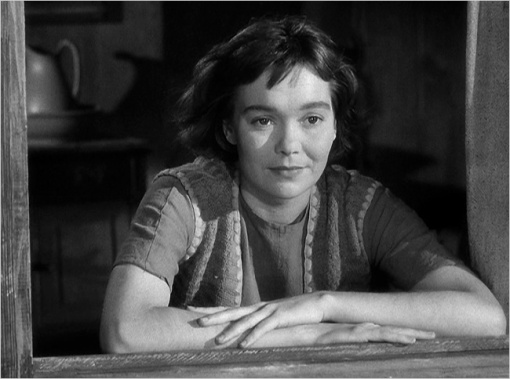 In her early days at Warner Brothers, Jane said:  “We worked 6 days a week, from 9am till – eternity – you get pretty tired.

And there is so much waiting between scenes – for the lighting and the camera.The first 2 or 3 years at Warners, I did 5 pictures a year.” 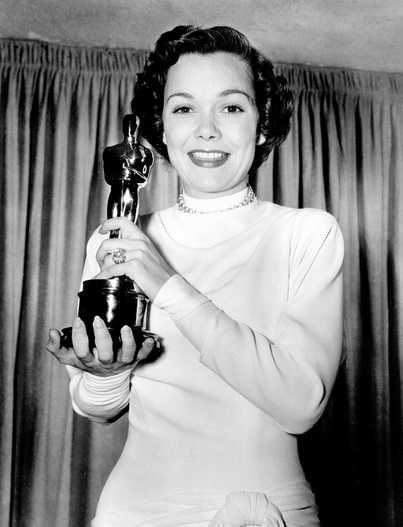 Jane with her Oscar for JOHNNY BELINDA. 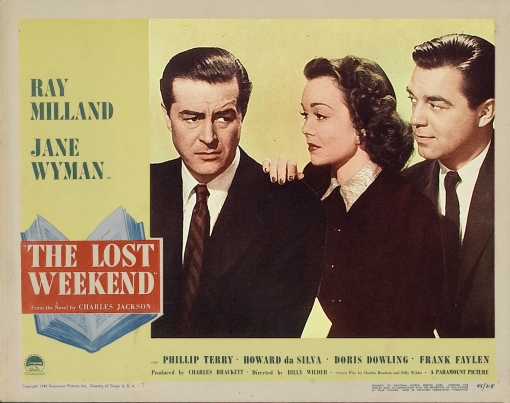 Jane ( who had been a radio singer) and BING CROSBY did a great version of  the Hoagy Carmichael/Johnny  Mercer song, ‘In the Cool, Cool, Cool of the Evening’ in HERE COMES THE GROOM. The song was nominated for an Oscar and the twosome were requested to sing it live at the ceremonies.For some reason Bing couldn’t do it, so Jane sang it with Danny Kaye. ( Would love to see that.) 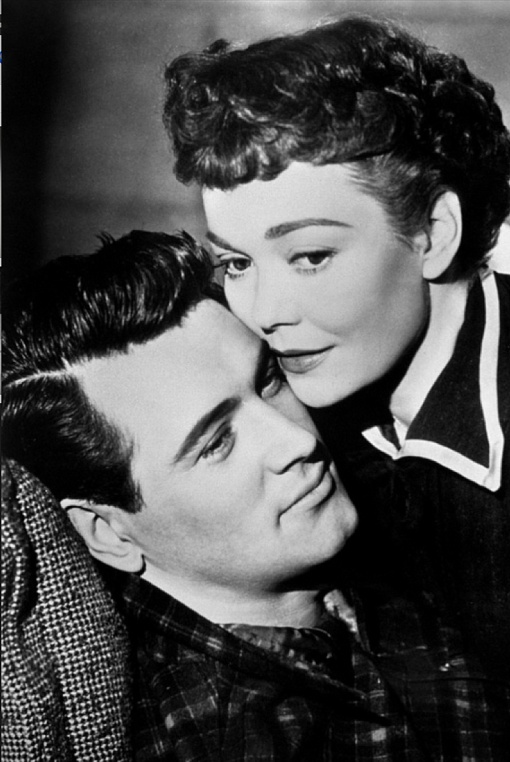 With Rock Hudson.ALL THAT HEAVEN ALLOWS

Jane had great success in her two films with ROCK HUDSON, MAGNIFICENT OBSESSION and ALL THAT HEAVEN ALLOWS.

She said, “DOUGLAS SIRK was one  of those wonderful directors.”

And she described  Rock Hudson as a perfectionist – “Rock was so appreciative of all the help everybody gave. He made himself a star.”

Of that  scene in “All That Heaven Allows”, when her children buy her a television :

“That was the most eerie scene I’ve ever done in my life. I’m sitting there and they leave me flat , and I’m seeing my own image in the television set.  In my own personal life I said, I hope that never happens to me!” 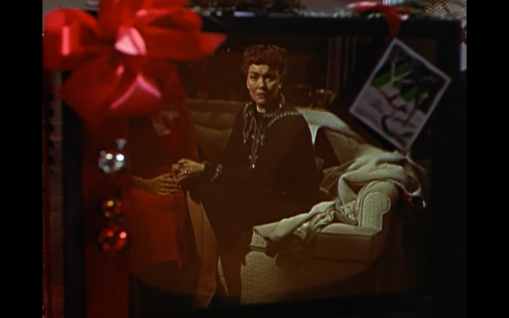 All That Heaven Allows

The interviewer , a documentary maker called Carole Langer , has also interviewed Lizabeth Scott, Ann Miller, Tony Curtis and many others. Many of the interviews can be seen on the You Tube account,Soap Box  Productions.

This interview with Jane Wyman must have ran about an hour. I did wish that the questions had been more structured because Miss Wyman was ready and willing to talk at length about her career.

I’d like to catch some of the TV series Jane did from  1955 to 1958, JANE WYMAN PRESENTS  THE FIRESIDE THEATRE.