ROUBEN MAMOULIAN was the first director of LAURA, with OTTO PREMINGER producing for Twentieth Century Fox.

Both men had their own ideas about how the story should be told , until eventually things came to a head and DARRYL ZANUCK fired Mamoulian.

Preminger took over the direction.

But in the time that Rouben Mamoulian was the director, sets were designed and made, and most interestingly, Mamoulian had a portrait of  ‘Laura’ painted by the artist who became his wife, AZALIA NEWMAN (1902- 1999).

That is the portrait in the still below.

Looking at it in closeup, it  doesn’t look much like GENE TIERNEY, but the initial casting for the lead role was JENNIFER JONES. The story goes that Ms. Jones didn’t turn up for work on the first day of shooting.

In his autobiography , Otto Preminger said:

“When I scrapped Mamoulian’s sets,the portrait of  Laura went with them.”

According to Preminger, “Portraits rarely photographed well.” So Gene Tierney was photographed by studio photographer Frank Powolny. The photo portrait was enlarged and painted over to make it appear like an original painting.

Boy, is McPherson (Dana Andrews) in for a surprise!

JOHN HODIAK and GEORGE RAFT were considered for the part of McPherson. It turned out to be one of DANA ANDREWS’ s most memorable roles.

I was interested to find out more about the artist, Azalia Newman who painted many Hollywood stars including JOAN CRAWFORD and CAROLE LOMBARD.

Azalia  Newman with her painting of Joan Crawford

The finished portrait of Joan Crawford for THE LAST OF MRS CHEYNEY. 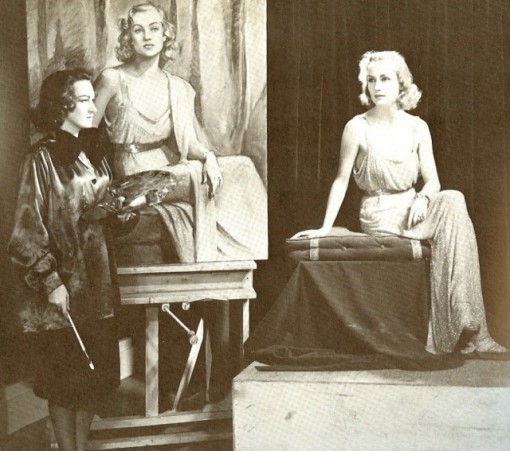 Azalia Newman, with Carole Lombard posing for her.

Ms Newman did artwork for a large format magazine called CINEMA ARTS which only lasted three issues in 1937. While most fan magazines were 10 cents at the time, Cinema Arts was 50 cents and averaged 100 pages.

It has been described as “the most beautiful and elegant of all film magazines.”

The covers of the three issues are shown below. 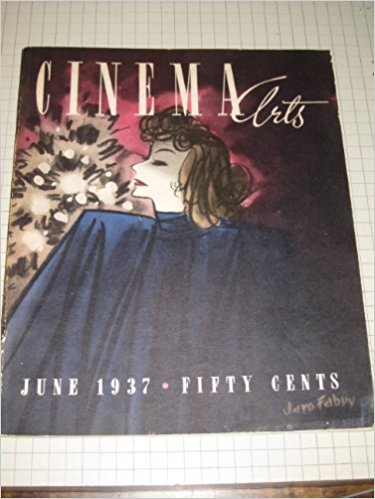 First issue of CINEMA ARTS, with Garbo on the cover. 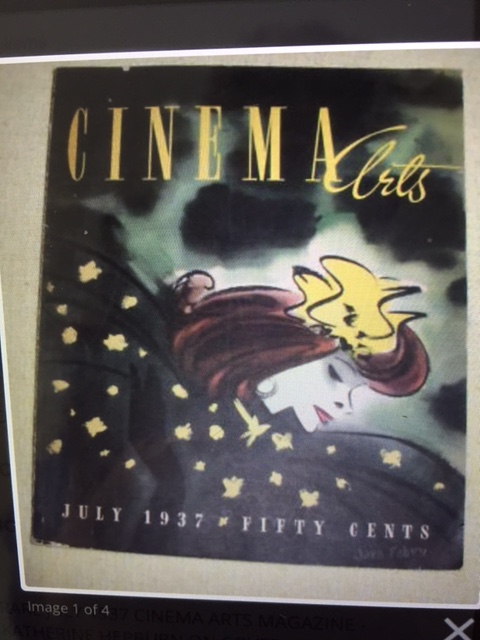 I found this amazing picture, with Laura holding the shotgun, on a website , http://premingernoir.co

An alternative ending to the film was shot in which Laura finds the gun in the clock and she hides it, then goes to Lydecker to warn him to get away before the police catch him. She feels she owes him for all he has done for her -even though he tried to kill her – and did kill the other girl!

In 1955, TV’s “The Twentieth Century Hour” had a version of LAURA, with GEORGE  SANDERS as Lydecker, ROBERT STACK as McPherson, and Dana Wynter as Laura.

What  iconic Hollywood  memorabilia – that portrait, and the clock in Laura’s apartment.

Where are they now, I wonder.