In an upcoming auction from 7th to 9th October, 2017, the personal property of both DEBBIE REYNOLDS  and her daughter CARRIE FISHER will be auctioned by Profiles in History in Calabasas,Calif.

Approximately 1500 items will go under the hammer, including books, jewellery, furniture and of course, some of the movie memorabilia which Debbie collected throughout her life.

Details of the auction can be viewed at http://profilesinhistory.com

Below are  illustrations of some of Debbie’s items. 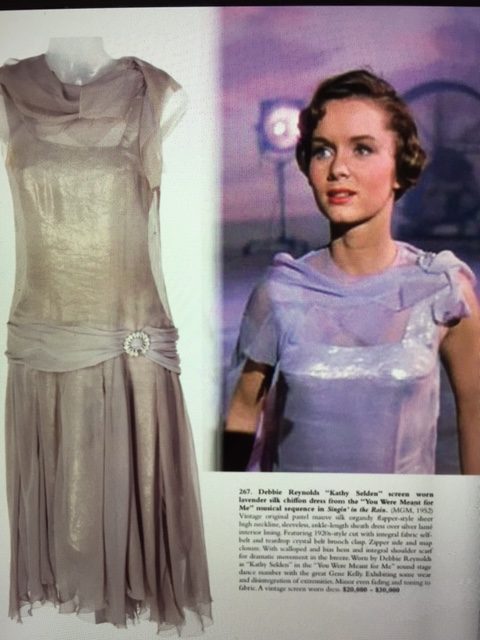 The dress Debbie wore in the ‘You Were Meant  For Me’ number in SINGIN’ IN THE RAIN.

The catalogue says that this is the hand painted Theater poster from ALL ABOUT  EVE gifted to Debbie by Bette Davis.

Mae West costumes from EVERY DAY’S A HOLIDAY.

Some of the signed stills, lobby cards and posters.

As far as I can tell, the auction takes place over three days in October. Perhaps the Sept. 23rd date is for viewing, or the date was changed.