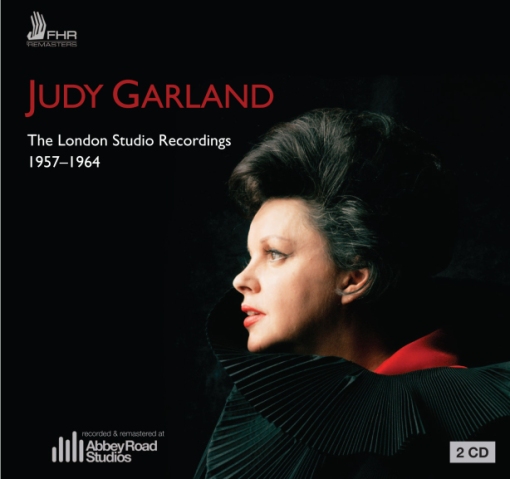 In a recent letter, a friend happened to mention an event he attended in May 1962 involving JUDY GARLAND.

I asked for more details and this is what Brian could remember from that day over 50 years ago.

“Along with other members of the JUDY GARLAND CLUB, I was invited to the Abbey Road Studios in London to hear Judy record the songs for her last film, I COULD GO ON SINGING ( for EMI/Capitol Records)……..

One of the most exciting times in my life……..

All three of Judy’s children were there, as well as DIRK BOGARDE ( Judy’s costar in the film). The film’s director ,RONALD NEAME, spoke to us . When Judy and the orchestra broke for refreshments, we were content to remain in our seats until play resumed, but Judy herself came and fetched us, saying that there was enough food and drink for all……..

We were there for about three hours .” 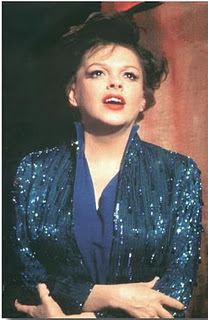 I COULD GO ON SINGING

Thanks, Brian. What a precious memory.

Judy on the Palladium stage in the film.

The four songs recorded for I COULD GO ON SINGING ( in two sessions in May and July 1962) included the title track ( written by HAROLD ARLEN and E.Y.HARBURG – the songwriters who had written ‘Over The Rainbow.’)

Mort Lindsey conducts orchestra in I COULD GO ON SINGING.

Judy on stage at the London Palladium

Members of the Judy Garland Club were also part of the audience in the London Palladium scenes in the film. 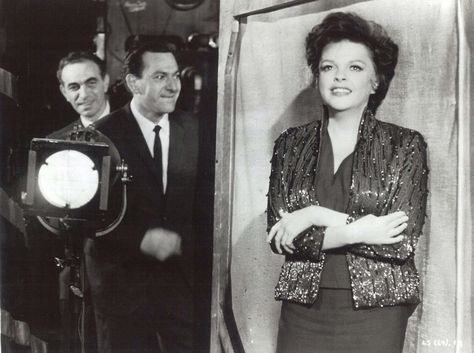 JUDY with  Jack Klugman. I COULD GO ON SINGING, as she gets ready to go on stage at the London Palladium.