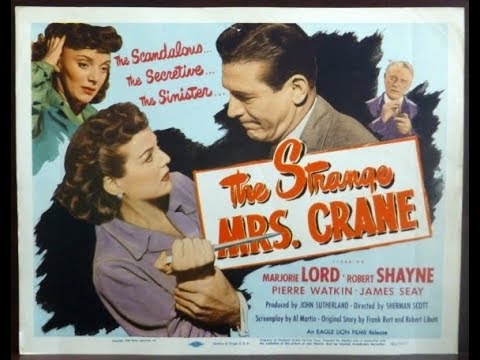 Other titles considered for THE STRANGE MRS. CRANE included “Guilty Woman’ and ‘Beyond Reasonable Doubt’, either of which would have been more suitable.

There’s nothing strange about Mrs Gina Crane (MARJORIE LORD). She’s a former con artist called Jenny Hadley who has married a rich lawyer, Clinton Crane (PIERRE WATKIN) and made a new life for herself. Not that she has changed – money and her new position is society are all that matters . ( Her husband is running for a governorship.)

Unfortunately her former partner Floyd Durant (ROBERT SHAYNE) meets up with her again and threatens blackmail .

With only a 60 minute running time, it isn’t long before Mrs.Crane commits murder and an innocent girl (RUTHE BRADY) is charged with the murder.

By sheer coincidence Mrs. Crane is called to jury duty and guess which trial she is assigned to!  And she becomes the jury foreperson.

There’s a slight reference to TWELVE ANGRY MEN when there is one hold-out for a guilty verdict – until Mrs. Crane goes to work.

Unfortunately the  twist at the end of the trial  is predictable.

Also in the cast is MARY GORDON  as the Crane housekeeper.

I think Marie  Windsor or Lizabeth Scott or Audrey Totter  would have been more believable as the murderous Mrs. Crane. Marjorie Lord is lovely but she doesn’t command the screen as any of these three ladies would.

I love catching up with  little ‘B’ films like this, which turn up on You Tube. As long as there enough plot to keep one watching, it’s usually a fast hour! 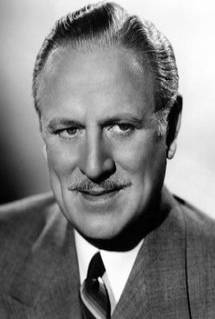