Delightful little film which packs a lot into its hour length . And wonderful to see 82 year old MAY ROBSON in the lead.

The film is worth watching if only for the first scene.

We see Minerva Hatton (May Robson) prospecting in the desert with her great-granddaughter Charlotte (ANN E. TODD ). 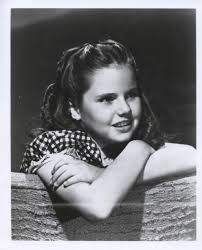 Minerva carries a shovel, wears a gun belt and is pulling a mule, as she chats to Charlotte about the old days.

Then we see them walk over to a big limousine with a horse box attached – a chauffeur , Joe ( ARCHIE TWITCHELL) is waiting for them!

It turns out that Minerva had  made her fortune gold prospecting in the area years before with her late husband .

With the help of her old friends, HARRY DAVENPORT and CLEM BEVANS, Minerva sets out to prove her granddaughter ‘ s innocence. 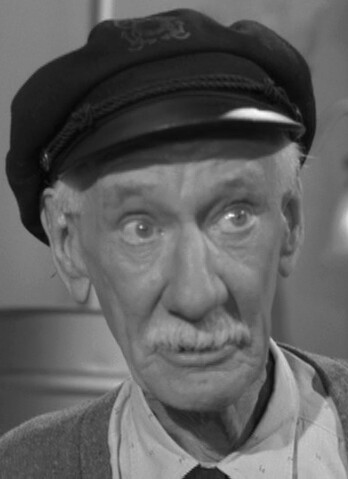 Clem Bevans was 61 when he appeared in this film. He had already cornered the market on crotchety old men.

There’s another funny scene in court when the feisty Minerva pretends to be a gentle  old lady who wouldn’t hurt a fly. ( She’s taken the blame for the murder).

She speaks in a soft ,quiet voice , tearful at one point , asking for a glass of water. The district attorney isnt fooled and says,

“You’re not the saccharine old lady you ‘d have us believe. Wasn’t your name ‘Sureshot  Minerva’?”

Minerva suddenly drops the pretence and bawls out, “No, it was ‘Hardboiled Hatton.”

The real killer has a great name, ‘Riff Daggett’ ( played by CLAY CLEMENT). There’s lots of action from Minerva and her friends before Daggett’s guilt is proved.

LAIRD CREGAR has a uncredited part as a court clerk.

Margot Stevenson ( as Minerva’s granddaughter) originated  the role of Alice Sycamore in the 1936 stage production of YOU CANT TAKE IT WITH YOU. She was married for 50 years to movie heavy VAL AVERY.

May Robson (1858 – 1942) gives a great  performance as the rough diamond millionairess who hasn’t forgotten her roots. May made 6 more films before her death in 1942.

The film is based on Erle Stanley Gardner’s THE CASE OF THE DANGEROUS DOWAGER.