When  I heard of the death of NANETTE FABRAY on February 22, 2018, I immediately thought of her great performance in my favorite musical,THE BAND WAGON.

Nanette only made a few films but one of them just happened to be the great Band Wagon in which she costarred with Fred  Astaire., Cyd Charisse ,Oscar Levant and Jack Buchanan.

She did appear briefly for Warner Brothers, as a lady in waiting to Queen Elizabeth (Bette Davis) in THE PRIVATE LIVES OF ELIZABETH AND ESSEX in 1939. Warner Brothers let her go after just three films.

Her  career was to be on the stage and in television.

THE PRIVATE LIVES OF ELIZABETH AND ESSEX

Nanette to the left of Bette Davis, Olivia De Havilland. 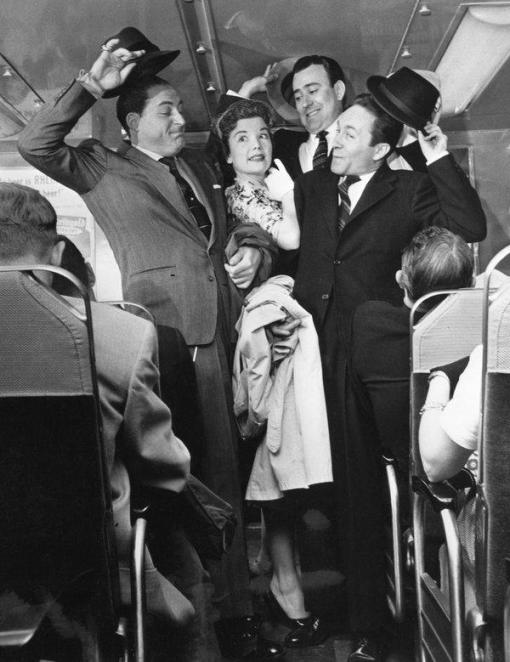 One of the funniest comic sketches I have ever seen is the 6 minute silent sketch set to Beethoven’s 5th Symphony. The timing of Nanette and Sid Caesar is unbelievable . (It can be found on You Tube.)

Sid Caesar  described Nanette: “She was what the French call a soubrette. She could sing, dance, act and look beautiful. She had perfect timing and sense of comedy.”

Nanette, who was hearing impaired for many years, does a wonderful a Capella rendition of ‘Over the Rainbow’, while signing the words. (Also on You Tube – the Carol Burnett show).

Nanette with her niece, Shelley Fabares

Nanette’s first Broadway show was LET’S FACE IT which starred Danny Kaye and Eve Arden. In 1945 she replaced Celeste Holm in BLOOMER GIRL In 1949 she won a Tony for LOVE LIFE, directed by Elia Kazan.

She was also in Irving Berlin’s last Broadway show in 1963,  MR. PRESIDENT, costarring with Robert Ryan. 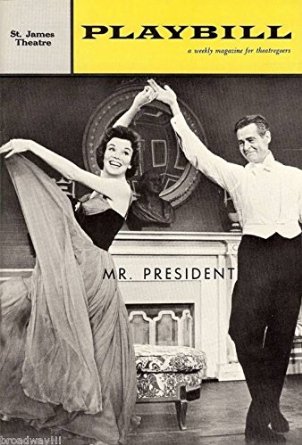 With Irving Berlin and Robert Ryan

Nanette also had her own TV series  in 1961, “The Nanette Fabray Show” , written by her husband screenwriter Ranald MacDougall. Her costar in the 26 episode show was Wendell Corey.

I don’t know why Nanette didn’t appear in more film musicals, but we will always have her wonderful performance in The Band  Wagon. 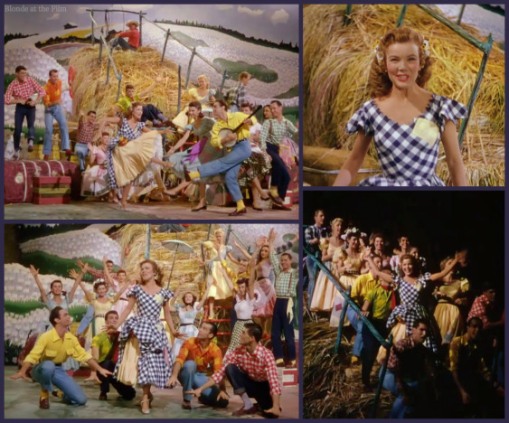 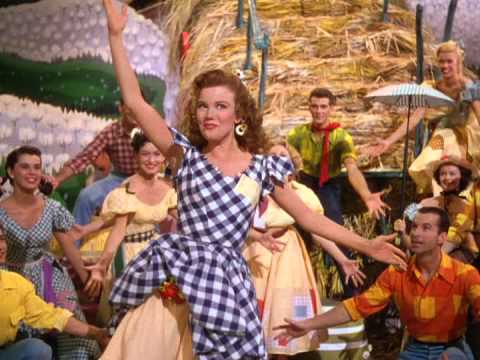 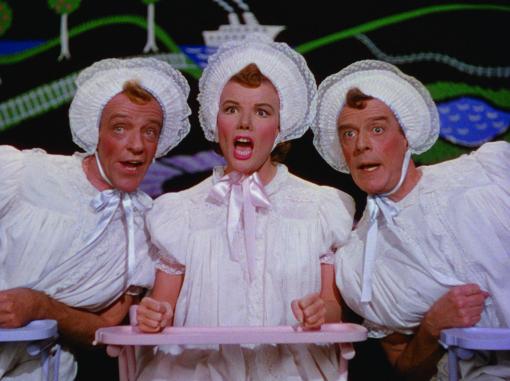 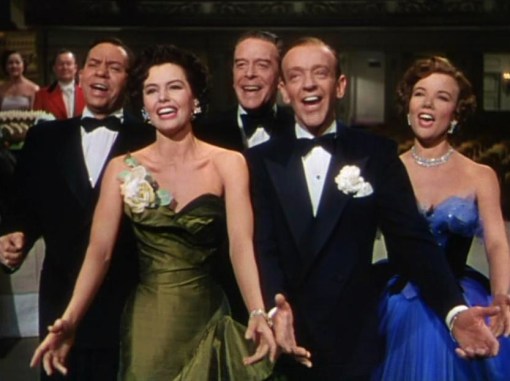 Nanette can be seen in an extensive interview on the Archive of American Television.