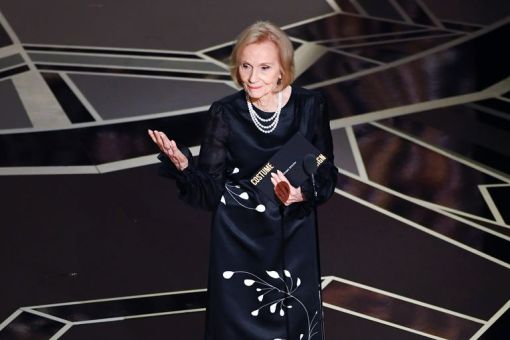 Who the heck is Fred Hitchcock!

We should ask EVA MARIE SAINT who received a standing ovation when she came on stage to present  the Best Costume Design award at the 2018 Oscars.

Relating how the famed director accompanied her to the luxury New York  department store, Bergdorf  Goodman ,  to choose her wardrobe for NORTH BY NORTHWEST, the 93 year old actress referred to him as ‘Fred Hitchcock’. Not Mr. Hitchcock or  ‘Hitch’, but Fred!

(Eva Marie said that her favorite dress in the film was the black one with the red rose pattern).

She reminded us that in her  role in ON THE WATERFRONT, she wore the same outfit throughout the film.

And she mentioned her late husband, Jeffrey Hayden who died in 2016 – they had been married for 65 years.

Before she came on stage, a clip from her Oscar winning performance in  “On The Waterfront” was shown. A scene with Karl Malden. 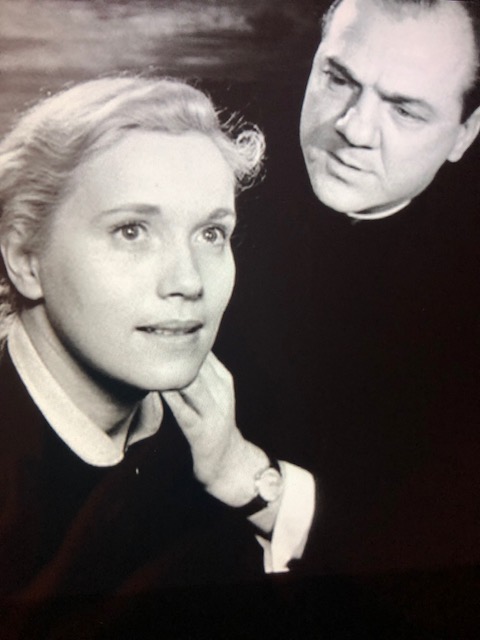 With Karl Malden. ON THE WATERFRONT

“On The Waterfront” was Eva Marie’s screen debut and she won the Best Supporting Actress Oscar in 1955.

Eva Marie also commented, “I just realised something – I’m older than the Academy.” (Eva Marie was born in 1924, the Academy of a Motion Picture  Arts and Sciences was founded in 1927.) 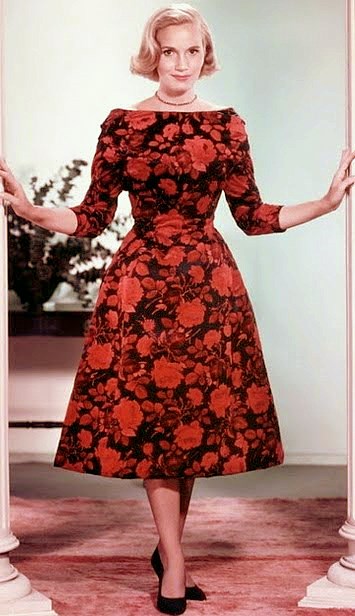 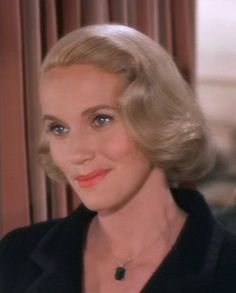 As Eve Kendall in North By Northwest 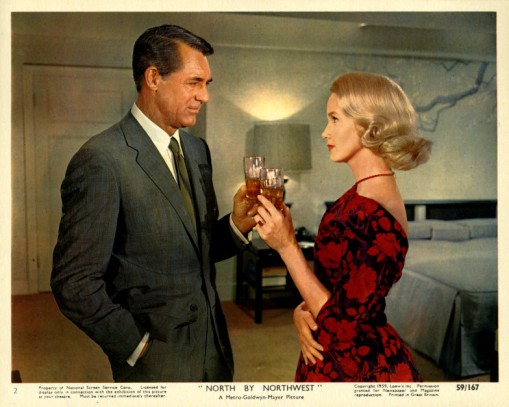 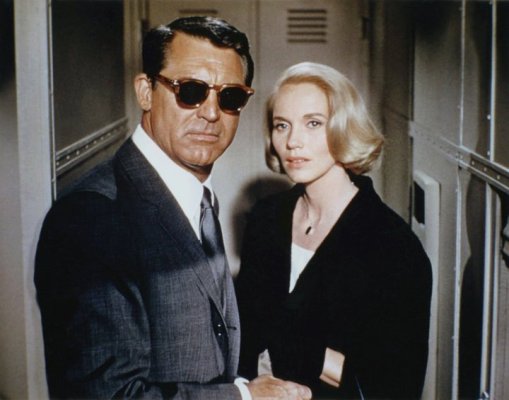 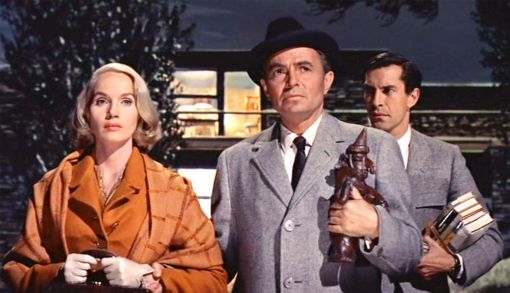 With James Mason and Martin Landau.NORTH by NORTHWEST 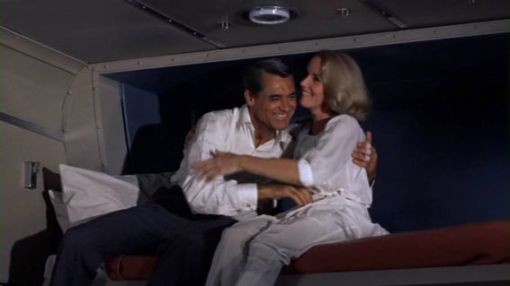 With Cary Grant at the end of North By Northwest

Eva Marie will be attending screenings of two of her films,, A HATFUL OF RAIN and GRAND PRIX at the 2018 TCM Festival in April,2018. 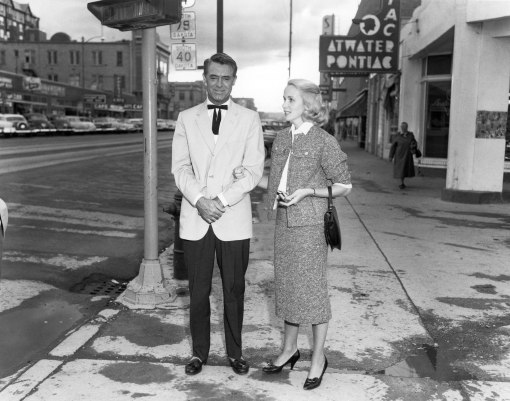 A rare picture from the set of North By Northwest. Not sure why Cary Grant has that particular outfit and  tie on. Any ideas?