It was interesting to see the documentary , ROD TAYLOR, PULLING NO PUNCHES (2016) in the presence of the two Australians who made the documentary – director Robert de Young and producer Stephan Wellink.

The screening at the Glasgow Film Festival in February, 2018 was the first time the documentary has been shown in the U.K.

MGM gave him a seven year contract in 1955 and put him in THE CATERED AFFAIR, with Bette Davis and  Debbie Reynolds.

Rod is best remembered for THE TIME  MACHINE (1960), THE V.I.P.’S ( one of the few times he played an Aussie), YOUNG  CASSIDY and THE BIRDS.

With Debbie Reynolds in A Catered Affair. 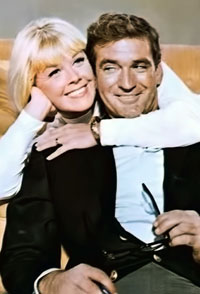 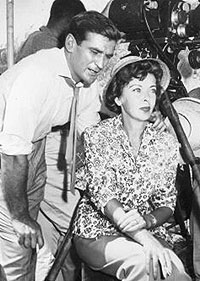 Rod did quite a lot of TV including 26 episodes of a series called HONG KONG (1960/61). Ida Lupino was one of the directors.

Another series called OUTLAWS (1986/87) only lasted 12 episodes but looked interesting when I watched an episode on You Tube – time travelling cowboys  from 1896 find themselves in 1986!

With Maggie Smith. THE V.I.P’S

Maggie Smith was interviewed and said Rod was incredibly generous.

Three of my favorites : 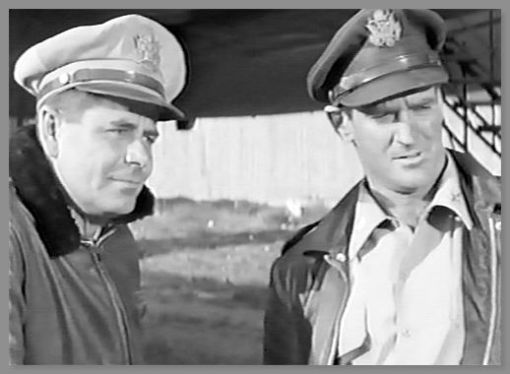 With Glenn Ford. FATE IS THE HUNTER

With  Ben Johnson.    THE TRAIN ROBBERS.

Having read the extensively researched and interesting book, I’d only take exception to Mr. Vagg’s description of one of my favorite westerns,”The Train Robbers” as lacking excitement and originality!

Also interviewed are Tippi Hedren and Angela Cartwright from “The Birds”

The heart of the documentary is a series of interviews Rod did in 2012. He comes over as open, candid and humorous.

The DVD of the documentary came out in Australia in January 2018 from UMBRELLAENT.COM.AU

It’s well worth seeing and I hope it gets a release in the UK and the States.

I’ve been a Rod Taylor fan for a long time. Even in a small part in Alan Ladd’s HELL ON FRISCO BAY in 1955,  he stood out as someone to watch.

There’s lots of info about Rod on the website http://www.rodtaylorsite.com