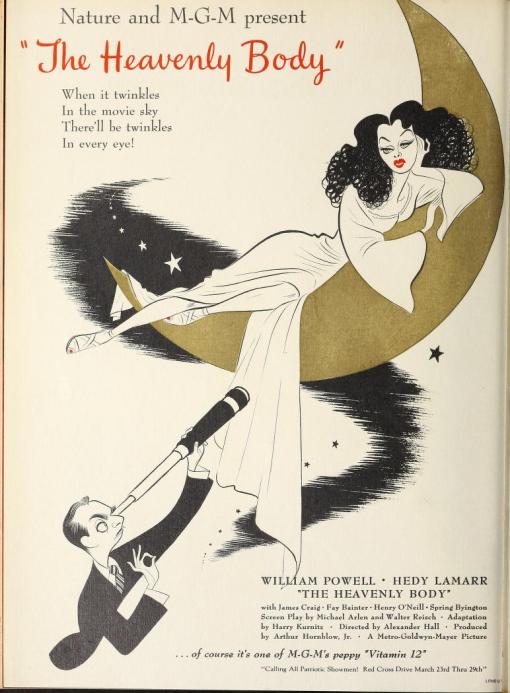 Love that headline: ” NATURE AND MGM…….

I’m about to see this film for the first time. Hope it’s better than other Hedy Lamarr films I’ve watched lately  (COME LIVE WITH ME, I TAKE THIS WOMAN, LADY WITHOUT A PASSPORT, LADY OF THE TROPICS, H.M.PULHAM ESQ.)

Sorry, I didn’t like any of them. Anyone care to argue?! 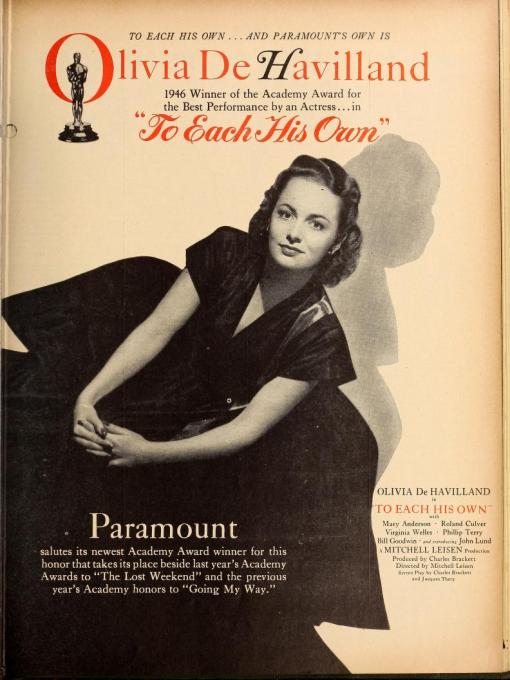 Paramount reminds folk that they have won major Oscars in the last 3 years. Gotta toot your own trumpet!

GOING MY WAY –  THE LOST WEEKEND-  TO EACH HIS OWN. 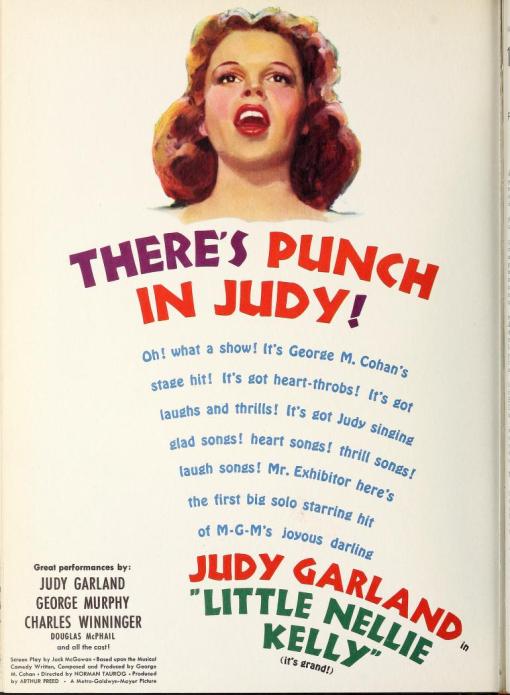 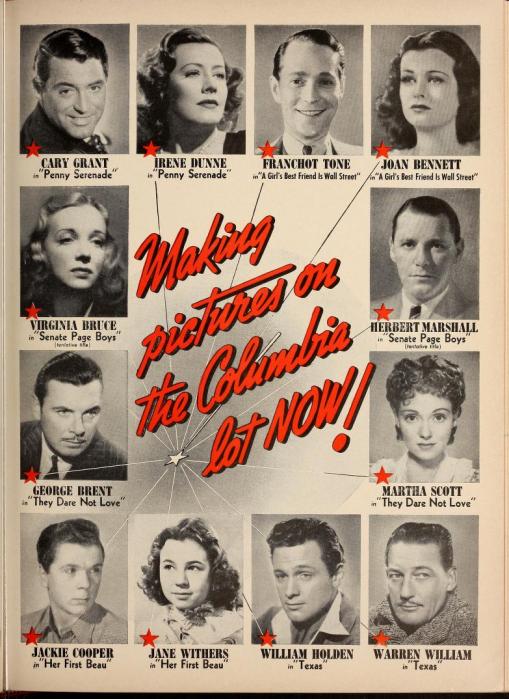 A GIRL’s BEST FRIEND IS WALL STREET , starring Franchot Tone and Joan Bennett, became SHE KNEW ALL THE ANSWERS.

THEY DARE NOT LOVE  remained the same. It starred George  Brent as an Austrian prince! 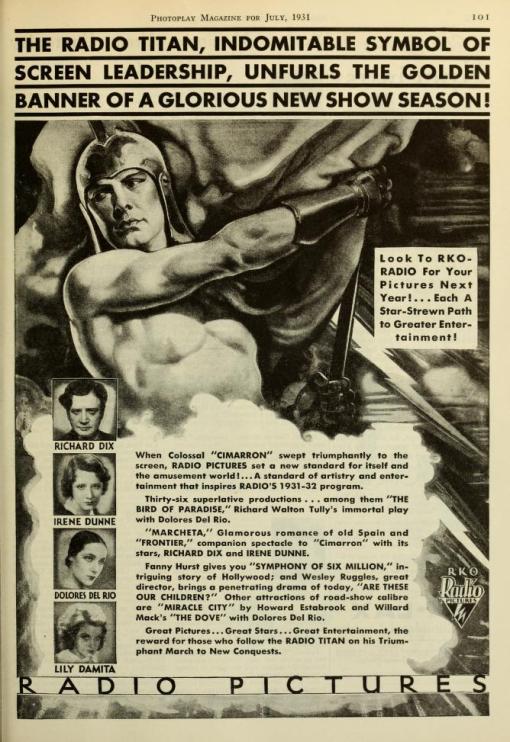 Impressive ad for 1931/32 season of RKO Radio – “….THE RADIO TITAN ON HIS  TRIUMPHANT  MARCH TO NEW CONQUESTS!

Irene Dunne stars in two of the new films, CIMARRON and SYMPHONY OF SIX MILLION. 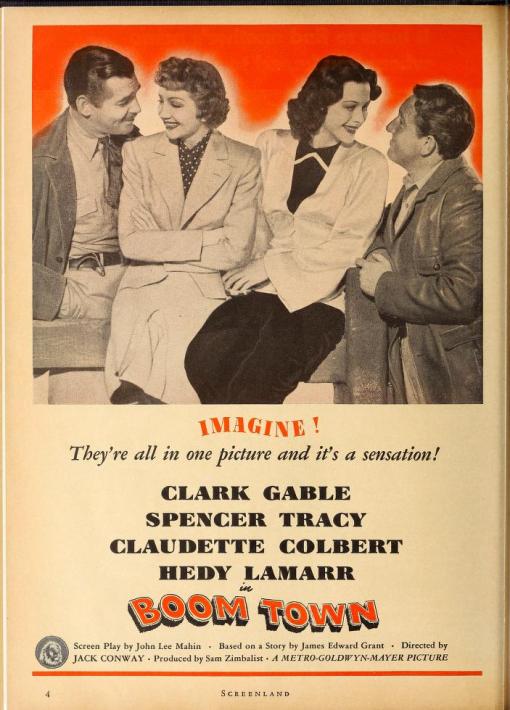 Four big MGM stars. That’s all it takes to sell the movie. 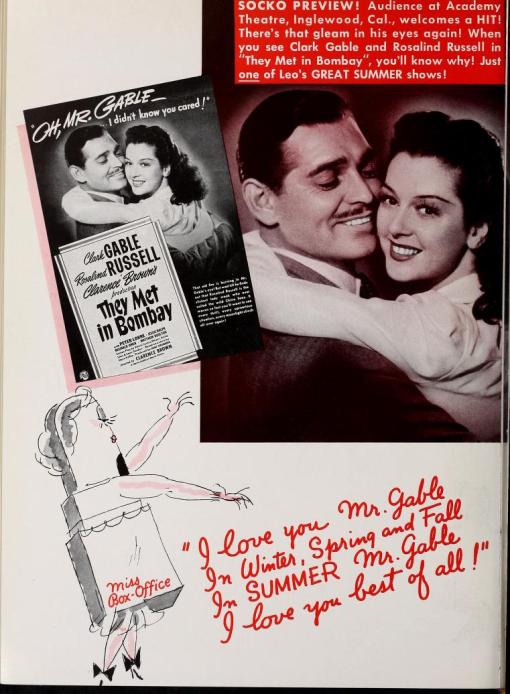 Going to the movies in the 1950s. Lots of stars in sci-fi, comedy, melodrama. 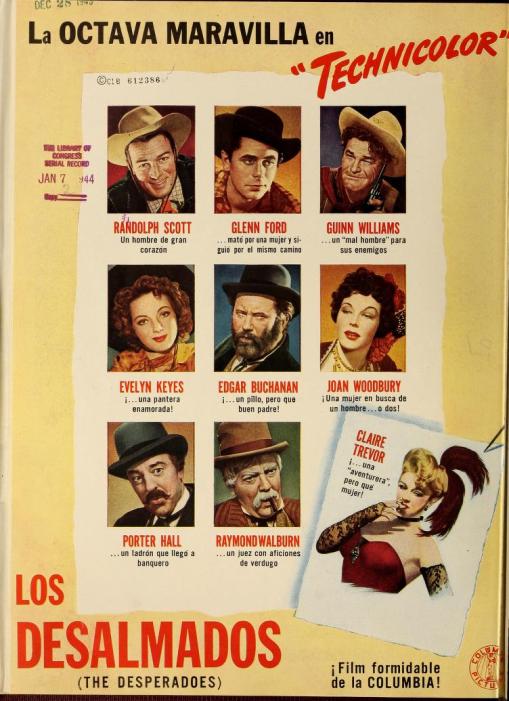 Evelyn Keyes: “A panther in love!”