The 2017 documentary about HEDY LAMARR is by writer/ director Alexandra Dean and is now available on DVD . I saw it for the first time at the Glasgow Film Festival. I enjoyed it very much and have the DVD on order.

Known  for her glacial beauty, MGM starred Hedy with all its biggest names from Gable to Tracy to Robert Taylor. She graced countless magazine covers. Though   her acting range was quite limited, MGM persevered in the seven years they had her under contract from 1938.

Notably, they did not renew her contract.

The documentary is not primarily a study of Hedy’s film career but concentrates more on an aspect of Hedy’s  life which only came to light in recent years.

Hedy was an inventor, she was mechanically minded and said,

“Inventions are easy for me to do – I have an inventive  mind.”

Born Hedwig Kiesler in Vienna in 1914, Hedy was very close to her banker father who encouraged her interest in how things work. And her first husband , Freidrich Mandle , was a munitions manufacturer in Berlin. 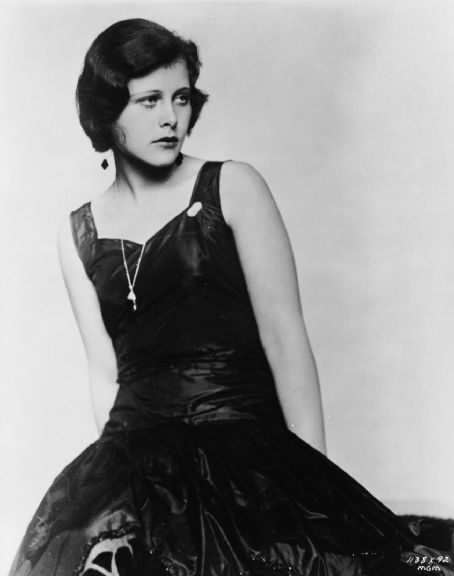 In the 2011  book, “Hedy’s Folly, The Life and Break Through Inventions of Hedy Lamarr”, author Richard Rhodes points out that some inventors have been artists –

“Samuel L.Morse, the co-inventor of the telegraph, was a professional painter……But many inventors have been people with no obvious qualifications for inventing. Hedy Lamarr was an inventor.”

The documentary makers were fortunate to make contact with a journalist ,Fleming Meeks ( a reporter at Forbes  magazine) who had audio tapes of interviews with Hedy  in 1990. Listening to Hedy talk about herself is fascinating.

Maybe she was still smarting at the U.S. Government for rejecting the invention she and her friend George Antheil had offered in 1940. The Government officials  suggested she sell war bonds – which she did.

What she and George Antheil had invented was a way to protect the radio transmissions  that controlled torpedoes so they could not be jammed.  (German U -Boats were sinking North Atlantic shipping).

A patent was filed in 1941 and expired in 1959. When the U.S military, many years later,  finally realised the importance of the invention, there was no recognition or compensation for Hedy. 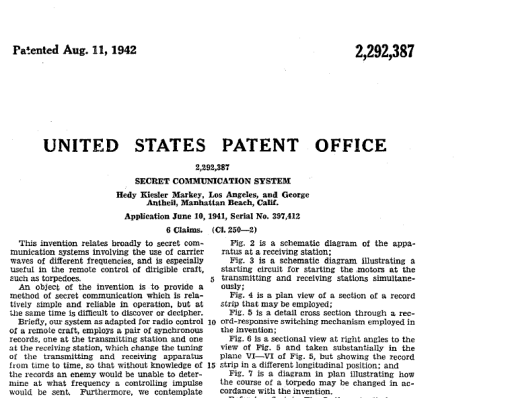 It has been written that Hedy’s invention, Spread Spectrum  technology ,was the forerunner of Wi-Fi and GPS.

Hedy set up an inventor’s corner in the drawing  room of her Hollywood  home.

Apparently, while friends with Howard Hughes, Hedy discussed  a more aerodynamic design for plane wings after observing birds and fish!

At the height of her beauty, in ZIEGFELD GIRL

With John  Loder,one of her 6 husbands. 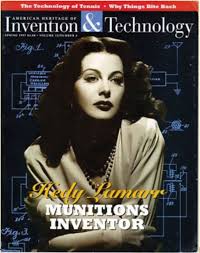 Hedy on the cover of the scientific magazine ,”Invention and Technology.”

In 1997, three years before her death, Hedy received  an award from the Electronic Frontier Foundation. Her son accepted for her.

In 2014, she and her co- inventor George Antheil were inducted into the National Inventors Hall of Fame. They were honoured for contributing an important development in wireless communication.

Hedy died, aged 85 ,in 2000. In her last years she was a recluse. I saw some footage of her in her apartment on You Tube . Her many plastic surgeries were evident and very sad. Grotesque in fact.

It was announced in September , 2017 that Diane Kruger (  who appears in the documentary ) will play Hedy in a proposed TV mini series  based on Richard Rhodes’ s book, Hedy’s Folly. 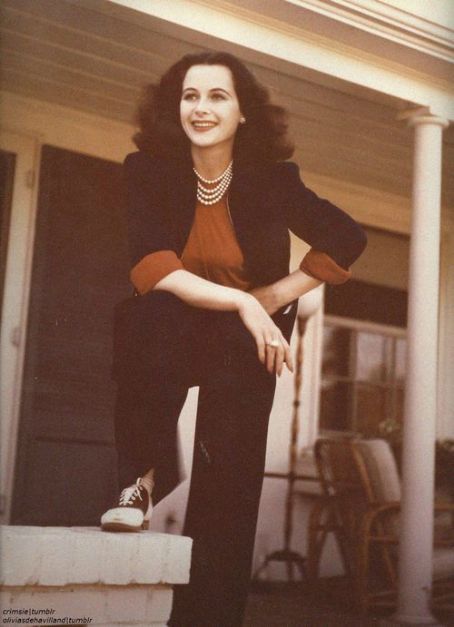 I’ve caught up on some of Hedy’s films after seeing the documentary. I’m afraid none of her performances have impressed me. Partly let down by poor scripts, but ,apart from looking gorgeous, she is generally  overshadowed by others in the casts.

With Robert Taylor. LADY OF THE TROPICS 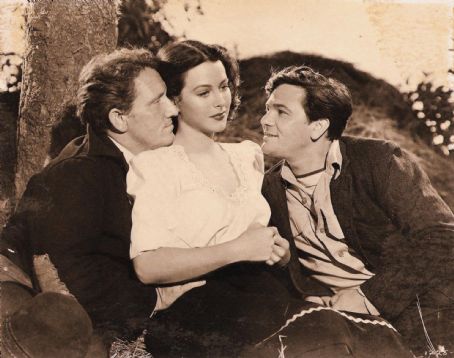 One I haven’t seen,TORTILLA FLAT had Hedy alongside two powerhouse performers, Spencer Tracy and John Garfield.

With John Hodiak. A LADY WITHOUT PASSPORT 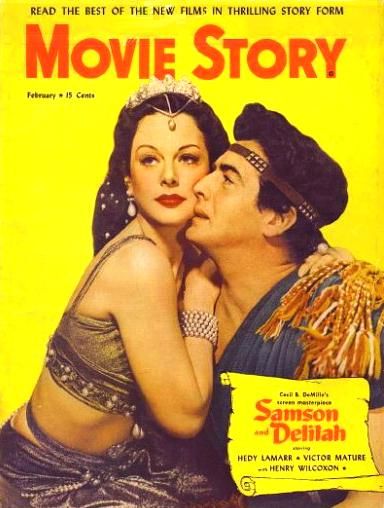 Hedy  was ushered back to MGM after the success of SAMSON AND DELILAH, but, again, MGM’s script for A LADY WITHOUT PASSPORT was just not good. 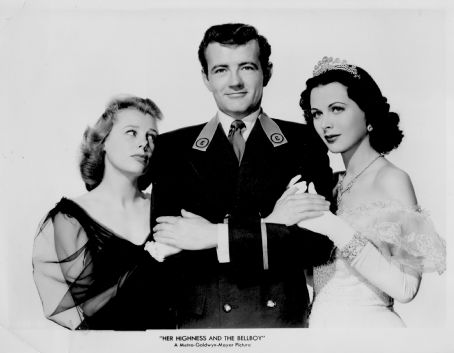 With June Allyson and Robert Walker.HER HIGHNESS AND THE BELLBOY

That famous MGM assembly of stars, with Hedy to the left of Katharine Hepburn

Hedy  front and centre in the MGM star photo from 1943. She was always so elegant looking.

BOMBSHELL is the first production of Reframed Pictures ,from Susan Sarandon, Alexandra Dean and Adam Haggiag.