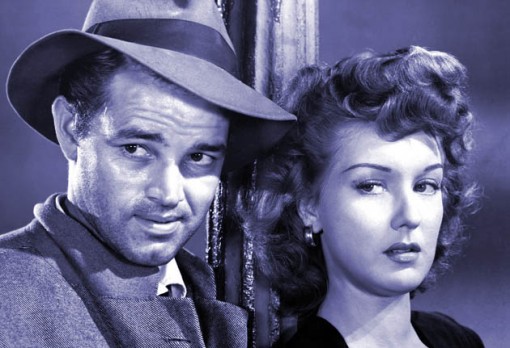 Good to hear that , later in the year, Janus Films will be releasing  a newly restored dvd and Blu-ray of 1945’s excellent little B noir, DETOUR.

”Detour” was the first B movie chosen by the American Library of Congress in 1992 for the National Film Registry, naming it worthy of special preservation status.

Now it has been restored by the Academy Film Archive and the Film Foundation, with a first screening on April 28  at the 2018 TCM Festival. 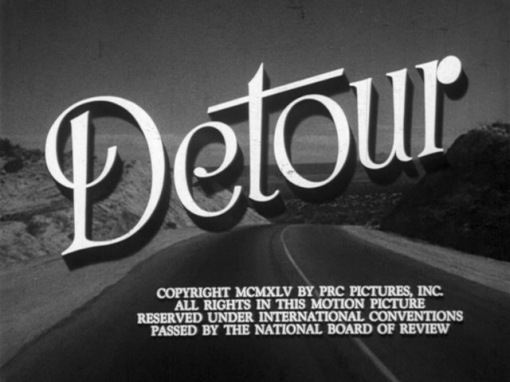 Scripted  by Martin Goldsmith from his own novel, Detour has a first person narration by TOM NEAL as New York pianist Al Roberts for whom life is almost not worth living. ROBERTS is a pessimist of the highest order.  His singer girlfriend has left for Los Angeles and he decides to hitch-hike across country to be with her.

Roberts’s attitude is “That’s life. Whichever way you turn, fate sticks out a foot to trip you”.

It’s almost inevitable that things won’t go well for him , especially when he meets ANN SAVAGE on the road. I can only quote Glenn Erickson of DVDtalk.com who describes the Savage character of ‘Vera’ as: ”as shrill as a raw nerve and as jarring as fingernails on a chalkboard…”

Made on a shoestring by PRC (Producers Releasing Corporation), “Detour”  has only two main locations, the car Neal drives  in front of a rear projection screen, and the hotel apartment later in the film. But it’s 68 minutes which never lets up until that last frame of the last reel of film is unspooled.

Savage and Neal are just so good in the lead roles.

Tom Neal, as  ROBERTS, hitches a ride which starts a chain of events he can’t stop. 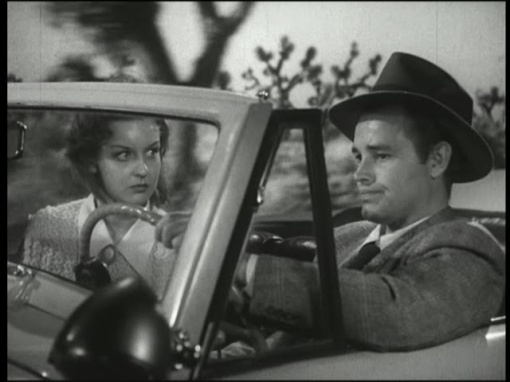 ”What did you do with the body?”, says Savage to Neal, and the plot crashes forward as his fate is sealed – he cant escape from her.

That look says it all.

”Detour” is directed by EDGAR G. ULMER (1904-1972) who never made it to the top tier  of directors but managed to make several good films within the restraints of P.R.C.

Such a pity Columbia didn’t hold onto her.

In later years, with the re-discovery of “Detour”, Ann appeared at various film festivals. 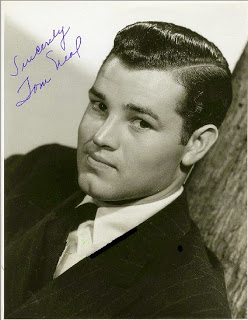 In 1951, he had  a much publicised fight with FRANCHOT TONE, over actress Barbara Payton . And then in 1965, he was convicted of the manslaughter of his third wife and served 6 years in prison, dying 6 months after his release.

The Academy of Motion  Picture Arts and Sciences founded the Academy Film Archive in 1991 for the preservation of motion pictures.

The Film Foundation was started in 1990 by director Martin Scorsese , also for the purpose of preserving film history.

DETOUR was restored with  sources from three different countries and 4K digital technology. I can’t wait to see it after all those years of public domain copies.

The Film Foundation has joined forces with Universal Pictures to restore some Universal classic titles.

The first titles  for 2018 include DESTRY RIDES AGAIN, THE KILLERS, WINCHESTER 73 and MY LITTLE CHICKADEE.