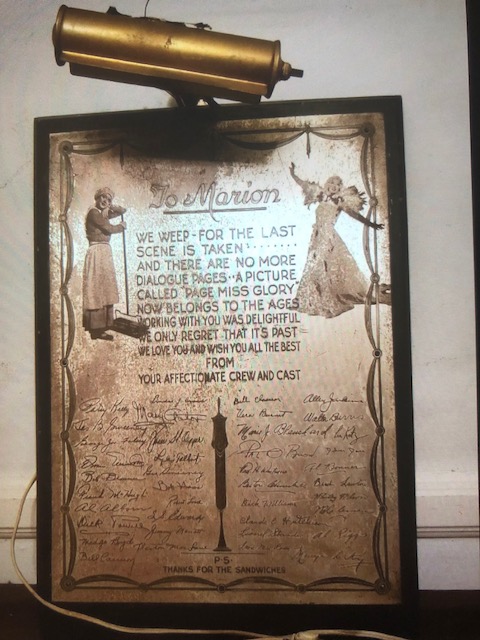 Seen on EBay for sale at $580, this brass on wood plaque was signed by the cast and crew of PAGE MISS GLORY (1935) and given to the star  of the film , Marion Davies. 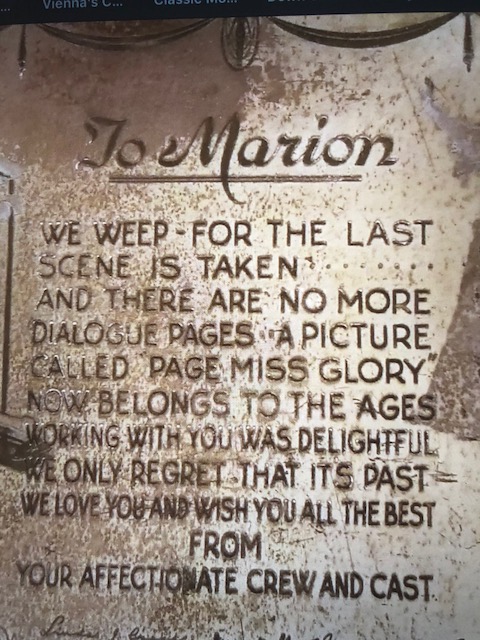 It’s interesting to see all the signatures, some of which are clear. 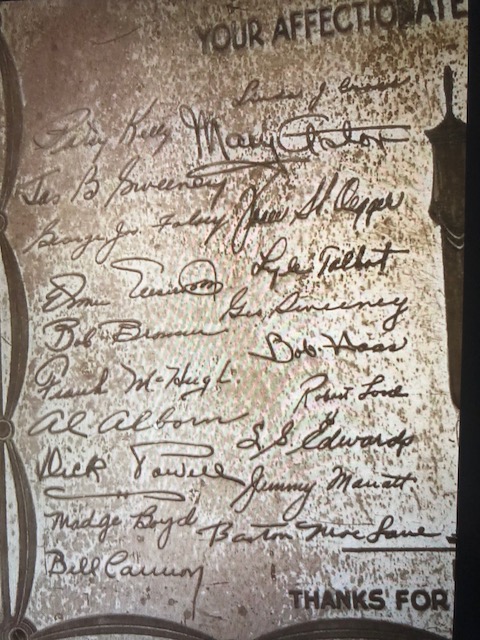 The left hand side, above, has Patsy Kelly, George Folsey (cinematographer) Frank McHugh, Dick Powell. I don’t know who the others are. 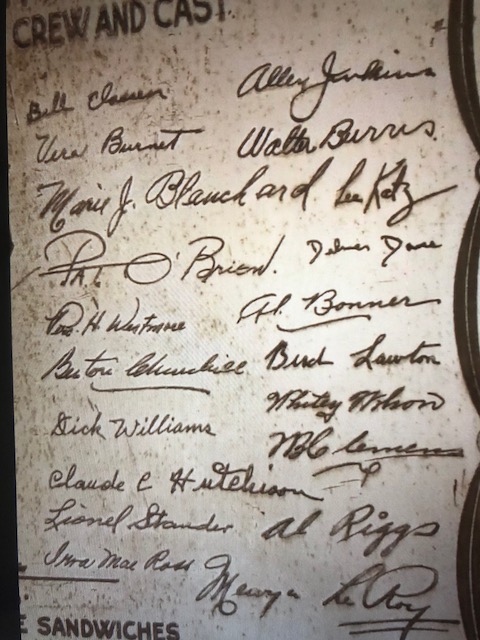 From the above, I can see on the left side, Pat O’Brien, Berton Churchill, Lionel Stander.

And on the right, Allen Jenkins, Delmer Daves (writer), and director Mervin LeRoy.

Any other names, I can’t find in the IMDB cast and crew listing.

But IMDB listed during the 1930s that Marie  Blanchard did costumes,Claude Hutchison was in the camera dept and Al Alborn was an assistant director and unit  manager. 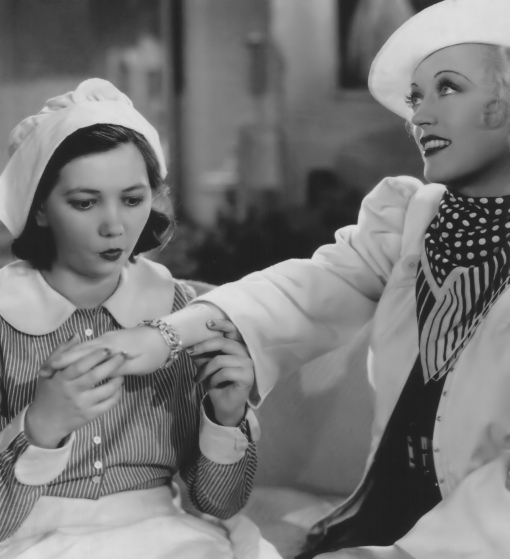 I reviewed this film in July 2014 and found it enjoyable.(https://viennasclassichollywood.com/2014/07/20/ever-since-eve-1937)  It  was Marion Davies’ first film at Warner Brothers after leaving MGM. 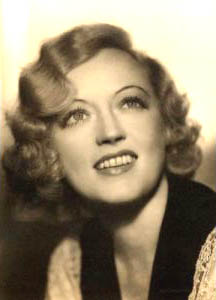