So much for my extensive knowledge of Cary Grant’s  career. The little gem above completely escaped me.

Hitchcock talked to the press, saying, “The plot,situation, psychology and characters will be retained, but the action and sets will be modern.”

Seemingly Cary Grant had provisionally agreed to do the film. He also spoke to the press, saying, “I approach the assignment with trepidation but my faith in Mr. Hitchcock is my reassurance in the matter.”

Hitchcock seemed very keen on the idea and did quite a lot of work on it, but eventually it wasn’t to be ( or not to be).

I read that Hitchcock tried to get John Gielgud’s stage production of  “Hamlet” on film, without success.  And of course Laurence Olivier filmed the play in 1948.

A writer called Irving Fisk filed a $1 million lawsuit against Transatlantic Pictures in 1947, claiming he had written Hamlet in modern English. The suit was eventually dismissed.

Could it have worked?  “Hamlet” is a tale of murder, revenge and tragedy – hardly any of the main characters are alive at the end.

I just can’t picture it.  Hamlet is memorable for the wonderful writing, none of which ,presumably, could be used in a modern day setting.

I recall that there was a modern day version of MACBETH, called “Joe MacBeth”, starring Paul Douglas and Ruth Roman , made in England. It’s on You  Tube. Must watch it.

There is a Hitchcock connection to Hamlet . There is a line in the play, “I am but mad, North-North-West.”

My thanks to Alistair for alerting me to this proposed film. 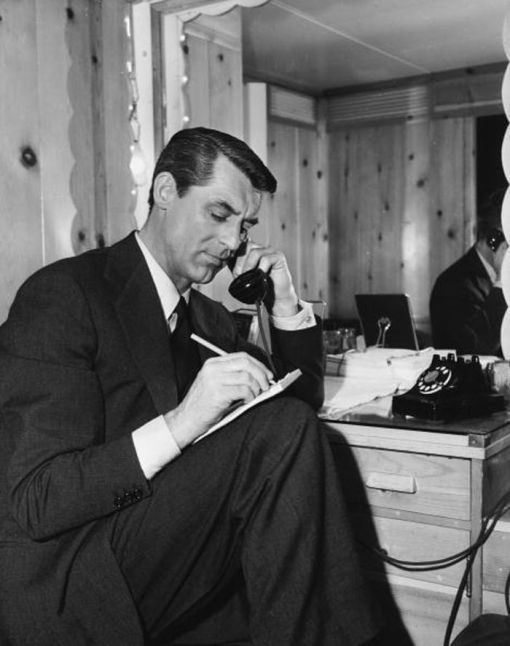 Cary tries to contact Hitch by letter and phone, saying “ Are you mad. Include me out!”