“The pellet with the poison’s in the vessel with the pestle.

The chalice from the palace has the brew that is true”.

Mildred Natwick as Griselda in THE COURT JESTER is trying to help the bumbling ‘Hawkins’ ( Danny Kaye) who is due to fight a duel with Robert Middleton. Before the joust, the two opponents will drink a toast.

Just as Danny tries to remember which vessel to drink from,  the chalice from the palace is broken and replaced with a flagon!

”The pellet with the poison’s  in the flagon with the dragon.

The vessel with the pestle has the brew that is true.”! 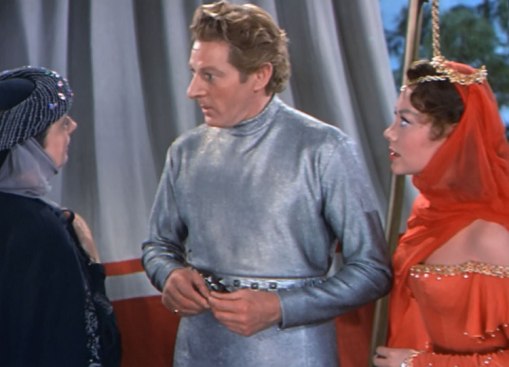 Danny gets into his armour. 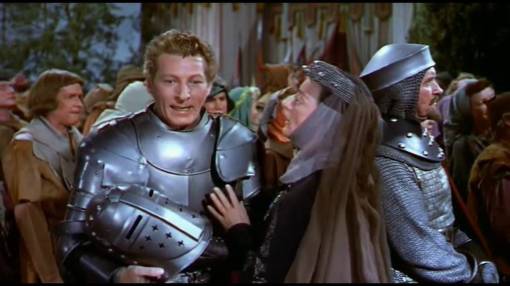 Are you listening? I am not speaking a foreign language .

Danny’s opponent, Sir Griswold. Small wonder he agrees to the vessel with the pestle ( or the flagon with the dragon.)

Sir Griswold’s servant finds out about the poison and tells his master.

They both try to pick up the right vessel, but eventually neither drinks the wine when the King (Cecil Parker) tell them to get  on with the joust.

Danny’s suit of armour has been struck by lightning before he puts it on and becomes magnetised. Anything metal is sticking  to him.  The ensuing fight on horseback is so funny. 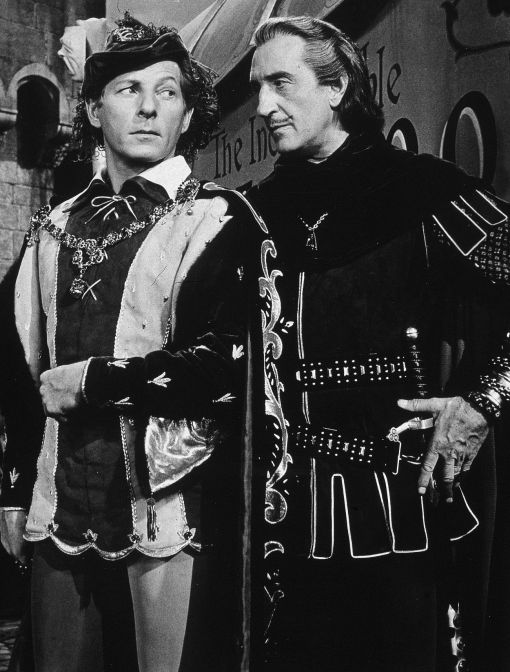 How can Danny triumph over these two villains, Basil Rathbone and Michael Pate. But of course he will! 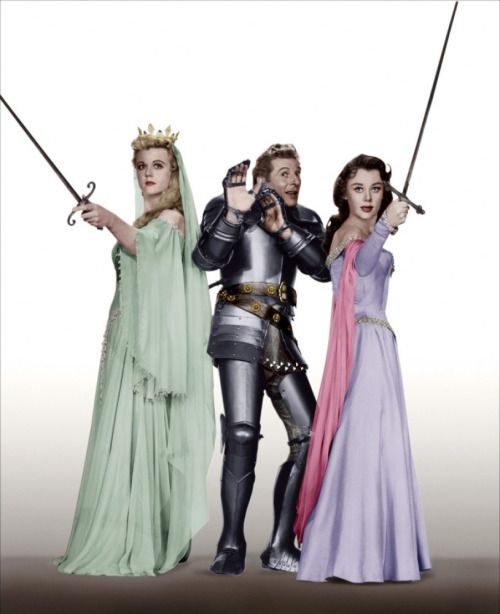 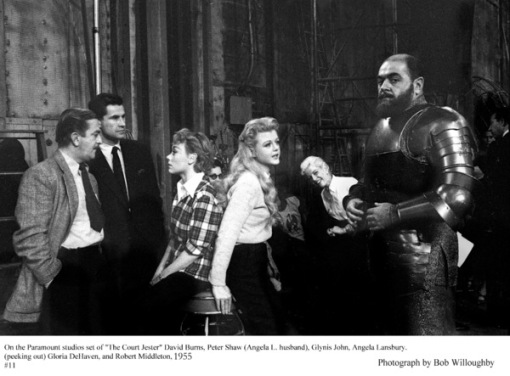 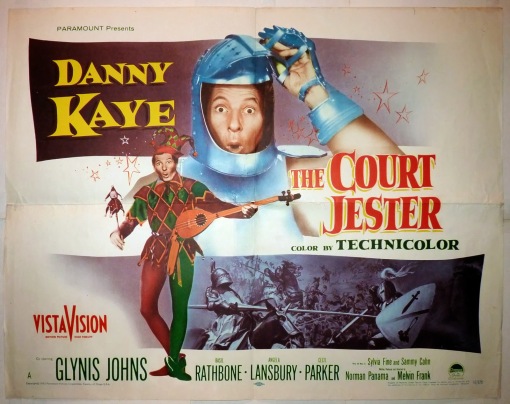 A great spoof on the costume swashbuckling films popular in the 30s, 40s and 50s.

Back In 1939, Bob Hope starred in a comedy, NEVER SAY DIE, which has a scene and dialogue with some similarity to the Court Jester scene.

Bob has been forced into a duel with Alan Mowbray. Martha Raye tries to help Bob and tells him one pistol with have a blank.