Time Magazine had asked Chaliapin to do a cover portrait of Gloria Swanson who was expected to win the Oscar for “Sunset Boulevard”.

When Judy Holliday won, they got him to do a cover portrait of Broadway actress, Barbara Bel Geddes instead. Barbara was starring in “The Moon  is Blue”.

Chaliapin ‘s  watercolour of Gloria from 1951 is now in the National Portrait Gallery of the Smithsonian Institution. The painting was gifted to the Smithsonian by Boris Chaliapin’s  widow.

I wonder if Time considered a cover for Judy Holliday.

All the portraits at the Smithsonian can be seen at http://npg.si.edu 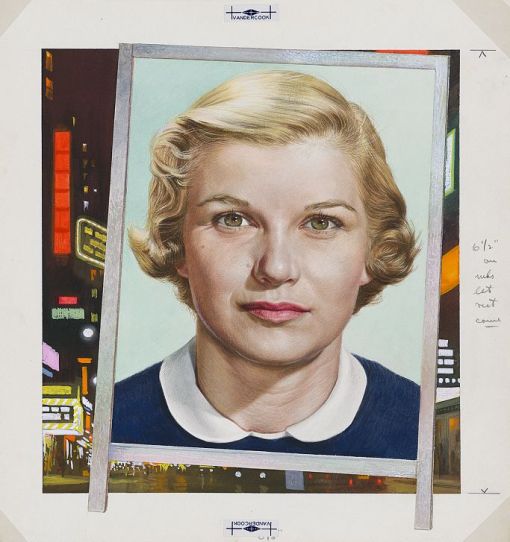 The portrait of Barbara Bel Geddes which made the cover of Time magazine in 1951 instead of Gloria Swanson. The original is also in the Smithsonian, courtesy of Mrs. Chaliapin.

Leave a Reply to C. A. Weaver Cancel reply