Written and produced by Douglas Fairbanks Jr., “The Exile” , set in  1660, has Fairbanks as Charles the Second in exile in Holland after Oliver Cromwell and his Roundheads have killed his father and banished the Monarchy in England.

Charles has a few loyal friends who have come with him to Holland including Nigel Bruce, his elderly advisor.

The monarch seems to be enjoying himself , leaving behind the chains of office. He takes a job in an Inn run by the lovely Paule Croset (aka Rita Corday) and they fall in love.

The first half of the film is relatively slow paced and with a light tone.

Especially when Robert Coote turns up at the Inn  claiming to be Charles Stuart, the King. He’s actually an out of work actor looking for free food and board. Coote doesn’t seem deterred by the fact that there is a reward of £5,000 for the King’s capture. 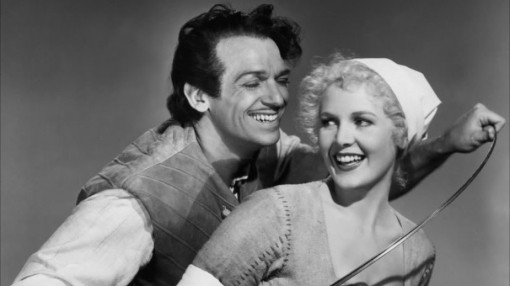 Billed as Paule Croset, the Swiss actress had made several Hollywood films prior to The Exile under the name Rita Corday, including several Falcon  films. She was active till 1955 and was sometimes credited as Paula Corday. Confusing. 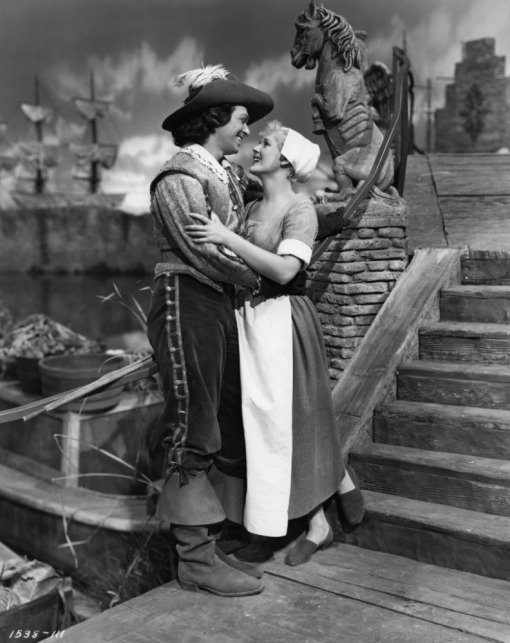 Life gets serious for the King when Henry Daniell (looking like Darth Vader!) is assigned to go to Europe and capture Charles. Unfortunately Daniell gets very little to do. 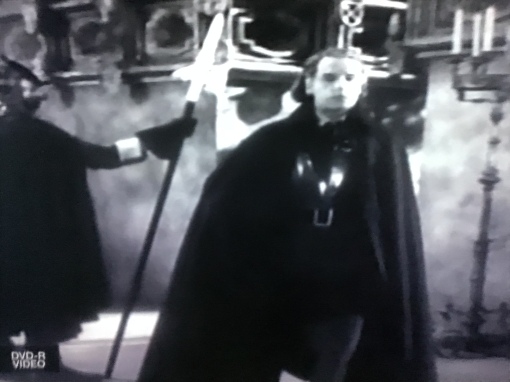 We finally get some Fairbanks stunts  and fencing in the last 20 minutes of the film . The Fairbanks /Daniell sword fight takes place in a shadowy windmill and is  well filmed, reminiscent of  “Foreign Correspondent”. 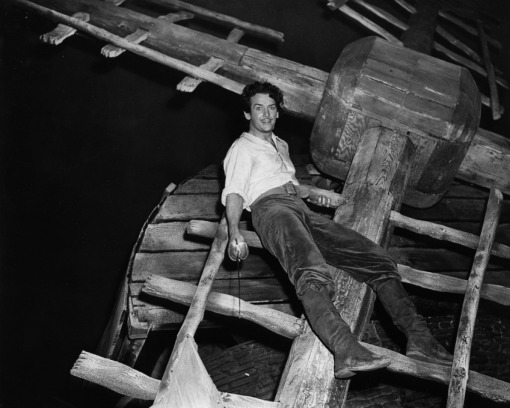 The film’s top billed star, Maria Montez has about 15 minutes of screen time as a French countess who comes to tell Charles that his cousin, King Louis the 14th. supports him.

The Montez role is really superfluous  but she looks ravishing ,playfully flirting with  Charles.

Apparently Maria had it in her Universal contract that she would always get top billing in any film. Fairbanks had to agree, though later advertising for the film always had his name first. 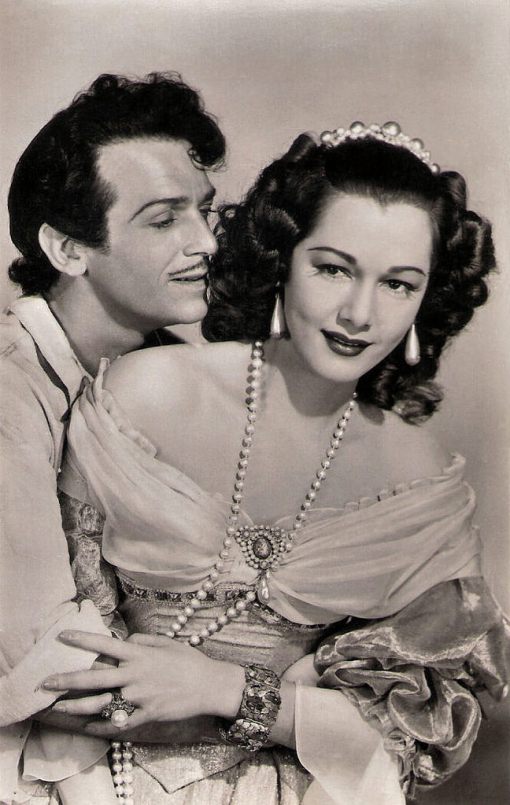 There’s a Prisoner Of Zenda  ending. A lovesick Charles has to return to England alone.

The Exile was the first of the few Hollywood films directed by German emigre Max Ophuls(1902-1957). Ophuls is remembered for “Caught”, “Letter from an Unknown Woman “ and “ The Reckless Moment”.

Presumably to save money, scenes seemed to be all filmed on quite lavish sound stages  but location  filming ( and an improved  script) would have helped. Fairbanks carries the film. He captures the lighthearted memory of his father, though I wonder  why he felt the need to repeat what his father had been famous for.

Historically, Fairbanks uses little except the basic exile of the King and his eventual return to power. 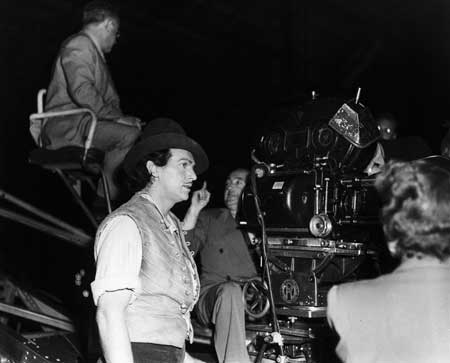 Douglas Fairbanks on the set. 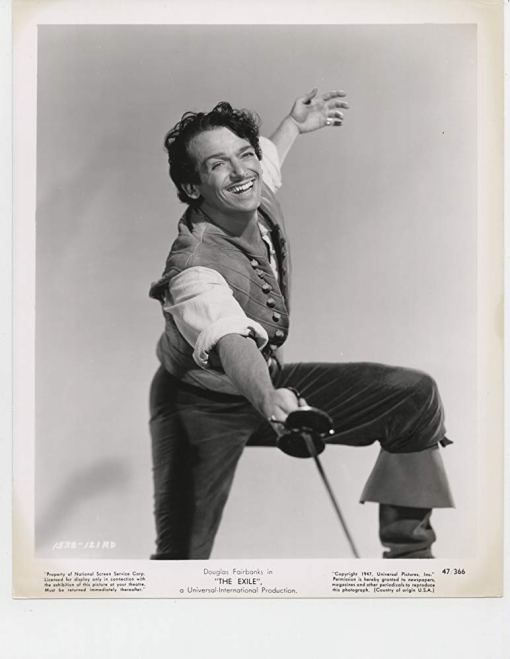 Only  swordplay is in the final action scenes . 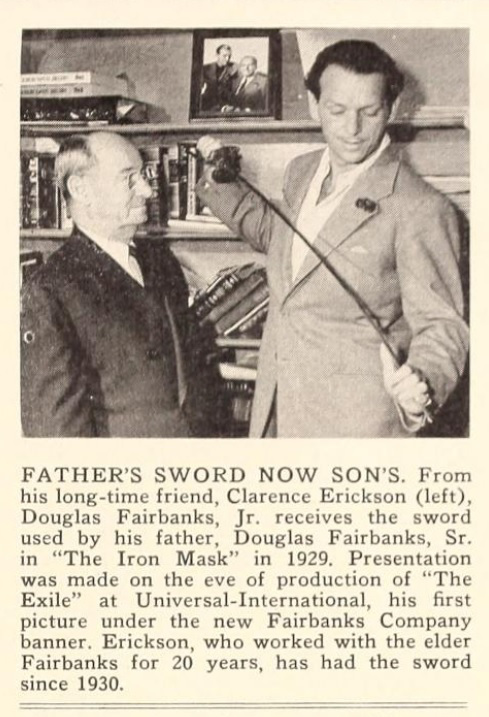 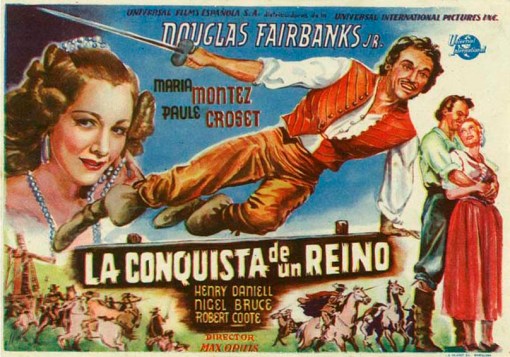 CONQUEST OF A KINGDOM