There are some historical characters who  turn up in Hollywood films and TV shows time and time again.

The popularity of westerns meant that people like Billy the Kid, Wyatt Earp, Bat Masterson, Jesse James, Bill Hickok, the Daltons – and Doc Holliday were portrayed many times over the years.

I’ve never looked for, or expected  historical accuracy from Hollywood. So I just accepted whatever character a scriptwriter and actor would give Doc Holliday .

Here are some of the actors who played Doc Holliday. Mostly he was the man in black  who was handy with cards and guns. 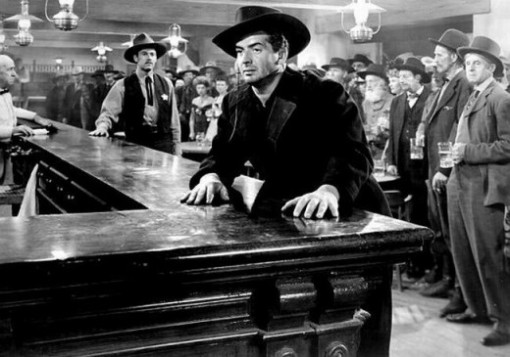 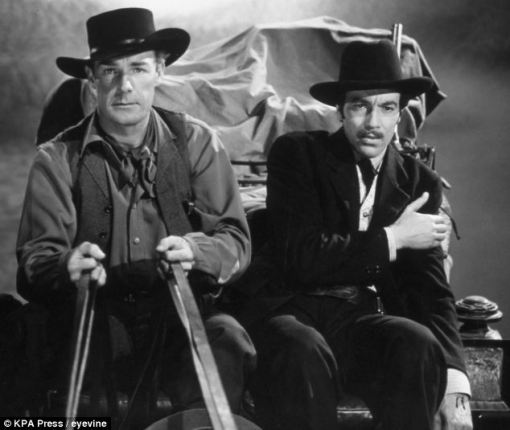 In “Frontier Marshall”, Doc Holliday doesn’t even make it to the OK Corral. He is killed earlier and Wyatt Earp goes alone to the Corral and kills the entire gang! 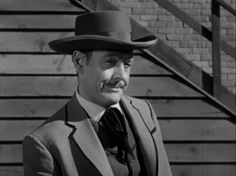 Myron Healy in several episodes of “The Life and Legend of Wyatt Earp.” 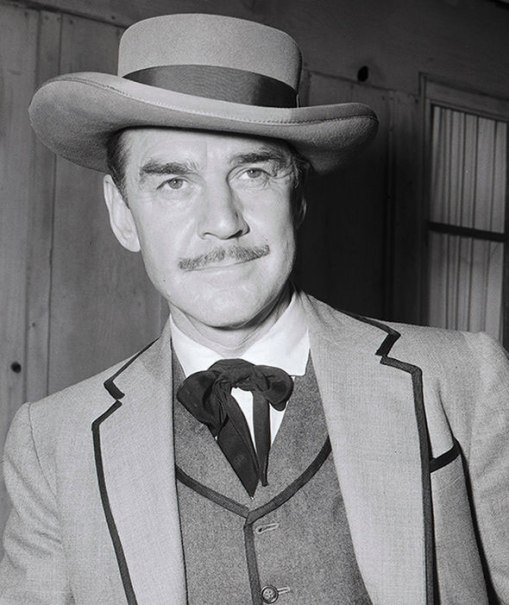 The episode of this TV series (starring  Hugh O’Brien as Earp), does a good job of telling the OK Corral story, with Wyatt explaining to a judge in flashback the events.

The episode is on You  Tube. 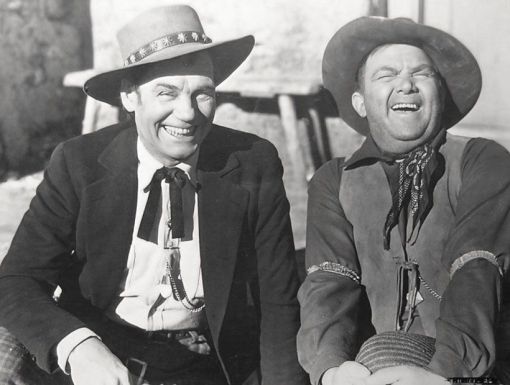 Walter Huston as Holliday, here on the set of THE OUTLAW, with Thomas Mitchell. 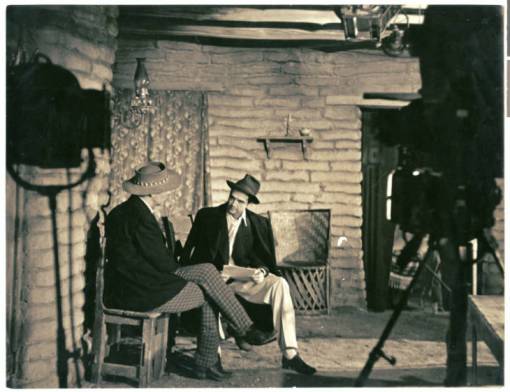 Two rare photos I found  recently of Walter Huston on the set of “The Outlaw”, with the film’s producer, Howard Hughes 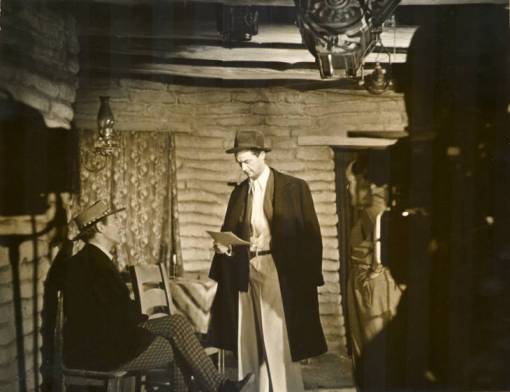 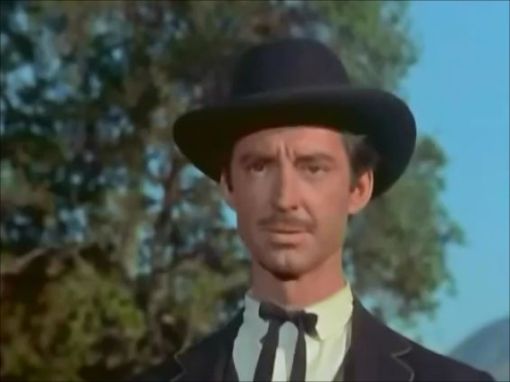 James Griffith was good as Holliday in “Masterson of Kansas.” 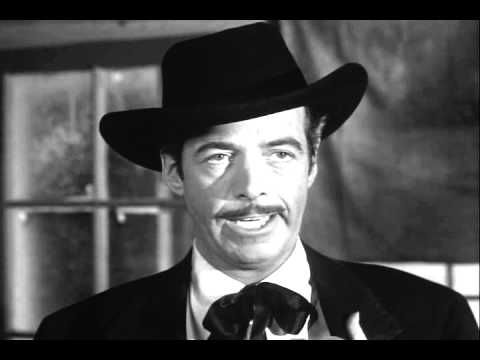 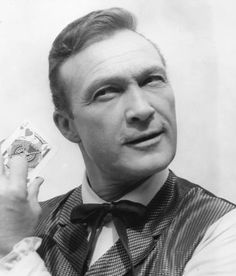 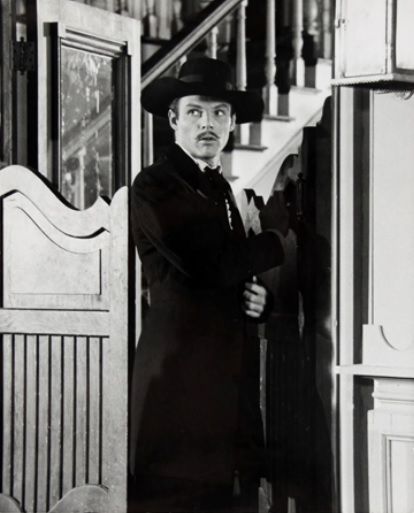 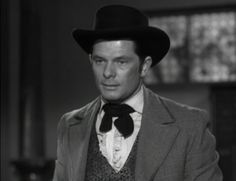 Kent Taylor in TOMBSTONE, THE TOWN TOO TOUGH TO DIE. 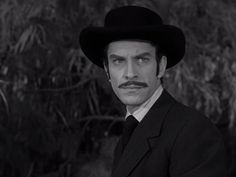 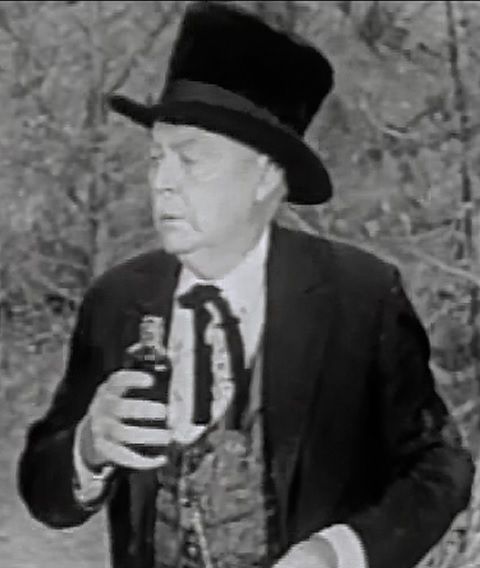 Don Beddoe in PISTOLS AND PETTICOATS. 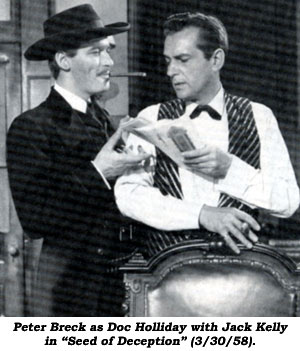 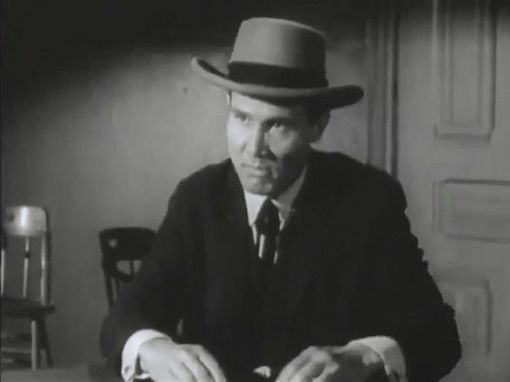 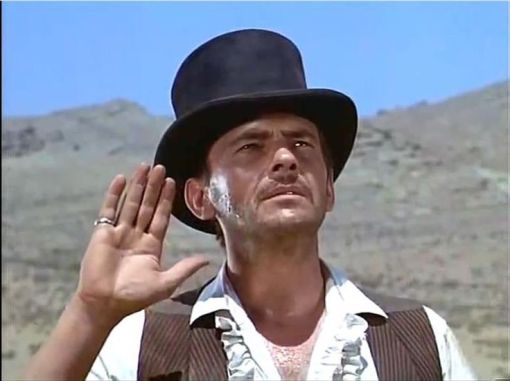 Jack Kelly in THE HIGH CHAPARRAL. 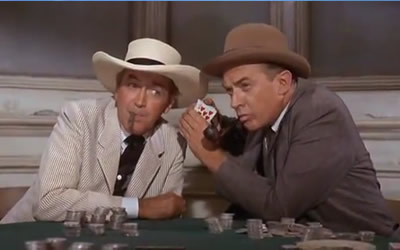 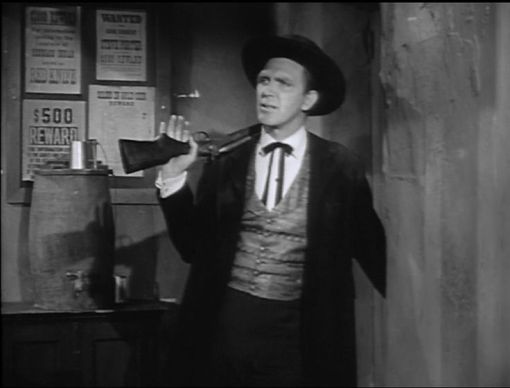 Robert Lansing in THE TALL MAN. 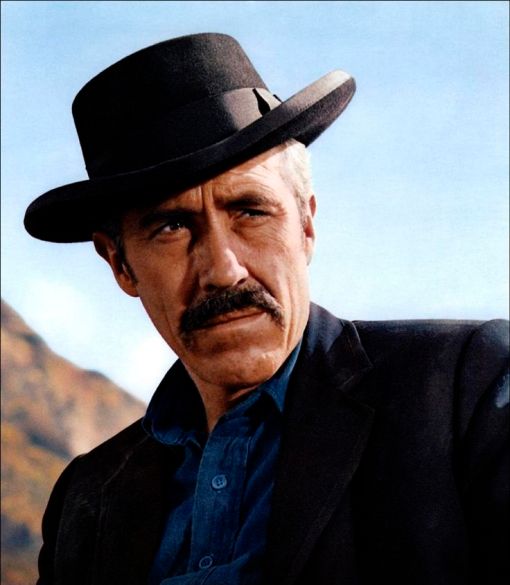 Jason Robards in HOUR OF THE GUN.

Holliday has also been played by Stacey Keach and Val Kilmer and Dennis Quaid. 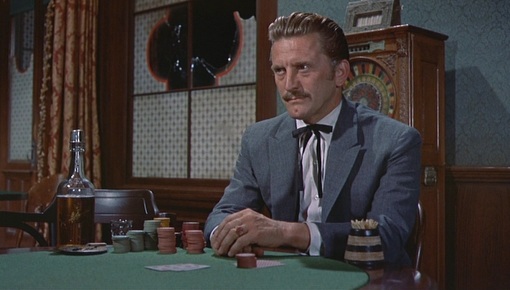 GUNFIGHT AT THE OK CORRAL.

Kirk Douglas is excellent as the consumptive Holliday who knows his time is limited.

I’d love to see all the TV  versions  of Doc Holliday. Can anyone comment on a favourite ‘Doc’?

Are there any other Doc Holliday portrayals I’ve missed? 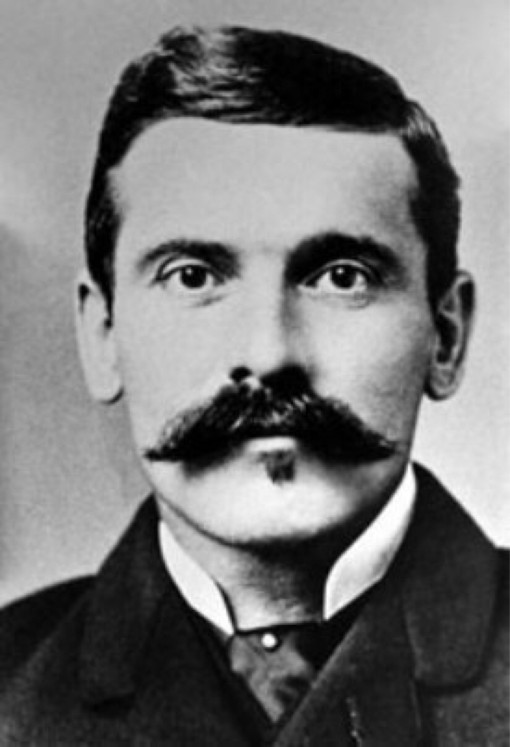 The real John  Henry Holliday. He was a trained dentist, not a doctor as portrayed in some films. He died at the age of 36 from tuberculosis. He was a gambler and handy with a gun. He and Wyatt Earp were friends.

At one time, he took an ad out in a local paper, saying:

“J.H.Holliday, dentist, very respectfully offers his professional services to the citizens of Dodge City……where satisfaction is not given, money will be refunded.” 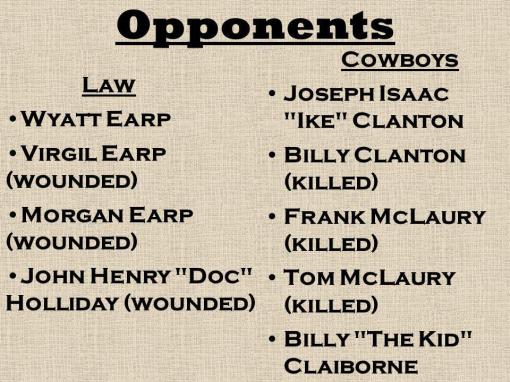 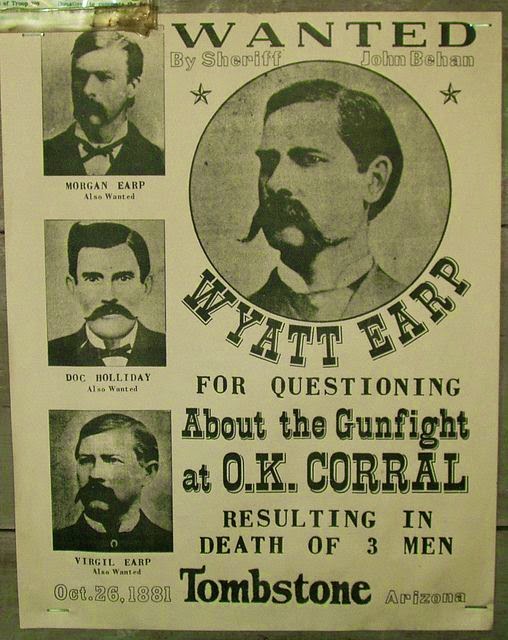 According to records, the famous fight in 1881 only lasted 30 seconds, and did not take place in the corral, but nearby.

Political opponents of Wyatt Earp put him on trial for the deaths of three of the outlaws at the Corral. He was cleared.

EXTRA: My thanks to Corey for pointing out that the photo of Doc Holliday which I used above is not the famous dentist. It is in fact John Escapule who settled in Tombstone.