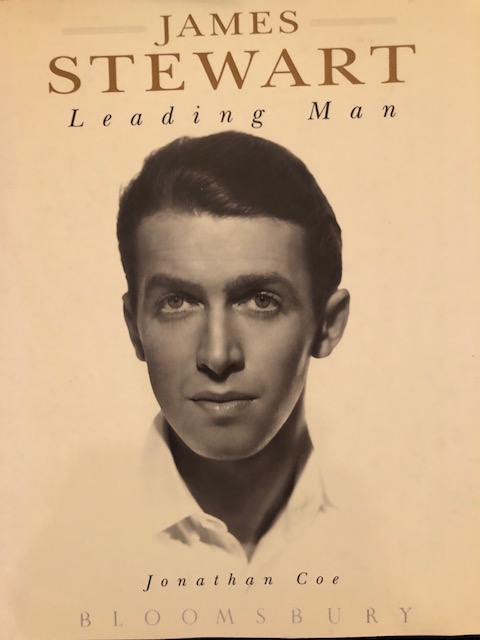 I picked up this 1994 well illustrated book on James Stewart by Jonathan Coe for £3. A real bargain.

The author covers Stewart’s career in some detail in under 200 pages. And Jonathan Coe doesn’t hesitate to criticise as well as praise.

Every Stewart film is covered, the early career when he ‘began  to climb up the MGM star roster with surprising agility.”.

How some admirers see in Stewart “the cinematic equivalent of Mom’s apple pie.”……. but pointing out how many of his key performances are subversive of his image…..working with directors Anthony Mann and Alfred Hitchcock.

The author has no problem stating his own likes and dislikes of James Stewart’s films. He doesn’t like YOU CANT TAKE IT WITH YOU; he thinks SHOP AROUND THE CORNER is  Stewart’s best pre-war film; he rates THE GLENN MILLER STORY above MR. SMITH GOES TO WASHINGTON  and IT’S A WONDERFUL LIFE.

And each view is explained very well, with examples of why the author feels the way he does, whether you agree with him or not.

”It’s a Wonderful Life” is described  as ‘having been elevated to a realm above and beyond the reach of criticism.’

Apparently when James took to the stage in 1947 in HARVEY, he got some of the worst reviews of his career – (I wish I could find some of these reviews.)

Some of the films are (rightly) described as “pot boilers” – MAGIC TOWN, MALAYA, YOU GOTTA STAY HAPPY.

BROKEN ARROW brought Stewart back to the western for the first time since DESTRY RIDES AGAIN. And there is a detailed look at the Mann and Hitchcock films.

It was interesting to read how James’s agent ,for WINCHESTER 73, negotiated  50% of the profits instead of a flat fee, making the actor $600,000! And that he had the same percentage deal on “The Glenn Miller Story.”

And I didn’t know that Beulah Bondi played James’s mother five times! ( OF HUMAN HEARTS, VIVACIOUS LADY, MR. SMITH GOES TO WASHINGTON. IT’S A WONDERFUL LIFE and in an episode of The Jimmy Stewart Show in 1971.)

Well worth a read.   (Jonathan Coe has also written a biography of Humphrey Bogart, TAKE IT AND LIKE IT which I hope to get hold of. 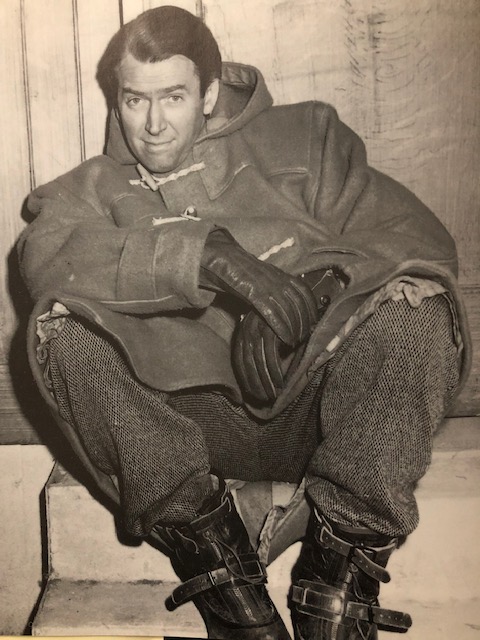 On the set of NO HIGHWAY.