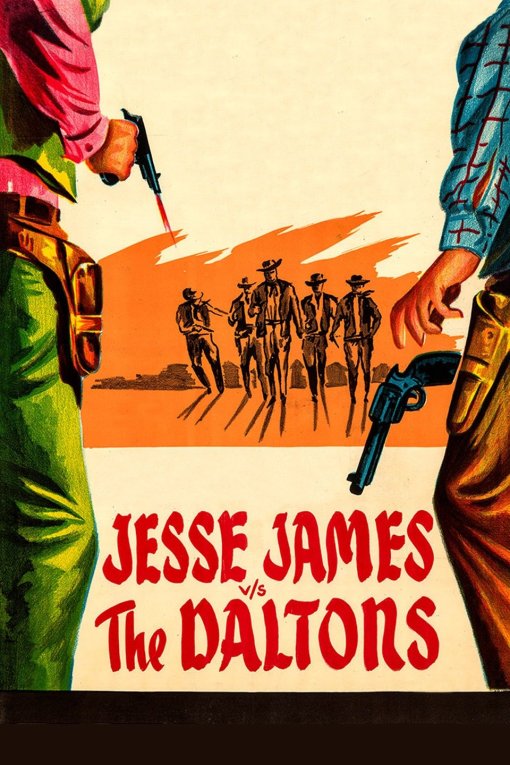 With a title, JESSE JAMES VS THE DALTONS, I don’t think it was unreasonable to expect to see ‘Jesse James’, but no.   The famous outlaw becomes the invisible man!

Brett King plays ‘Joe Branch’ who has grown up thinking he is the son of the famous outlaw. He is convinced Jesse is still alive (he isn’t ),  and enlists the help of Barbara Lawrence and the Daltons to get to the truth.

Coincidence: Brett King played Jesse James in an episode of “Yancy Derringer” in 1959. 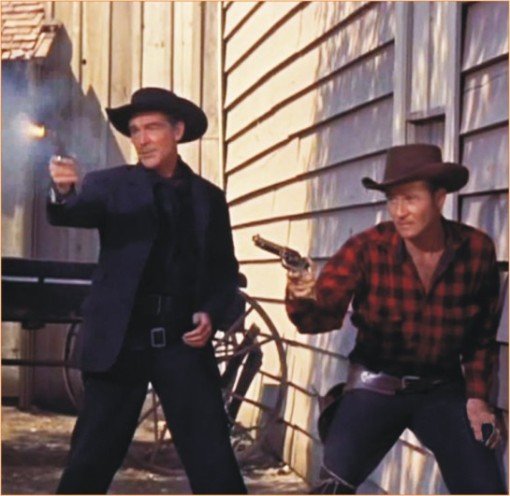