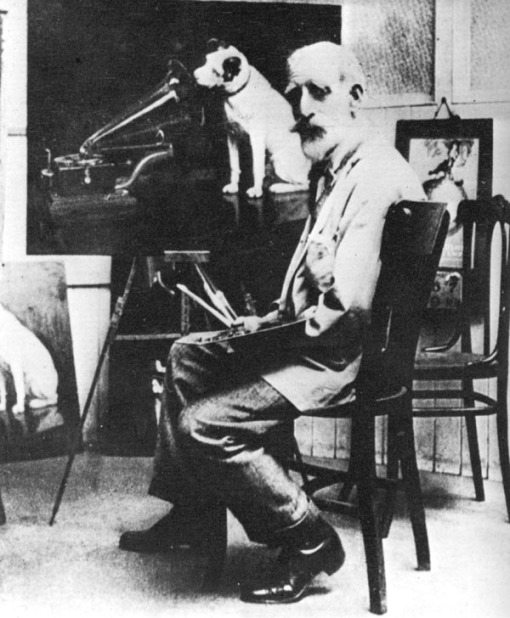 Sad news at Christmas that Britain’s last specialist film and music shop chain, HMV , is in administration, with the future of the 130 stores in jeopardy. The internet, streaming and the prohibitive costs of running large shops have affected HMV’s profitability. 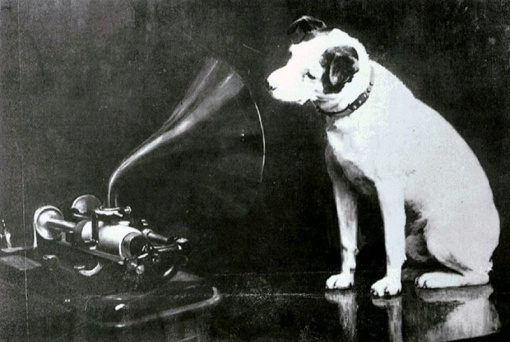 The history of HIS MASTER’S VOICE goes back over 100 years. It’s roots go back as far as the 1890’s and the Gramophone Company, one of the earliest recording companies.

In 1899, an English painter, Francis Barraud completed an oil painting which he called “His Master’s Voice”, portraying his dog Nipper which had died three years earlier.

Nipper had belonged to Francis’s late brother Mark who had lived  in Bristol.

Barraud didn’t have much luck selling the painting  until someone connected to the Gramophone Company  purchased it and adopted it as a trademark. All the painter got, for what was to become an iconic object , was £100.

As originally painted, the dog is quizzically looking into the horn and wondering how sounds come from the cylinder phonograph – an Edison cylinder machine with a black horn.

Barraud then, at the request of the Gramophone Company, did another painting, featuring a wind up gramophone.

I read that the original oil painting hung in the EMI boardroom in Hayes, Middlesex. Also, it was displayed at EMI Music’s Gloucester Place HQ in London.

Barraud also painted  over 20 copies of the painting for various Gramophone  Company offices. 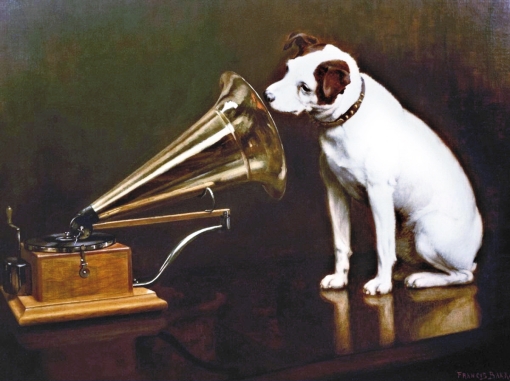 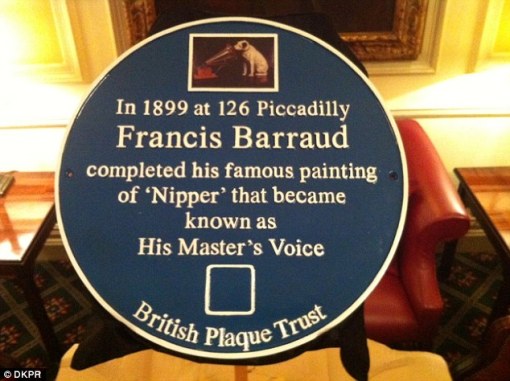 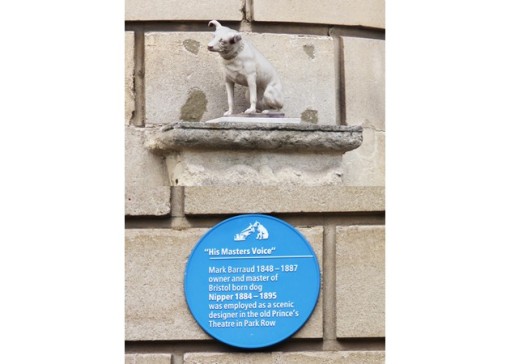 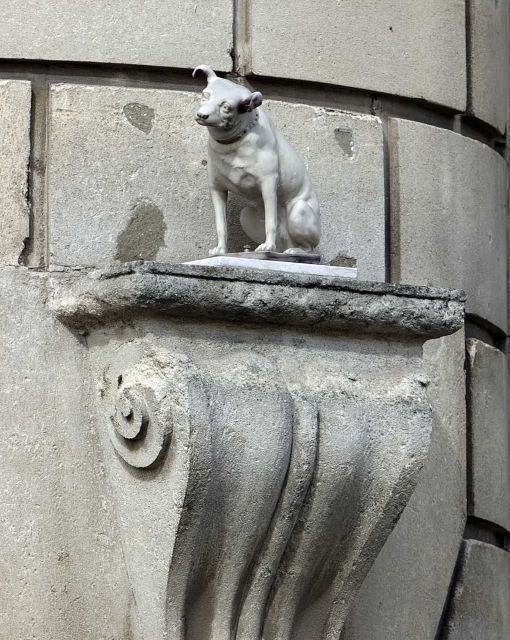 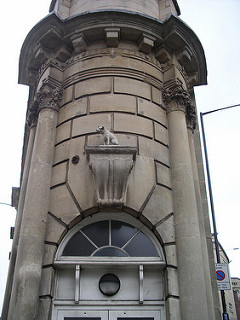 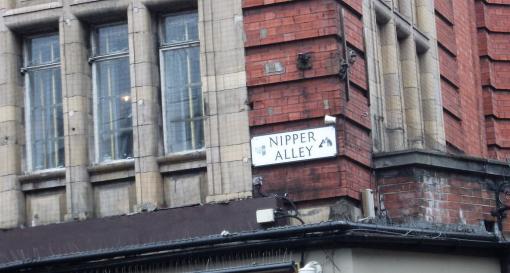 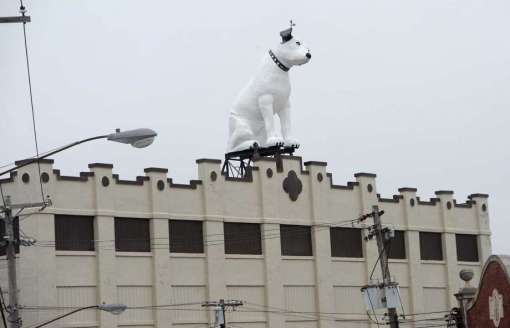 This oversize version was built in 1954 atop the RCA building in  Albany,New York. Because if its size  (25 feet) and position on the roof, an aircraft beacon was put into Nipper’s right ear. 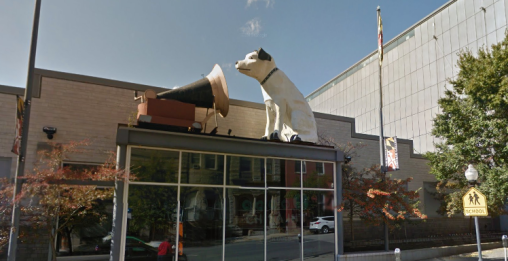 The former RCA building  in  Baltimore ,Maryland had this 18 feet statue. It now rests at the Maryland Historical Society. 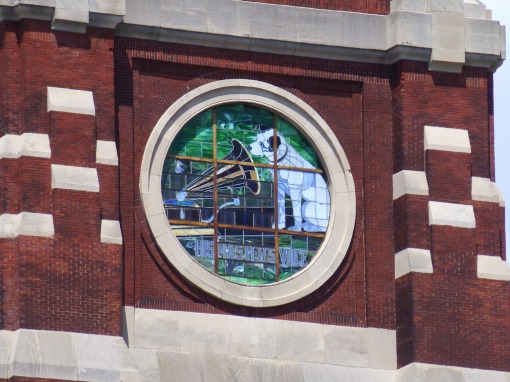 Nipper in stain glass at the former RCA building in Camden,New Jersey. 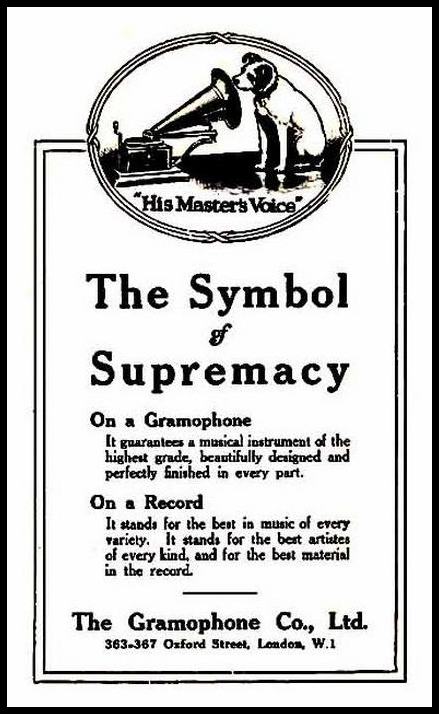 From 1902 most Victor records in America  had the dog and gramophone  image on its labels. Magazine ads urged record buyers to ‘Look for the Dog!’. 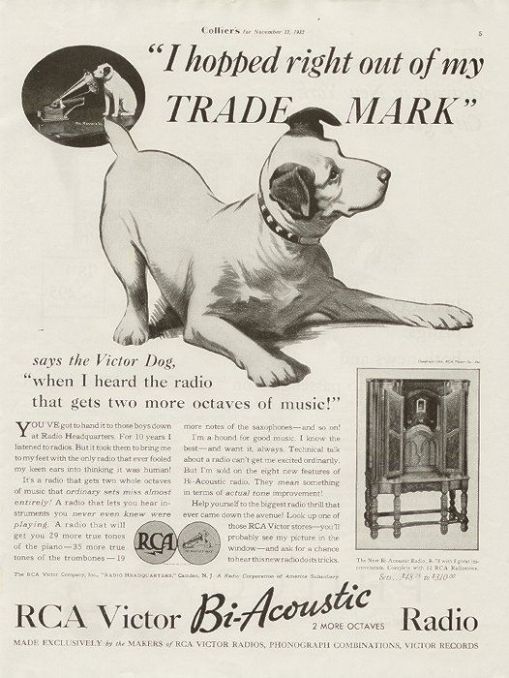 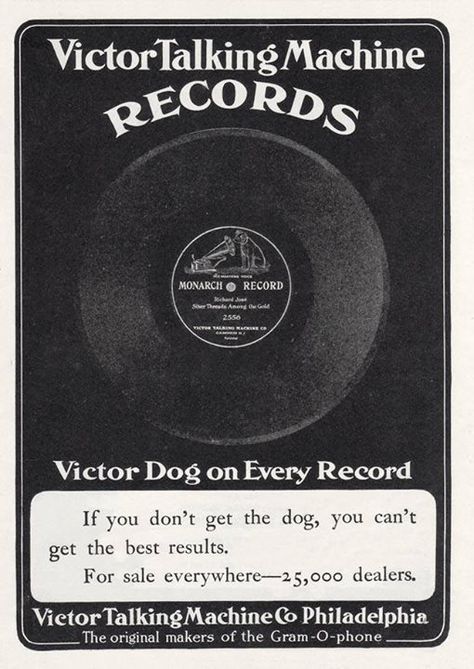 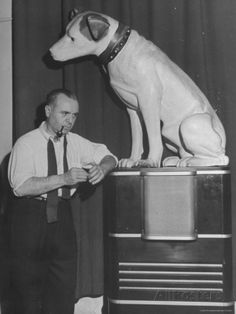 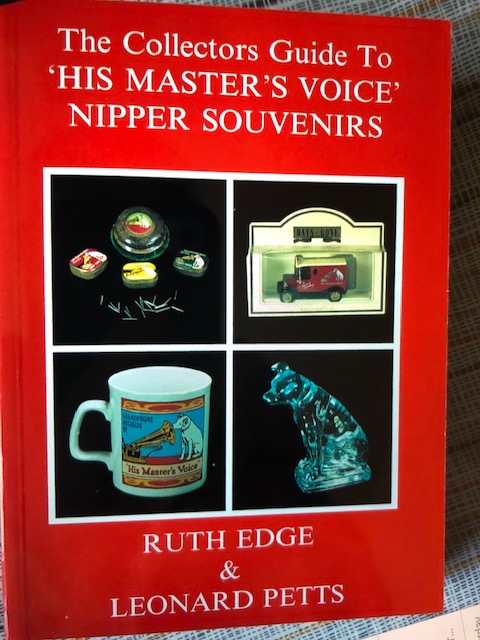 My thanks to Siriami for news of this 1990s book which I’ve just ordered.

The first HMV shop opened in London in 1921, selling sheet music and gramophone  records.  I hope the new year  doesn’t bring  to an end this national institution. 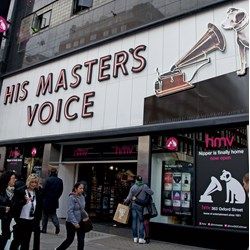 And finally, my own HMV/Nipper mascot. 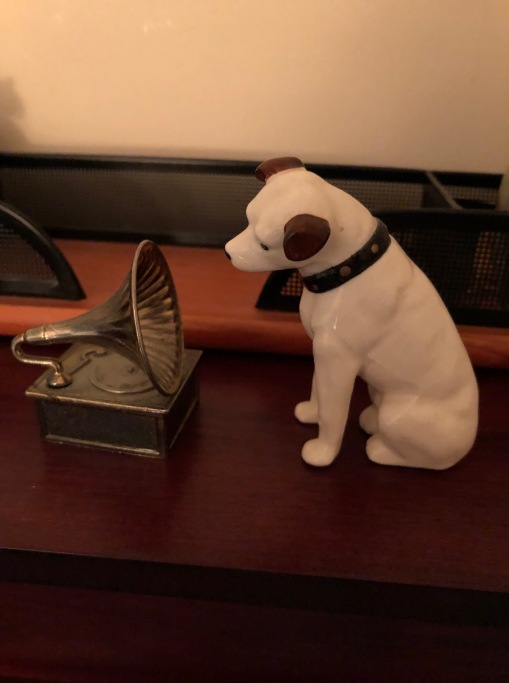 And from my friend,Alistair, his Nipper collection: 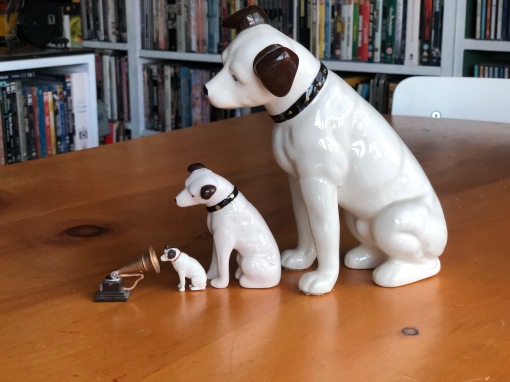