In the  ruins of post war Berlin,  the United Nations Relief and Rehabilitation Administration (UNRRA) tries to reunite children from all over Europe separated from their parents , or find them new homes.

Aline MacMahon is ‘Mrs. Murray’, one of the UN officials who leads a team looking after the child refugees who, when they arrive at the Agency,  are often in rags and bare feet.

One little boy, ‘Karel Malik’ ( Ivan Jandl) has been in a concentration camp and is so traumatised that he does not speak except to say he does not know anything. His mind has shut  down, he only has primitive reactions.

After running away from the agency,  Karel meets an American army engineer, Steve ( Montgomery Clift) who cares for the boy after gaining his trust. Steve slowly teaches him English (Karel is  Czechoslovakian).

Karel’s mother , ‘Mrs. Malik ‘ (Jamila Novotna) has escaped from the concentration camp and has spent months trudging around the zones of occupied Germany searching  for Karel.

There are so many moving scenes in this film, and mainly because of the superb performance of Ivan Jandl who had never acted before.

As Karel becomes more human with the care and kindness he receives from Steve , his memory starts to function. When he hears the word ‘mother’, he says, “Steve, what does it mean – mother?”

And suddenly he remembers he had a mother. He cries out to Steve, “where is my mother? I have a mother. Where is she?

He has a vague memory of a camp and leaves Steve’s apartment, running towards a factory that is nearby. There is a fence which is also a memory to him.A group of factory women at the end of a shift stream by him in silence while he looks at their faces, searching for his mother. 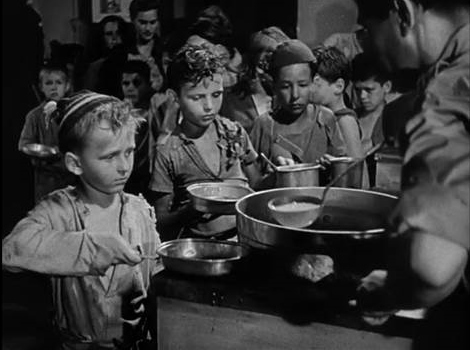 The children are fed at the UN agency. All are silent.

Wendell  Corey has a supporting role as Clift’s army buddy.

Some lighter scenes in the film when Steve is figuring  out how to teach English to Karel. 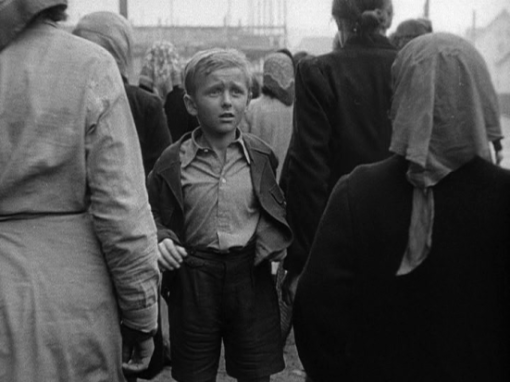 Karel and the factory workers. 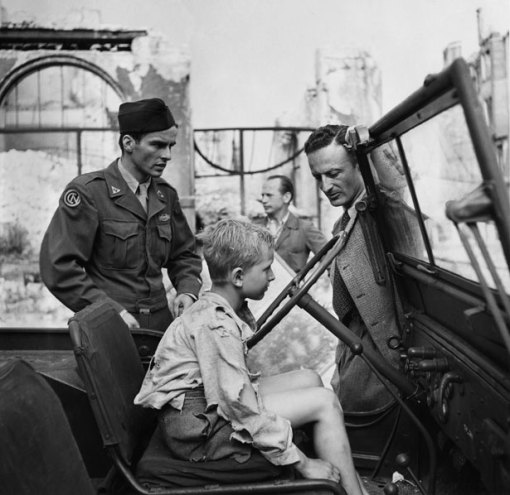 And ,spoiler, there is a happy ending. 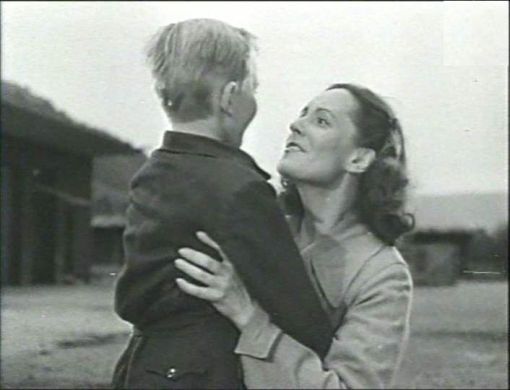 Ivan with his Oscar and Golden Globe.

It’s  amazing to read that Ivan Jandl (1937-1987) had never acted before and spoke no English. That of course says much for the direction of Fred Zinnemann.

This is one of the best child performances I have ever seen.

Ivan was awarded a juvenile Oscar but the Czech government would not let him got to Hollywood to collect the award. Fred Zinnemann accepted the Oscar (and a Golden Globe) for Ivan. The Oscar was then  passed on to the Czech ambassador . 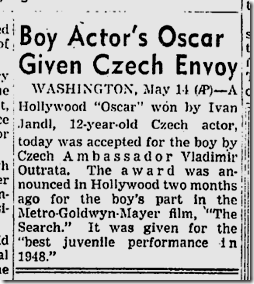 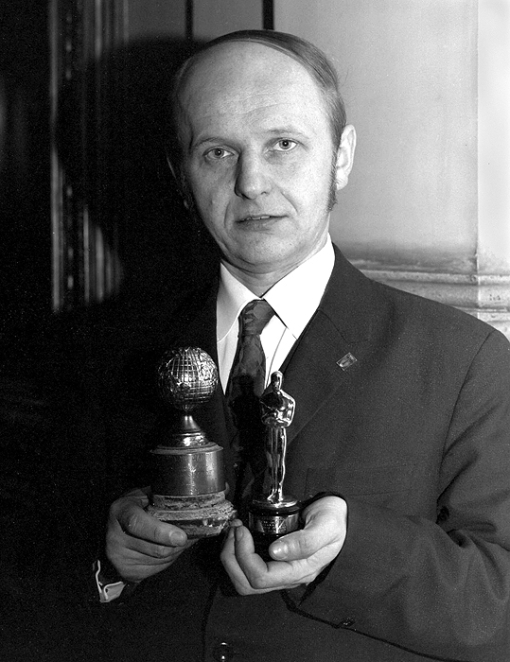 Ivan appeared in a few Czech films in 1949/50 and then found work on radio. He died in Prague, aged 50, in 1987 from diabetes complications.

The film was shot in the ruins of Munich and Nuremberg, with interiors in a studio in Munich.

This was Montgomery Clift’s second film, but released before “Red River”.

A  Czechoslovakian patriot, Jarmila was exiled from her homeland by the Nazis and then the Soviets. She sang in Europe and America and appeared in THE GREAT CARUSO. Her memoir, “My Life In Song” was published in 2018.

“The  Search” is a remarkable film and is available on dvd  in the Warner Brothers Archive Collection. 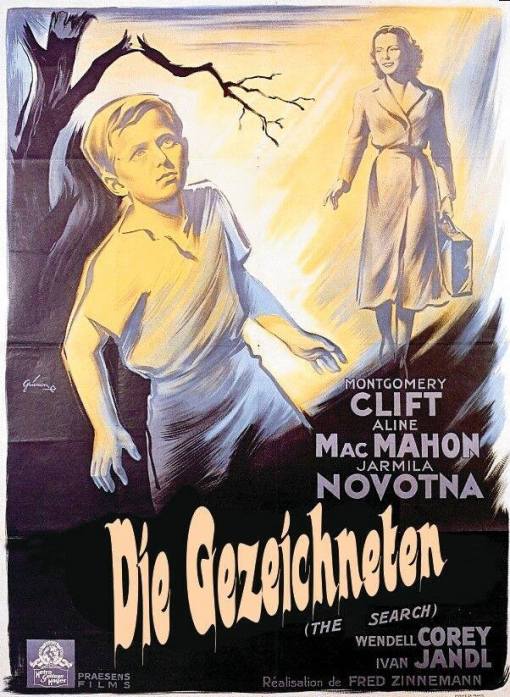 The innocent casualties of war.

A poster by MGM for film exhibitors , indicating how they should exploit the film. This was a serious film with no stars (Montgomery  Clift was unknown) and I doubt  MGM expected to make a profit.